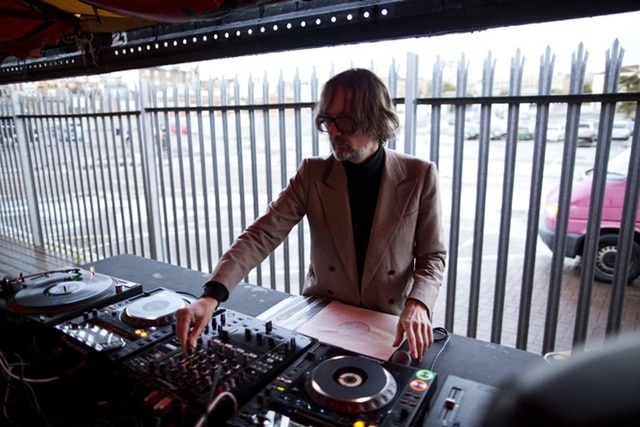 Jarvis Cocker, DJing at the Dreamland dodgems, By The Sea 2016 (Photo: James Thompson)

There’s a queue for Dreamland’s dodgems on a chilly Saturday evening, but the atmosphere at the second edition of By The Sea is relaxed and jovial. Underneath the Scenic Railway, Britain’s oldest wooden rollercoaster, ales are being supped, fancy-dress aficionados are sauntering past batting fake lashes, and behind decks in the dodgems venue Jarvis Cocker is deadpanning over a mic in that national treasure voice of his as a setlist of glam rock and outsider indie plays and dodgems race round and collide.

Margate is that most original of British seaside resorts. A place of faded grandeur, with the Dreamland theme park, winter gardens, ice cream parlours and fish ‘n’ chips, it’s everything a British holiday would have been before Freddie Laker’s upstart Skytrain operation showed up and whisked away its clientele to the sun-kissed costas. In common with so many British seaside resorts, Margate’s building stock and economic fortunes have since been through rough times.

But lately the Kent resort town has been sporting signs of renaissance. With panoramic views of sea and sky, extensive sandy beaches and wonderful sunlight, it already had the environmental basics covered. In 2011 it gained the Turner Contemporary Gallery, named in honour of an artist noted for his takes on this coast, and high speed trains from London followed – even if the section after Ashford is rather country branch line compared with the section before. Slowly but surely, from London and elsewhere, priced-out emigrés in search of affordable breathing space in which to live their dreams have been taking on the fix-em-up houses and business premises. Now cake, coffee, vintage clothing, locally made arts and crafts and even grooming kits for dogs can be had from assorted charming shops dotted around the old town. 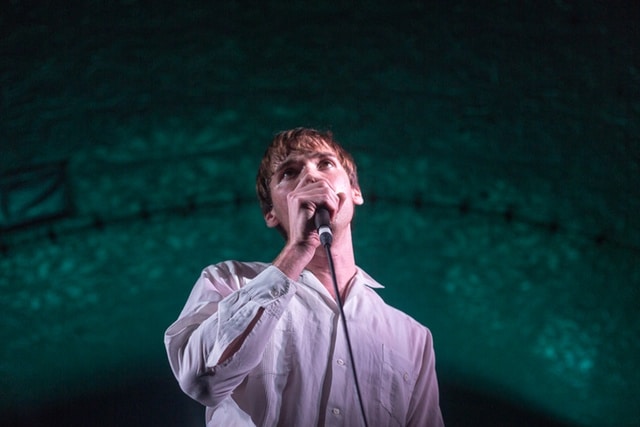 Concurrently, the beginnings of a cultural scene have sprung up. In 2015, the people behind the Moshi Moshi and Transgressive labels decided they could bring something to the mix and launched the By The Sea festival, based amid the creaking rides of Dreamland. Its inaugural year saw sets by Foals, Hot Chip, Tom Vek and Teleman. Less than a year later and the festival returns, and it’s immediately clear that its unique setting is as important as its savvy booking policy and keenly-priced tickets for making a success of this.

On a hail-interrupted day at the seaside, Cocker on the dodgems is a highlight of the curiosities on offer; many of the rides are open – even if the rollercoaster is not – and a trip on the Phantom Express ghost train, a self-peddled voyage on “the retro ride of the future” Monotopia and a giggle round the Mirror Maze are all endearingly good natured pastimes. Here we have a combination that’s one part nostalgia, one part hint of memory, lightly dusted with irony, and combined with a willingness to bother on the part of punters and organisers alike it works a treat.

Saturday afternoon’s fringe programme at the intimately peeling Margate Museum exemplifies this formula. Amid relics, bones and oil paintings we’re treated to acoustic-ish sets from Hot Chip’s returning Alexis Taylor, this time seated at a Wurlitzer with wistful arrangements in place of the rest of the band, and Margate residents Slow Club, who overcome staging and sound difficulties – and the need to share a capo – to deliver a set of lovely country-noir. 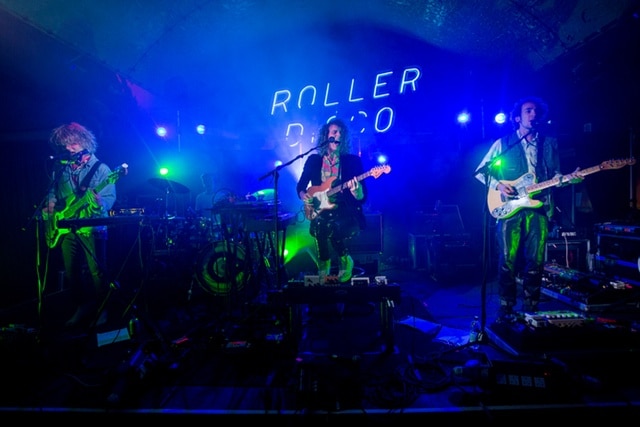 Mystery Jets at Dreamland’s Roller Disco, By The Sea 2016

The event’s two main venues contrast in size and character. The Roller Disco’s curved roof and long profile proves to be splendid acoustically and atmospherically. Early on the opening night it hosts the boyish pop chops of Meilyr Jones, the white-shirted Welshman’s strong stage presence somewhere between Roddy Frame and John-Boy Walton, his vocal delivery recalling Morrissey and Brett Anderson and his music getting the crowd – including Gruff Rhys – quickly on side.

At the opposite end of the volume scale, revelatory Scot Anna Meredith goes wild on a keyboard with a backing band featuring a bloody tuba, and a fantastic wall of sound powers up some kind of sonic avant-garde carnival as she reels off the stunned-at-five-paces tour de force that is Nautilus, the opening track from her Moshi Moshi-released debut Varmints. Without words, it screams: “I AM HERE AND HAVE STARTED, COME JOIN ME,” and the only thing to do is oblige. The level of musicianship across her set is extraordinary to behold, and she makes it all look like an absolute blast.

Up a short hill squats the hanger-like larger venue, Hall By The Sea, which finds space for bars and a stage but curiously no toilets. Bat For Lashes’ Natasha Khan – watched from the wings by Cocker – throws her bridal bouquet at the audience, hits a lighting gantry with it, and dissolves into a fit of giggles. Her mid-evening spot works well for what is a relatively downtempo offering majoring on recent album The Bride, and it’s striking how confident the Mercury nominee is in her own voice these days; she oozes star quality.

On the opening night the returned-from-hiatus Super Furry Animals play an indulgently epic set replete with Gruff Rhys clad in what appears to be an undersea welding helmet, with furry outfits, audience applause signs and the welcome reprise of their very particular brand of psychedelic rock. The ascendant Wolf Alice headline the second night, contrasting with the grizzled Welsh veterans and proving the savvy booking policy of the By The Sea overlords, one underlined by well-received sets by Kendal boys Wild Beasts and Australian slow-poppers Jagwar Ma.

With self-proclaimed “world famous genderfuck army” Sink The Pink on hand at the Roller Disco to play ‘80s power pop in heels into the small hours of Sunday morning, By The Sea concludes having found time, place and space for a terrific range of offerings on a human scale. Contributing to the welcome rediscovery not only of Margate but also the Dreamland park, By The Sea is a reason par excellence to holiday at the great British seaside.