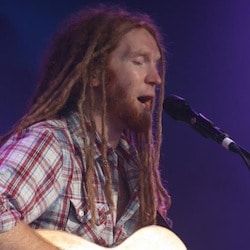 If 2011s festivals were to be judged on the weather alone, the cooperative Cambridge Folk Festival would be untouchable, basking in the glorious late July sunshine where others have sunk beneath the mud. The weather is perfect hot, balmy and just the thing for spreading out the picnic basket, pouring the Pimms and settling down for an afternoon and evening of the best traditional folk and world music has to offer.

The Cambridge Folk Festival is certainly one of the more genteel and civilised fixtures on the summer calendar, a festival that has grown up with its Chardonnay socialist audience to become a languid, grande old dame of the festival circuit. No groups of vomiting teenagers roaming the dance tent here (not, of course, that there is a dance tent, although theres many a jig to be had), just nice middle-class, middle-aged former hippies in ethnic prints enthusing about the joys of mandolins and clean-cut young anti-punks championing the survival of the banjo and waiting for the day they can cultivate the required amount of facial hair to be fully admitted into the folk fraternity.

One of the first things about the Cambridge Folk Festival that makes an impression is its cleanliness its not so much that there are more litter bins provided than at other festivals (there dont seem to be) but more that the entire audience has decided, en masse, that it will not drop the cardboard carton its organic falafel came in onto the floor, but dispose of it properly and neatly. This is not only true of the festival site proper but also, even more remarkably, of the campsites too. This is not just because this is the first day on site, either although the main programme starts today, there was a significant lineup yesterday to draw the crowds. Its just that people are more polite, more tidy here than elsewhere. The rules and responsibilities of the outside world seem to carry more weight.

Then, of course, theres the music. Scottish folk band Manran kick off the main stage proceedings, followed by cajun troubadours Feufollet; this combination of Celtic Brit and fiddling foreigners sets the pace for the entire weekend. If theres one instrument that holds the festival together, and unites folk music from around the world, surely the fiddle is it and theres even the chance to brush up on your fiddling skills in a Club Tent workshop courtesy of Brian McNeill, formerly of the Scottish Academy of Music and Drama.

For those who prefer listening to music than learning to play it, chart-bothering dreadlocked folkie Newton Faulkner is charming the picnickers back at the main stage, followed by The Robert Cray Band, whose old-fashioned timeless blues arguably push the boundaries of folk but is nonetheless welcome for it. Cray is a great warm-up for tonights headliners Bellowhead, who prove that disco bagpipes can work. Only at a folk festival, admittedly, but its still an admirable achievement. More bands should sound like this.