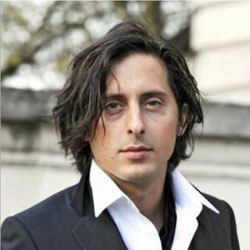 Since the furore of that performance at Reading and Leeds festivals this summer, Carl Barât has spent the majority of his waking hours fielding rumours and speculations of The Libertines reforming.

It’s a wonder therefore that he’s managed to find the time to launch a debut album and autobiography, let alone rehearse and coordinate a solo tour. Yet as he sets foot on stage at the Cambridge Haymakers tonight for the second of 11 UK dates, he looks anything but lacklustre and wastes no time in igniting his crowd with the liveliest track of his self-titled album, Run With The Boys.

Suddenly it’s each man for himself, as boyfriends forget their girlfriends and staff abandon the bar, all in an attempt to get a close-up of the ‘new’ Carl Barât.

Aside from strings accompaniment there is very little that’s visibly different about the front man, who still sports his trademark snug leather jacket, other than a new air of confidence as he delivers his solo material and some oldies.

Maybe it’s the comfort of having girlfriend and mother of his unborn child, 21-year-old Edie Langley of The Langley Sisters, to his right on cello and backing vocals that makes him look as comfortable on his own as he was with his Libertines co-star Pete Doherty. That and the adoring crowd for whom tonight he can do no wrong, especially when he unleashes The Man Who Would Be King, the first of many Libertines’ favourites, which despite the lack of Doherty’s harmonies, sends the crowd into a frenzy.

Emotive tracks from the new album Carve My Name and She’s Something – both of which Barât attributes to lovers lost – slow the tempo somewhat, but not for long. The guitar riff for Dirty Pretty Things‘ Deadwood, from the 2006 album Waterloo To Anywhere, sees fans surging to the front as Barât whips off his jacket and jigs up and down in the uncomfortably crazed fashion reminiscent of his Libertines days.

Positioned behind two speakers to the right of Barât no longer seems the safest seat in the house for seven-months-pregnant Langley, and once she has lent her vocals to what is arguably the best track on his new album, Song For My Lover, she is helped off stage.

Roadies and sound crew grapple to keep speakers from toppling while simultaneously keeping the former Brunel drama student supplied with rum & coke. The energetic set, which lasts just over an hour and features the majority of his new album, is brought to close with The Libertines’ fourth single and indie anthem, Don’t Look Back Into The Sun. The mere opening chords are enough to spark a bout of crowd surfing and attempts to storm the stage; some fans bear the famous Libertines tattoo, indicating the extent of Barât’s fan base and continued popularity.

Once a Libertine, always a Libertine, and it’s clear from tonight’s performance that this crowd will follow and support him, with or without Doherty, on whatever path he chooses.