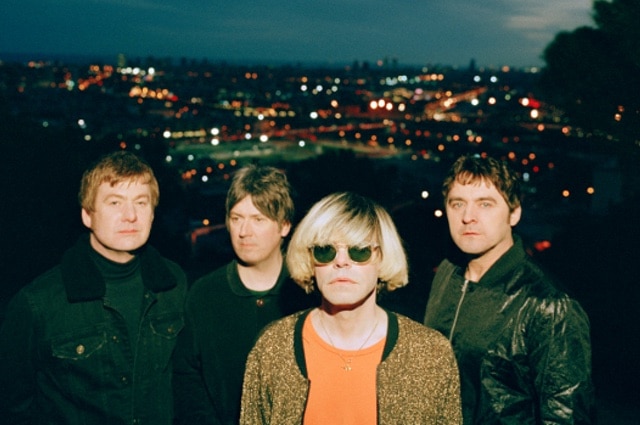 The Charlatans experienced their original ‘golden age’ during the mid to late 1990s when they released music that was to define them for many years to come. Subsequent years may have saw them continue to release albums fairly regularly but, while still loved by the band’s loyal following, they arguably didn’t quite have the impact of their predecessors.

The release of Modern Nature in 2015 however changed this, kickstarting a second prime period which has most recently culminated in the release of their 13th album Different Days. It’s undoubtedly their most ambitious offering yet, drawing from a broader stylistic palette, containing spoken word interludes and featuring guest appearances from the likes of Paul Weller, Lambchop’s Kurt Wagner and New Order’s Stephen Morris.

Tonight in Brixton they play a set that focuses mostly on their last two albums but also sees them cherry pick selections from their past. Not Forgotten opens the show in radiant style and it’s hard not to think of it as an up front acknowledgement of past band members now sadly gone. Out of all the videos and images projected on to the screen at the back of the stage tonight it is those featuring the likes of Rob Collins and Jon Brookes that are the most poignant.

From the new album it is title track Different Days and Plastic Machinery that immediately stand out, two classic additions to The Charlatans catalogue, both bold, vivid and burgeoning (in between author Ian Rankin appears on the screen to impart his spoken word contribution on Future Tense). Over Again is nimble and deft, featuring a sprinkling of keyboards but the guitars are heavier tonight (a feature of several songs).

Later in the set album closer Spinning Out offers a break from the full-pelt nature of the opening half. Hey Sunrise continues their run of atmospheric slow-burning album openers but tonight is transplanted to the middle of the set and has an anchoring presence (earlier they play another – Talking In Tones). During the encore the joyous There Will Be Chances sounds like the peak of a particularly good party, and also shows how they still have a strong attachment to their original sound (in some respects it wouldn’t have appeared out of place on their debut album such is its youthfulness).

They shuffle their deck in terms of their back catalogue, showing off the different phases and influences they have gone through, and demonstrating why they are still in favour with parts of the music press that wouldn’t go anywhere near some of their ‘90s guitar contemporaries. So Oh still reels hedonistically and Love Is The Key channels Curtis Mayfield and Prince. Senses meanwhile is a reminder of Burgess’ infatuation with Bob Dylan, whereas One To Another still magnificently reconciles their love of beats and loops with Rolling Stones’ guitar riffs.

Alongside evergreen classics like Weirdo, Just When You’re Thinkin’ Things Over and The Only One I Know they prove that they are undeniably A Very Good Saturday Night Band. Appropriately, they close their main set with their disco banger Let The Good Times Be Never Ending. During Plastic Machinery Tim Burgess sings “our life is just like a dream to me” and it’s easy to see why – his band are enjoying a creative high, and sending thousands of people home happy at the same time.