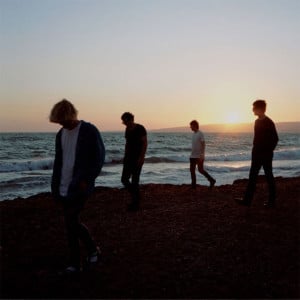 There’s a law of physics (Newton’s third law of motion if you want to be specific) that states that for every action there is an equal and opposite reaction. In some ways it seems an apt if unlikely reference for The Charlatans in 2015. After experiencing a difficult few years culminating in the tragic death of founding member and drummer Jon Brookes in 2013 they’ve returned with Modern Nature, arguably their best (and certainly their most positive) album since 1997’s Tellin’ Stories. On the surface it’s a remarkable turnaround but one that shouldn’t come as a surprise, such is the band’s ability to brush adversity aside. While tonight’s show sees them play all of their hits from their past there’s no sense of the band looking back – their embracing of life and joy-through-music approach is clear for all to see.

The early sections of their set confirms much we’ve always known. The slow-burning majesty of Forever is still the perfect live opener and the 23 year old (!) Weirdo still fills venues with its ricocheting energy. The different-era, feelgood guitar-pop of North Country Boy and Tellin’ Stories sits comfortably alongside the first material aired from Modern Nature. They move through the subtle gear changes of the Hammond organ-swathed Talking In Tones before reaching So Oh which, with its woozy, almost Balearic quality, suggests what inhaling summer may sound like. It’s certainly easy to imagine it soundtracking festivals later in the year.

The rest of the new album also impresses live – Emilie has a free flowing effervescence and Let The Good Times Be Never Ending encapsulates the overall spirit of the album perfectly. I Need You To Know is as dark and heavy as they get, powered tonight by Mark Collins’ guitar playing while Come Home Baby sounds particularly euphoric in its set-closing position (and could be the track from Modern Nature most likely to cement its place as a fan favourite).

They’ve undertaken small experiments with their sound over the last 15 years or so but Modern Nature is undoubtedly a return to a ‘classic’ Charlatans sound, selectively drawing from their back catalogue (a view reinforced by how In The Tall Grass at times seems to share similar sounds found on third album Up To Our Hips and how Lot To Say has an airiness that wouldn’t have been out of place on debut Some Friendly). The central role played on the former by keyboardist Tony Rogers proves his importance to the band. Tonight they also call upon the talents of Big Jim Patterson on brass and Melanie Marshall and Sandra Marvin on backing vocals, while Pete Salisbury fills in flawlessly on drums.

However, it’s Tim Burgess with his indestructible enthusiasm and limitless energy who remains the focal point of the band – tonight tweeting photos of the crowd mid-set, excitedly referring to the event as “Big Monday”, continuously stoking the atmosphere and still giving the impression that no one else in the Roundhouse is enjoying the show as much as him (towards the end, after breezing through crowd pleasers like Just Lookin’ and Just When You’re Thinkin’ Things Over he bemoans how the gig is “going too fast, going too fast”). The sound may occasionally be ragged and stray but it’s not important – gigs by The Charlatans are still far more about communal experience than detailed acoustic appreciation.

Back catalogue heavyweights gradually take over as the show progresses – the funk-fixated groove of You’re So Pretty, We’re So Pretty, the electrifying sprint of How High, the booming powerhouse of One To Another, the ever-present high of The Only One I Know, the epic finale of Sproston Green. Tonight they may be preaching to the converted, but when they’re on as irrepressible form as this they deserve every accolade thrown their way.