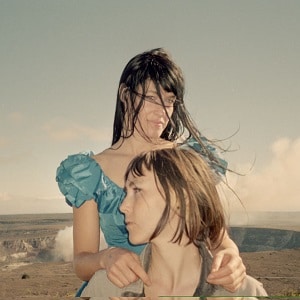 Tonight’s show at the Barbican has been billed as a “lush, lyrical and otherworldly double bill”, which is a noble attempt at describing two acts that are on the very fringes of popular music – as well as tonight’s surroundings.

It is always a somewhat surreal experience watching bands play at the Barbican, London’s sprawling culture hub. Gig attendees find themselves in allocated seating, with an experience more theatre than shoulder-to-shoulder sweatbox. As such it attracts an arty, well-informed cross-section of London’s denizens. Trevor Powers, aka the creative force behind Idaho’s Youth Lagoon, knows as much. Aside from being slightly frustrated that the crowd can’t join in with the waltz number Attic Doctor from his latest album, he is the perfect foil for an inquisitive and alternative crowd.

To describe Youth Lagoon as otherworldly is only really scratching the surface of their psychedelic, avant garde pop offerings. Powers is the enigmatic front man, armed with a mop of curls blocking the view of his array of keyboards, used to create anything from dreamy pop via Mogwai-like epic melodies to riffs closely resembling Tales From The Unexpected. Mute sounds anything but, sporting the grandeur of Sigur Rós, whilst July is equally imposing – big, bold and anthemic. He does quirky too though. As the chorus comes in during Dropla, he leaves the keys and preaches it’s mantra to the crowd: “You’ll never die” seemingly trying to point to each of the front few rows in turn. Powers isn’t an energetic front man, but what he lacks in mobility he makes up for in presence and ability to sound fascinating.

This is a talent that tonight’s headliners CocoRosie also have in abundance. In keeping with the less than conventional air to proceedings, their percussion is a human beatbox with day-glo face paint, and they have a large harp at the front of the stage. As sisters Bianca (Coco) and Sierra (Rosie) Casady emerge and start up the dreamy refrain of Child Bride from latest album Tales Of A Grass Widow, there is already a sense that they are not your typical pop act.

On stage, the bond between the siblings is strong and quite different to the multi-layered quirkiness of their albums, swapping that for a more pop sensibility.  Sierra is the voice – soaring vocals which she delivers with real power, whilst Bianca is the groove. She sings with a Joanna Newsom meets Ellie Goulding meets Karen Dreijer Andersson of The Knife sort of voice, which switches from a kind of pop-rap to normal vocals interchangeably but guides with the melody of their eccentric pop.

The energy in their live show tends to come from Sierra – big bold choruses like Poison or Roots Of My Hair are one of the reasons that the fans here tonight warm up considerably from their sedentary positions as the performance goes on. Her tendency to be far more animated (at one point she starts Cossack dancing) is in contrast to the slightly cooler posturing of her sister but, as a double act, it works.

Tonight’s highlights are the poppier version of We Are On Fire, and encore Teen Angel. Both are souped up until they are quite unrecognisable from the recorded versions; this is big, bold and blatant pop. By this point the crowd have been coaxed onto their feet by Bianca and there is even some dancing. It is impossible to ignore the appeal of the extraordinary and the otherworldly and in tonight’s two acts. Both Youth Lagoon and CocoRosie epitomise the attraction of the avant-garde, and music is all the better for them.