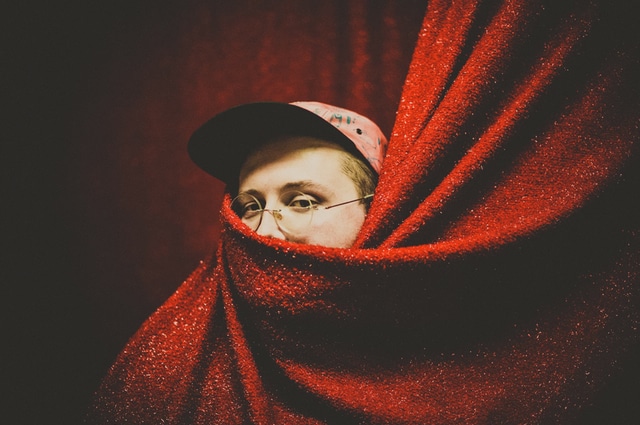 Do you know how to paint a rainbow? Dan Deacon sure does. Like living inside your favourite 1970s children’s TV show, a Deacon live show is giddy, colourful and may well be guilty of having eaten too many sweets. His music isn’t really songs as such, despite the constant squalls of processed vocals.

What we get is more an onslaught of blocky, dizzying sound, fortified immensely by the addition of a live drummer. Deacon doesn’t deal so much in light and shade but what he dishes out the audience is in many ways much more enlivening: candy-coloured chunks of aural plasma that fly out from the stage, pummeling the audience and leaving them punchdrunk.

Spattered by tracks from last year’s Gliss Riffer album, including an effervescent Learning to Relax, Deacon appears not to be on a heavy mission to promote (and CDs on sale on the merch desk for a hefty £15 aren’t going to help here). But he’s here to get the crowd hyped, knows which slices of his repertoire will do that and, crucially, knows not to outstay his welcome. The short set is bolstered by tracks from recent masterpiece America, which contributes an abridged version of the mighty USA suite towards the end.

Framed by the acid light projections, Deacon’s bald, bearded and bear-like silhouette hunches and claws at the air. Meanwhile, the sounds he pours into the vocoder emerge from the other end as a long aural squee, like a choir of thousands of ants high on amphetamines. Deacon is an unlikely showman, but a very welcome one nonetheless. While the chances of him ever becoming a proper pop star are virtually zero, the effect of watching some-tech-guy-who-looks-like-he’s-come-to-fix-your-computer naturally falling into the role of shaman is pleasing to witness.

One of his major draws as a live act is the audience choreography. It puts the focus back on the crowd at key points and prevents the evening from descending into what might feel like a glorified DJ set. He clears a circle and, in an amusing selection process involving a Garfield t-shirt, picks two audience members to engage in a dance off which ultimately descends into a free for all. Dividing the crowd into two halves, he anoints more leaders to conduct the two halves in a tribal round of follow-the-leader for When I Was Done Dying, which works less well. Then there is the ‘wall of life’, an affirmational alternative to the ‘wall of death’, where he conducts a mass hi-fiving collision between the two opposing sides of the room.

These incursions give some much-needed dynamics to a set that would otherwise have the gear stuck in ‘pummel’. But it also makes good spectacle and, for a Thursday night in Hoxton, works pretty well. There is the creeping feeling that the event as a whole is perhaps lacking the frenzy that a weekend slot might have encouraged better. And while tonight has not been particularly subtle, what Deacon confects live is nonetheless highly infectious, impossible to keep still to and (let’s face it) a whole lot more fun than going to see Thom Yorke.