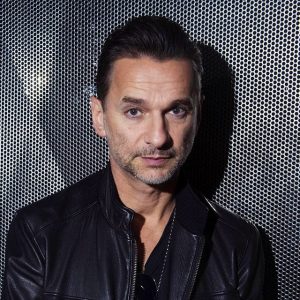 After a couple of decades fronting Depeche Mode it shouldn’t come as a surprise that Dave Gahan is a consummate professional when it comes to live gigs. Even so, the assurance of the guy at Shepherd’s Bush Empire is extraordinary.

A minimum of blue lighting masks his face for the opening Hidden Houses, one of the most sinister tracks on debut solo album Paper Monsters, and like many songs to follow, given a new dimension live. By the time he moves into Hold On, a slow and lovely ballad, he’s shed the waistcoat, allowed the lighting to pick up the various tattoos on a pretty impressive torso, and started to work the crowd.

Not that they need a lot of coaxing. This audience knows what it likes and it definitely likes Mr Gahan, especially when he wiggles that pert bum. The album’s only been out a month and they already know most of the lyrics. There’s a smile of genuine delight on Gahan’s face when he realises this, and holds the mic out over the mosh pit for full effect.

For the next hour and a half we are treated to the whole of the new album, with irresistible single Dirty Sticky Floors, the creepy Black And Blue and the rip-roaring Bottle Living particularly impressive. Bitter Apple, not really a standout track on the album, takes on new depth live. Stay is just simply gorgeous, a serene ballad about his baby daughter. Old favourites from Depeche Mode (A Question Of Time, Try Walking In My Shoes, Personal Jesus, I Feel You) elicit raptures from the crowd and some manic activity with the mic stand from Gahan.

The tour band are terrific – co-writer and multi-instrumentalist Knox Chandler on guitar, Martyn Lenoble (looking spookily like Will Young’s older brother) on bass, Victor Indrizzo on drums and Vincent Jones on keyboards.

But there’s no doubt who’s the star. Gahan’s energy is astonishing, exciting, primal. He moves about the stage like a strutting peacock one minute, turning his back to show us his tail feathers, and a sinuous, sexy, sleazy reptile the next, Evil Dave personified. He’s giving off so much heat (physically and metaphorically) that you can actually see the steam rising from his soaked black curls. And then he gives a big boyish grin and has the whole of us right where he wants us.

The second encore he hands to the audience almost completely. He beckons the grinning band to the footlights, abandoning instruments, and conducts the word-perfect crowd in an a cappella version of Here in My Arms. There are some people who just know how to please.

As I write this he’s doing it all over again. I just wish I could be there.