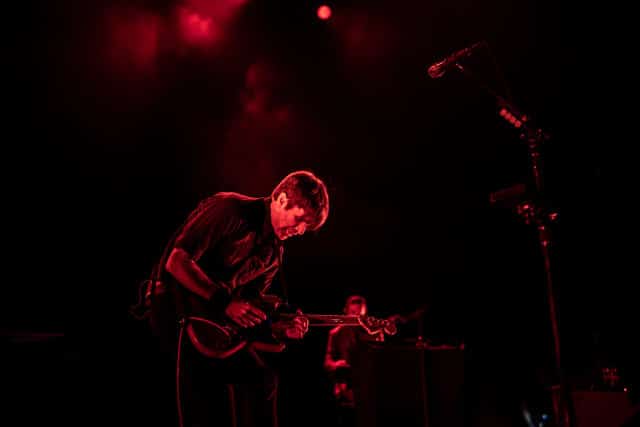 Day four of Robert Smith’s Meltdown sees the return to London of American alt rockers Death Cab For Cutie. It’s been three long years since their last release, Kintsugi, Ben Gibbard and co have teased the August arrival of their new album, Thank You For Today, with the release of single Gold Rush. But tonight, having to compete with the first England game of the World Cup, they need to be on the ball from the first whistle.

As the lights fade, eager fans pocket mobile phones streaming the match, and Gibbard walks out to a crowd going wild. After taking a moment to appreciate the surroundings, he gently picks out the opening bars of I Will Follow You Into The Dark. Up on the stage, alone, the audience almost completely silent, the combination of the simplicity of the delivery and his distinctive voice is a devastating opening salvo. 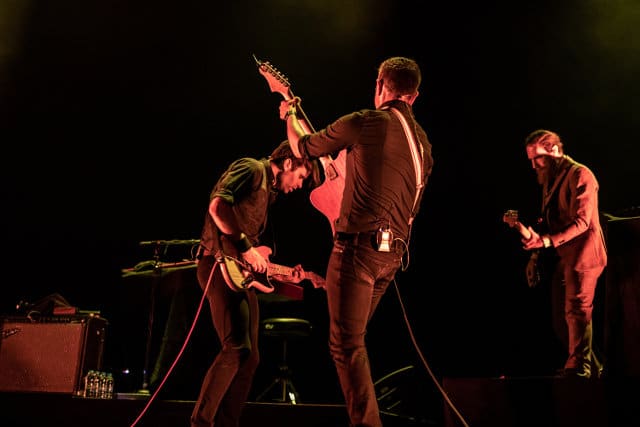 He’s not alone for long. The rest of the band join him as I Will Possess Your Heart shimmers into life. Working the guitar into familiar loops over four mesmerising minutes as the drums, keys and bass swell, it’s almost a relief when Gibbard bounces over to the piano and launches into the first of many hypnotic singalongs. After nearly 10 minutes of pulsating intensity, you’d expect them to take their foot off the gas, but they transition seamlessly into The New Year with lyrics “So this is the new year, and I don’t feel any different” transformed in meaning as if to illustrate their renaissance. It’s an early hat-trick.

What follows makes no assumptions that everyone in the audience is a long term fan – a festival of Meltdown’s calibre, with a much beloved curator, encourages people to attend shows by artists they may not know. Every song is perfectly pitched to showcase Death Cab’s history and, with the inclusion of three new songs, their future. But those who’ve been waiting for the band’s return are rewarded too, with renditions of fan favourites Cath… and Little Wanderer, with its prescient chorus that the audience delights in singing back to the band: “You’re my wanderer, little wanderer, off across the sea, you’re my wanderer, little wanderer, won’t you wander back to me.” 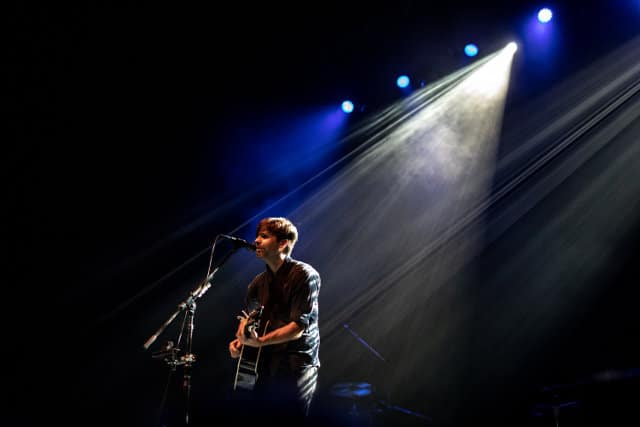 Before playing their latest single, Gold Rush, Gibbard primes the crowd with the announcement that England have won their match 2-1. It’s a clever play, and the audience can’t resist joining the call-and-response of the title phrase, perhaps imagining the return of England to football glory. Second new song Summer Years has all the hallmarks of a classic Death Cab song, with its clever wistful lyrics but a slightly punchier pop sound. Both songs show that the departure of Chris Walla, longtime guitarist/producer, is now a matter firmly in the past. Zac Rae is a powerhouse and a perfect foil to Gibbard, the chemistry between the two duelling guitars revitalising the old standards Crooked Teeth and Soul Meets Body.

Death Cab are always surprising live; what can sound safe and simple on record turns loud and layered. But Gibbard is a master at pacing and, just as the show reaches fever pitch, he pulls out the heartbreaking What Sarah Said, or the frankly devastating Your Heart Is An Empty Room, performed with only support from a piano.

With the final whistle on the horizon, Death Cab return for the encore with another new song, I Dreamt We Spoke Again, an atmospheric synth heavy ode to lost love complete with Gibbard’s unconventional phrasings, and close with the now traditional Transatlanticism. The audience rises to its feet to stretch their vocal chords one last time. The entire evening is a triumphant return for this often under-rated band. Final Score: World Cup Football 1, Death Cab For Cutie 5.

Death Cab For Cutie played: I Will Follow You Into The Dark, I Will Possess Your Heart, The New Year, Crooked Teeth, The Ghosts of Beverly Drive, Long Division, Gold Rush, Little Wanderer, No Sunlight, What Sarah Said, Your Heart Is An Empty Room (Piano version), Black Sun, Expo ‘86, Summer Years, Cath…, Soul Meets Body. Encore: I Dreamt We Spoke Again, Tourist, Transatlanticism