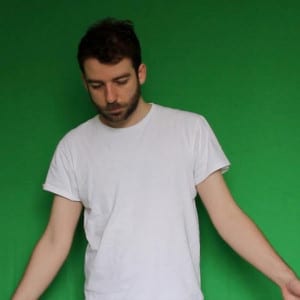 There is something slightly uncomfortable about attending a gig in a church. Not that the setting at Islington’s Union Chapel isn’t stunning – the high ceilings and Gothic style is seriously pleasing on the eye – but the contrast between rock ‘n’ roll, which is so often subversive, and religion which so rarely is, doesn’t quite fit.

All of this is makes for a somewhat uncomfortable night for Daniel Woolhouse, aka Deptford Goth. His blend of lo-fi James Blake meets The xx without the gloom should sound gloriously atmospheric in these surroundings, but something just doesn’t sit right. Maybe it is the shuffling of bums on the hard wood of the pews where the crowd are tonight, or the fact that you can sit in them with a cup of tea but not a beer. Either way, for an artist as captivating as Woolhouse, it is not as special as it should be.

He comes on stage, a little shabby looking, the epitome of the bedroom musician and seems a little nervous. Backed up by a string trio, he begins with Objects Objects, a delicate and multi-layered song that is deeply moving. Live tonight, it takes Woolhouse a little while to warm up and, while the stings are a nice touch, they fail to really elevate his synth and drum loops up to the higher plane the surroundings are calling for. It is a long way from a bedroom in Peckham to a sold out gig, and the tension shows. Woolhouse starts Time, then stops because he’s doing it in the wrong tempo. It is painfully obvious that this is a big gig for someone more comfortable fiddling with computers in a studio than playing to a packed out room.

Fortunately, all is not lost. Just before Woolhouse came on, ice creams were being sold among the pews and maybe the sugar has kicked in, but as he starts Union – one of the stand out tracks from this year’s Life After Defo album – the mood changes. Woolhouse himself is more confident with a bigger chorus to play with, the looping synths of the song fill the empty space in the vaulted ceilings and heads start to nod. The subject matter couldn’t be more transcendental as he sings: “Everything that comes together, everything that falls apart.”

He keeps the momentum up. Years is one of Deptford Goth’s biggest and boldest tracks and with strings backing it up, Woolhouse is able to built it’s driving energy and almost euphoric air with much more subtlety but just as much effect. He is only on for 35 minutes before he departs the stage, returning for a short encore with a choir. This is an inspired move; churches are built for these kinds of sounds and suddenly, the problem of filling the space in front of him disappears.

Feel Real is the highlight of the night. Harmonies from the choir replace what was a pretty subtle synth effect on the recorded version, adding a huge amount of presence. Woolhouse glances across to the singers, clearly aware that they have helped turn what is a superb, but low key track into one which is now hauntingly powerful as well.

It is clear from tonight’s show that Daniel Woolhouse is a supremely talented musician, who can write beautiful and moving music. It is also clear that as a performer he has some way to go before he can elevate his music to fill the significant void that is the Union Chapel.