by Nick Smith
published: 31 May 2019 in Live Music Reviews
Tweet 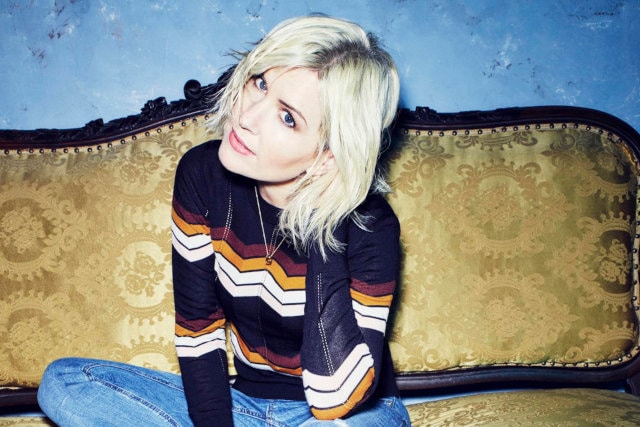 After 15 years away from life on the road, Dido announces “It feels surreal!” as she greets the warm and excited crowd at Camden’s Roundhouse.

The tight and, at times, exhilarating set kicks off with the lead single Hurricanes from her new album Still On My Mind, the maelstrom of dramatic percussion and ethereal vocal making the perfect introduction. We are already in the eye of the storm, it would seem, as we are beckoned by the beguiling hand drums in the dark and rhythmic Hell After This.

She then treads a familiar path with a stunning version of Life For Rent and a beautiful rendition of Hunter. Dido now has the audience in the palm of her hands, and she can hardly be heard singing over the crowd belting out the lyrics. There follows an imposing and stripped back version of No Freedom, and a tear-inducingly beautiful Grafton Street (a tribute to her late father).

We get a hint of Dido’s natural stage presence as she asks us if “holiday romances are a thing” and is pleased that some in the crowd are cheering – seemingly this quip had fallen on deaf ears in other cities – as a precursor to the late-night balearic stomper Sand In My Shoes. And she is effortlessly genuine when a fan shouts out for her to sing Paris and she says she can’t even remember writing it.

A couple of reviews of Dido’s other shows bemoaned a lack of big, banging dancefloor hits. Sure, there were some tender and acoustic moments tonight, like Sitting On The Roof Of The World and Quiet Times, but there are also several occasions where Dido lifts off the roof. Here With Me is a true show-stopper and it takes a while for the crowd to compose itself. The divine and pulsating electronica of new track Take You Home also weaves brilliantly into the epic banger Take My Hand, the first song Dido wrote, and the crowd truly go wild.

The set ends firstly with a disarming and enchanting version of Have To Stay, the affecting and haunting song about her son Stan. Apparently not so called after Eminem‘s song of the same name, which sampled her track Thank You, which had an outing mid-set, it is simply captivating live. And the finale is a tremendously rousing version of her huge 2003 hit White Flag. Surreal or not, a decade and a half on, it really feels like she has never been away. It’s fantastic to have Dido back.