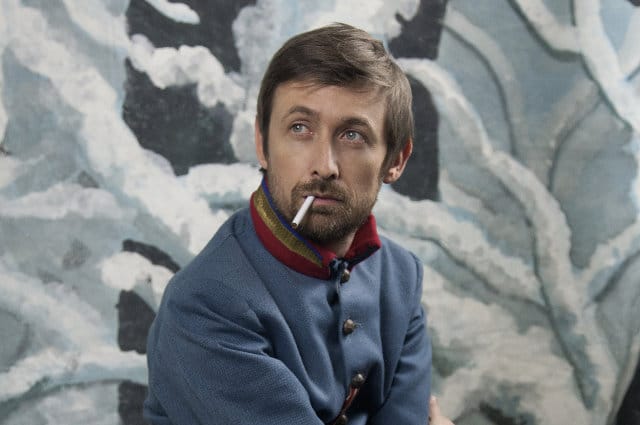 The Divine Comedy‘s first album in seven years, Foreverland, arrives in times much changed since its predecessor. At tonight’s full band gig, the passing of the years is hammered home, and in multiple ways. The title track of Bang Goes The Knighthood, written in response to revelations about Max Mosley’s particular interests, tonight gets dedicated instead to current bête noire Philip Green. The lyrics, concerning whips, heels, chains and being restrained, have very little superficially to do with the sometime Bhs owner, but Hannon’s reference gets cheers from the assembled throng of the faithful.

His faithful songs, mostly from many years ago, are wheeled out and given the full band treatment from Hannon and his five backers. The set soon stacks up to be something of a greatest hits affair in all but name, but amid it all was a surprising lack of Foreverland tracks. We wait till the 11th song of the two-hour set for any new material, and even after that only four songs from the new record are put through their paces. As this regional tour preludes larger shows in the spring, including three nights at London’s Palladium, perhaps more will be revealed then.

For now, amongst the lovely moments there are costume changes of sorts – Hannon, in playful mood, dons a three-pointer hat and military tunic during the swirling atmospherics of The Certainty Of Chance’s outro, replacing a bowler and sober city jacket used to visualise The Complete Banker earlier, replete still with its references to the financial crash of 2008 which, in these times of Brexit and Trump, rather feels like revisiting history. Further mixing things up, support act Lisa O’Neill is wheeled out for the sweetly Cole Porter-ish duet Funny Peculiar. That Hannon’s domestic bliss has influenced his latest output to a significant degree is well and good, but amid all this loved-up pleasedness there’s a notable lack of anything new said about the parlous state of global geopolitical affairs. Given Hannon’s considerable lyrical wit and precision, and past form on this front, this is a pity.

Instead, they find space for a serviceable cover of Burt Bacharach‘s Alfie. The assembled throng surely assume its announcement heralded Becoming More Like Alfie, but there would be time for that later. Also from the now 20-year-old Casanova, Something For The Weekend and The Frog Princess are put through their paces, and there’s the sense that after so long away, and playing solo gigs and The Duckworth Lewis Method material before that, that Hannon is relishing a return to these songs. As with Bacharach’s material, Hannon’s songs easily stand the test of time. As if to underline this, the main set builds to a momentous if rather hurried end, with a radio-edit length National Express.

The encore comes about with bracing speed too, and ends with the predictable though no less exhilirating Tonight We Fly. But before that we get Absent Friends, with its veritable pantheon of historical figures amongst whom Hannon perhaps sees himself – from Woodbine Willy to Oscar Wilde – and the sublime “sitcom theme” Songs Of Love, still as welcome as Father Ted re-runs two decades on. It feels like Hannon’s leaving a calling card stating the obvious: he’s written some of the best songs in the English language and would like to remind the world of this. While not all of Foreverland sits squarely in the same league, the continuation of his songwriting talent – and that voice – remains a cause for celebration, and this return to full-band workouts bodes well for the larger events to come.

The Divine Comedy played: Down On The Street Below, Assume The Perpendicular, Bad Ambassador, Bang Goes The Knighthood, The Complete Banker, Generation Sex, Our Mutual Friend, Alfie, The Certainty Of Chance, Sweden, How Can You Leave Me On My Own, To The Rescue, Count Grassi’s Passage Over Piedmont, The Frog Princess, A Lady Of A Certain Age, Catherine The Great, At The Indie Disco, Something For The Weekend, Funny Peculiar, Becoming More Like Alfie, I Like, National Express Encore: Absent Friends, Songs Of Love, Tonight We Fly