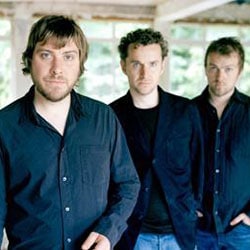 Like any feckless, spotty teenager, every record label deserves a coming-of-age party. But even the new trillionaire owners of Manchester City would be hard pressed to throw a shindig spread across three days and a huge swathe of London’s South Bank.

Music label Heavenly have decided to do just that to celebrate the fact they can now legally drink, vote, buy fireworks and, if it all goes horribly wrong tonight, leave their bodies to science.

Heavenly, under the leadership of former Creation Records press officer Jeff Barrett, have been a constantly engaging but only sporadically-releasing player in the music industry since their formation in 1991. The label – which, judging by the luminous tributes written in a lovingly-presented free magazine, is run like a cross between Tony Wilson’s Factory Records and the offices of Pitchfork Media – has presented us with such luminaries as Ed Harcourt, Beth Orton and the Chemical Brothers. But it has also inflicted both Northern Uproar AND The Vines upon the record buying public.

Of the artists currently on the label – most, if not all, have shuffled from their respective recording studios, world tours or – in blues rockers The 22-20s‘ case, actual retirement – to celebrate the label’s successes, a pretty staggering indication of the affection that only a company with over 30 Saint Etienne releases under their belt can muster.

First up tonight, up and coming urchins Beggars bounce onto the downstairs stage, part of the label’s admirable set of free gigs over the weekend. New signings to Heavenly, the reading four-piece are rough around the edges, but certainly possess enough pop smarts to prove a critical – if not commercial – hit for the label. A hard-rocking take on Leonard Cohen’s The Future is certainly a novel idea, especially when the Hammond organ kicks in, although it veers dangerously towards The Charlatans at times.

Another group who started life as wet round the ears Heavenly noisniks take to the stage upstairs in the Festival Hall. Unlike Beggars, whose presence at the mini festival is, to be kind, only mildly diverting, whole legions of leopard skin-clan fans are already jostling for position at the front of the rather austere concert hall for a glimpse of returning heroes The Manic Street Preachers. Playing songs from their first – and only – release on Heavenly, the Motown Junk EP, James Dean Bradfield, Nicky Wire and the wee drummer seem to be revitalised after the career-saving Send Away The Tigers, tearing through six impudent, ingenuous punk songs from the very beginning of their career.

While setlist staples You Love Us and Motown Junk are excellent, they are polished within an inch of their lives – a far cry from their first introduction to Heavenly records as a bunch of “skinny, antagonistic, mascara-wearing, Camus-quoting impassioned Welsh kids”. Far more interesting are the hardly-ever heard songs from the formative years of their careers, including a visceral thrash through Starlover – sample lyric “Twist and fall, wounds don’t choke/I Piss on records, wanna see you dead” (“This is only the second time we’ve ever played this” says Dean Bradfield before the song. “It made sense at the time”).

It’s a loving tribute to the only record label that, as the programme notes, “weren’t laughing” at the Manics when they burst onto the scene. Even the band seem genuinely saddened that they didn’t continue the relationship – JDB saying “I wish we’d recorded more with Heavenly. But we fucked off to Sony at the first opportunity”. Still – a thrilling We Her Majesty’s Prisoners and an aching, chugging Spectators of Suicide (the rock version, for Manics completists, not the bizarre Phil Collins-alike that appeared on Generation Terrorists) are both thrilling and good humoured throwbacks to a more innocent time and a cruel reminder that the band have lost much of the aggressive spirit that first endeared them to Heavenly so many years ago.

Headliners Doves are treated like homecoming heroes in the cavernous hall – probably because, as lead singer Jimi Goodwin notes wryly, “We’ve not played for a year and a half. Maybe we’re just lazy”. Probably Heavenly’s most successful exports – commercially if not critically – the brooding Mancunians have a point to prove after a sometimes-plodding third album, Some Cities.

It’s an uneven set, which veers between the gruff melancholy of debut Lost Souls and the pounding rock of Some Cities, and is threatened further by a bizarre audiovisual meltdown which sees the band playing old slowie Break Me Gently in total darkness one second and then with full houselights the next, but it’s to the bands credit that they sail through and deliver an engaging performance.

Goodwin and co have been away for a long time in music terms, but they rise to the challenge, knocking out a soaring Snowden and a rapturously-received version of hit single Pounding. However, a new song, Winter Hill, melts into the background a little as the band struggle to give it an original voice in the midst of a couple of similar-sounding songs.

Then, out of nowhere comes Jetstream, a new track that blows most of what’s gone before out of the water. Sung by guitarist Jez Williams, it’s an absolutely stunning dance number that recalls Dove’s previous incarnation Sub Sub, particularly sometime set-closer Spaceface. For a band whose experimentalism has seemingly diminished with every release, it’s a welcome return to their roots, and we can only hope that it survives the cut to make it onto their forthcoming fourth album.

From here on in, the band pick up steam and plough through to a emotional climax – with an entire hall of people swaying in time to their first single The Cedar Room. It’s a moment worth savouring, both from a fan’s point of view and from the label’s. Still relevant, still making glorious music – here’s to another 18 years of Heavenly Records.