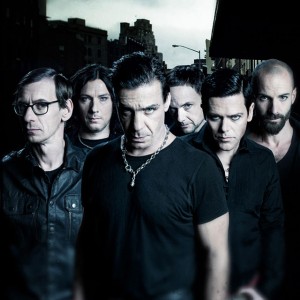 Friday takes a while to get really rolling, but an early stand out set from Japanese multi-genre lunatics Dir En Grey sets the bar high. An amalgam of classic rock, nu-metal, and power balladry, on paper they shouldn’t work, but live they’re an incredible force of nature. When Dragonforce’s guitar widdling onslaught quickly becomes tiresome it’s up to the immense stoner grooves of Down to pull the crowd out of the mire. As the band fills the air with mighty down-tuned riffs, the assembled 90,000 do their bit and contribute a massive cloud of weed smoke in response.

Korn spend far too long filling the air with nonsense, Jonathan Davis apparently having lost the power of speech and resorting to garbled honks and squeals. That the classic line up is back and functional is of significance to some, but the band’s lumpen Dubstep infused stomp fails to impress. Later, The Algorithm’s electro-metal collision presents a more thrilling vision of where metal can go when it embraces dance culture.

The return of Converge means that their set is one of the most anticipated of the weekend. A ferocious attack from the first note onwards, the band are on fine form as they strip flesh from the front few rows with their hardcore blitzkrieg. It’s hard not to wish that the show was taking place in a small darkened club, because some of the nuances and attack are inevitably lost to the environment. Despite this, Converge are jaw dropping today.

Inevitably, Friday belongs to Slipknot. Their set is an exercise in pandemonium and control. Wave after wave of sonic brutality is peppered with frontman Corey Taylor’s reminders that there’s a familial sense of belonging at events like Download. Blistering versions of Psychosocial, Wait And Bleed and (sic) push the band to new heights, rivalling their 2009 set, or even the Sonisphere show from a few years ago. Stunning stuff.

If Friday was primarily about Nu-Metal then Black Star Riders‘ Thin Lizzy heavy set immediately sets Saturday down the road of classic rock. Mastodon’s prog leanings mean that they fit right in. They might be a little self indulgent for some, but the musicianship is never short of incredible. Motörhead, as everyone should be aware by now, play rock ‘n’ roll and play it louder than everyone else. A set that includes Overkill, Stay Clean and Ace Of Spades was never going to disappoint. Even a ridiculously over-long drum solo can’t derail the Motörhead onslaught. When Lemmy brings Phil Taylor onstage at the close of the set, there’s a strange pang of sadness and finality about the show but such is their perfection, these songs will be here long after Lemmy and co have shuffled off to the big bar in the sky.

After Alice In Chains’ quite stupendous set (close your eyes and you can almost hear Layne Staley’s whine on Rooster drift in from the heavens) Queens Of The Stone Age have their work cut out. Kicking off with Feel Good Hit Of The Summer and throwing a few new songs in the mix (I Appear Missing is quite beautiful) Homme and his band are unstoppable. The thunderous groan of the bassline from Keep Your Eyes Peeled makes the earth shake and despite its slow paced trudge, it somehow marks itself as one of the highlights of the day.

Never a band to be outdone, Iron Maiden’s set begins with a Spitfire appearing from over the main stage and buzzing the audience. As an opening statement goes, it’s pretty hard to top, but the band does its best to remind everyone of the glory days when their Seventh Son Of A Seventh Son show was wowing the Monsters Of Rock crowd 25 years ago. It starts well, with Moonchild setting the pace and the audience quickly reach fever pitch, but by the time the band slow the tempo with Afraid To Shoot Strangers the sound problems caused by the wind have knocked the life out of Maiden’s set. Run To The Hills is so quiet that when the crowd bellow the chorus the band might as well not be playing. The appearance of Eddie for the anthem Iron Maiden, and Dickinson’s promise of more shows later in the year lifts spirits a little, but unfortunately an act of God quelled the Beast.

Sundays at Download are all about liquidating the last of your assets in an attempt to forget aching limbs. That, and attending church obviously. So with hymn books at the ready, Ghost lead the assembled throng through a rousing set and the most peculiar episode of Songs Of Praise ever. Giving thanks to a skeletal Bishop via the medium of classic metal soon wears thin however, and some stupidity and fun is in order (although to be fair, worshiping a skeletal bishop is already pretty stupid).

Amon Amarth’s Viking boat (yes really) might have raised a smile earlier, but who can resist balloons? Well as it turns out, quite a few. There seems to be a distinct apathy towards Jared Leto’s 30 Seconds To Mars, and admittedly they are a little hokey, but they put in a good show and unleash a mass of (yes) balloons to distract everyone from their lack of tunes.

While The Gaslight Anthem play to those who find Fred Durst a bit annoying (surprisingly few), the field for the second stage is positively rammed with those who find him and Limp Bizkit appealing or, at the very least, strangely entertaining (surprisingly many). It must be said that watching Durst hopping around the stage like some kind of hip-hop caveman perpetually Rollin’ Rollin’ Rollin’ is curiously spell binding.

Just when things couldn’t get any more ridiculous, Rammstein take to the main stage and put on the performance of the weekend. Their Industrial charge may be a little one paced, but there’s little doubt that their stage show has to be seen to be believed. Ritualised sodomy, more fire and explosions than the average war, pounding marches, motorised ejaculating cocks and a gimp on a treadmill are not just OK GO’s vision of hell, but also the sensory assault of Rammstein live. There are no subtleties; what would be the point? Simplifying Download to little more than riffs, c0cks and explosions might do metal something of a disservice, but hell when the show is this good, who cares?