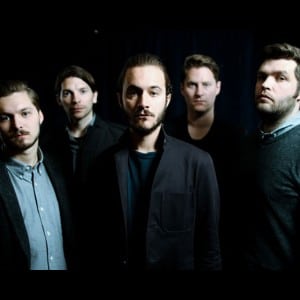 It hasn’t been a completely rough period for Editors but there have been a few bumps in recent times. They’ve never been completely able to shrug off some of their most fiercest critics and they’ve yet to top The Back Room, remarkably approaching its 10th anniversary, whilst the departure of Chris Urbanowicz due to creative differences has opened speculation about their future. Would the wiry, infectious guitar melodies that have served them so well in the past be a thing of the past?

The answer, as it turned out, was that they have clearly been rejuvenated, regardless of what they sound like now. For all the flaws of The Weight Of Your Love, released last summer, it’s a world away from the gloom of the equally hit-and-miss In This Light And On This Evening. It’s full of fiery songs with emotions running high that aim big – almost as if it was written for them to play to thousands of adoring fans in a large room.

Arguably, it’s not really something they needed to do; their reputation as a live band was already pretty good before The Weight Of Your Love. Even when critics were divided about their output, it’s their energetic shows that have kept their supporters onside. It’s this loyal following that’s led them to play two sold out shows at the Roundhouse.

With the exception of a new guitarist and an additional fifth member on keyboards and synths (Justin Lockey and Elliot Willams respectively), this is still the same Editors of a few years ago, but with a little more muscle. It’s also oddly low-key, with stage banter at an absolute minimum and very little in the way of lighting bar the odd strobe attack.

An End Has A Start and Munich take almost no time at all to get going and they are both incredibly frenetic. The setlist in general, if very uneven in terms of momentum with most of the hits dispensed with in the first half, has a good enough mix of old favourites and newer tunes from The Weight Of Your Love. If anything, fans of their breakthrough album were in luck, with a generous six tracks from it getting an airing. They’ve also kept some of their more underrated deeper cuts – Eat Raw Meat = Blood Drool is powerful and sinister, whilst the bleak Camera is a great start to their encore.

However, it speaks volumes that the shower of confetti that appears towards the end of of storming Papillon (which, for all its silly melodrama, is good fun) is the most remarkable aspect of their performance. It’s not that Editors are dull – despite the change in personnel and dynamics, they are musically rock solid and clearly revelling in being a quintet – but it’s all just too safe. There’s a lack of anything truly show-stopping. Tom Smith tries to bring as much gusto and energy as a frontman, especially when not playing guitar or piano, but no amount of piano climbing can liven up songs that just simply don’t thrill in a live setting.

This may not be Editors at their best, but there are still plenty of enjoyable moments and they have just enough good songs across their back catalogue to warrant a night out in their company. It’s hard to find anyone that’s too disappointed afterwards but there isn’t a general feeling of euphoria either. Instead, this is more of a performance to admire than love. Hopefully, their next trip to the capital will see them take a few more risks.