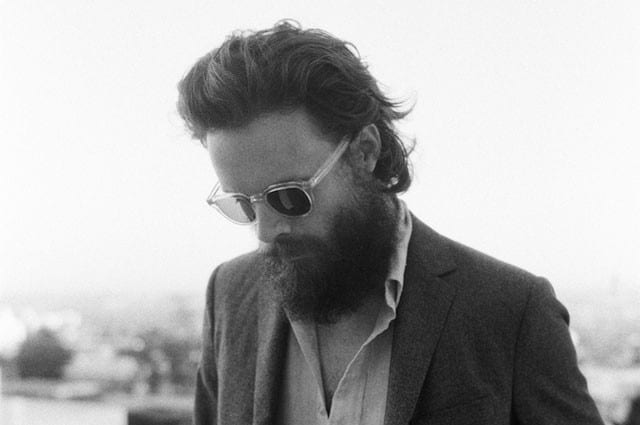 The story of Father John Misty is a good one. One of love, of redemption, of a man who found that the po-faced folk music he was making was fine, but actually he enjoyed himself a lot more when he was wiggling his hips, theatrically dropping to his knees and dancing around his mic stand like a Vegas stripper, whilst, at the same time, being a sarcastic, self-deprecating smart arse.

And then, the strangest thing happened. He found that there was a hell of a lot more people who enjoyed it too. So the artist formerly known as Josh Tillman got personal, got witty, got a new name and suddenly got massive. You’ll laugh. You’ll cry. You’ll probably take it too far. Like the person who tonight, during the “Q & A” session which precedes the encore, screams a request: “Bless me!”, to which the bearded messiah on stage seems momentarily unsure. “You do know I’m not a…” he starts, before pausing, considering his options “I mean, I’d have to get the Internet, look up getting ordained”.

It might not be a bad idea. It would also offer some novel new options on the merchandise stall – £10, t-shirt, £20 vinyl, £50 to be favoured by Father John Misty. He’d make a killing judging by the love in the room. Although there isn’t enough good will to extend all the way up to the top floor, where some kind of commotion interrupts Bored In The USA mid-flow.

But it says a lot about these songs that they lose nothing from being repeated, even in incredibly close proximity. Nothing dilutes the humour in something quicker than hearing it more than once. Yet the bitter wit present in this stark, piano ballad isn’t softened by getting it twice. It’s a brilliant, poignant thing.

His knack is for clever, multi-faceted misdirection: the wonderfully bilious The Night Josh Tillman Came To Our Apartment starts with you thinking it’s Tillman executing a pretty harsh character assassination. But somehow, it ends up with him turning it into character suicide, that self-deprecating streak preventing him from escaping the story with any more dignity than her.

But Tillman’s more than just a great lyricist. Both of his albums as FJM, 2012’s Fear Fun and 2015’s I Love You, Honeybear are musically deft and layered and they’re recreated here with a much smaller set of musicians than would have been expected. Given the lushness of both, a string section, a brass quintet, a choir of cooing backing singers dressed in robes, swaying rhythmically, might have worked. But no.

Nevertheless, those who are here capture the sweeping, swooning caress of I Love You, Honeybear. They deliver the John Barry-esque tone of swirling sophistication of Strange Encounter and they roll and rock with the western, California sunshine swing of I’m Writing A Novel magnificently. It is a great show from an increasingly great showman. It seems like the tale of the Tillman is also going to have a very happy ending.