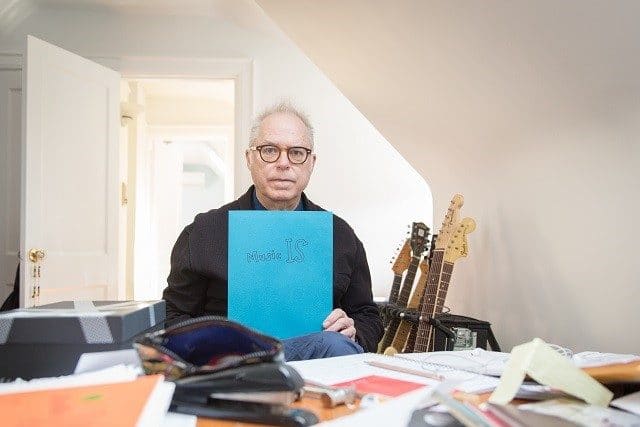 The EFG London Jazz Festival is an event so widespread across the capital that covering it any kind of comprehensive depth is simply impossible. It is worth noting at the outset that great jazz happens across London in various intimate club and pub venues every day, and one aspect of the festival is giving regular gigs something of a publicity boost by including them within the programme. For the larger events, promoters Serious had arranged an impressive line-up of familiar, established returning international big names (Bill Frisell, Archie Shepp) and an impressively diverse roster of music from a range of cultures and backgrounds, including a notably improved gender balance and some of the current crop of very well marketed UK acts (Maisha).

On the opening night at Kings Place, composer and bandleader Amir ElSaffar (US-born but with Iraqi heritage) brought his Rivers of Sound project to London for the first time. Writing for a huge ensemble (17 musicians on the recording and 16 at this concert), ElSaffar impressively integrates improvisation, western musical traditions and the Maqam modal tradition in Moroccan music. Unusually for a jazz concert, the set list saw the group perform the music from last year’s outstanding Not Two album (sadly still not available as a physical product in the UK), with ElSaffar clearly viewing it as a coherent suite of music. The opening Iftitah intitially showcases a range of stringed instruments, including ElSaffar’s Santur (a Persian hammered dulcimer) and the buzuk (played by Tareq Abboushi) before erupting into an ecstatic fanfare (a feature later repeated in the tumultuous closer Shards Of Memory/B Half Flat Fantasy). ElSaffar also plays trumpet, frequently directs the band with elaborate gestures, and also occasionally sings. Perhaps the most striking element of this excellent performance was the scale of variation in texture, the music shifting between broad sheets of sound and small solo features (the impressive Miles Okazaki on guitar providing one of the most memorable of these). Nasheet Waits is a versatile voice on the drums, sometimes subtly introducing lithe grooves in an insidious, mischievous way. Although ElSaffar obviously embraces musical complexity, he is also unafraid of using simpler but effective devices in his composing, not least the number of unison melodic lines. Much of the improvising was terrific too, with Ole Mathisen making a substantial, bebop infused contribution on tenor sax. This music has an impressive, transporting power.

Dalston’s venue Cafe Oto has very much nurtured its own audience, and familiar faces turned out in force for trumpeter Jaimie Branch’s Fly Or Die (21st November). Branch has been an important figure in the Chicago avant-garde scene and has recently moved to New York. She has an intriguing stage presence, in baseball cap and shell suit, often looking as if she is occupying one corner of a boxing ring preparing to land a knockout blow. There is a strong sense of performance and drama throughout the gig. Her music deploys rock dynamics and kinetic grooves, and the unusual line-up of drums, bass, cello and trumpet foregrounds experimenting with sound, timbre and interlocking lines over conventional harmony (although one of the anchoring themes in the second set is essentially drawn from blues). Of the two continuous sets, the first set explored sheets of reverb-laden sound and featured a particularly expressive drum solo from Chad Taylor, utilising the rims and shells of the instrument. Branch demonstrated great control over sound, dynamics and explored the full range of her instrument. With pinpoint accuracy, the ensemble periodically returned to some of the motifs or themes that anchor the Fly Or Die album. With each of these, the audience became more enlivened as the band demonstrated their thrilling synchronicity. The second set featured new music, with Branch repeatedly intoning ‘a prayer for America’ over a slow, murky blues. This music connects with audiences and there can be little doubt that this band will be back soon. 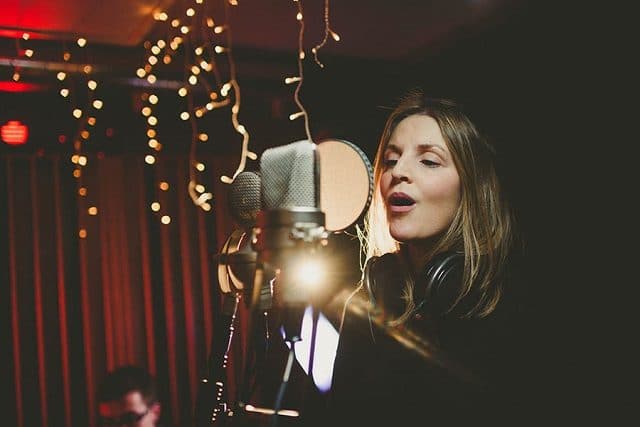 Kings Place hosted one of the more intriguing and daring double bills of the festival with Lauren Kinsella and Myra Melford’s Snowy Egret. Kinsella, as well as having been involved in one of the decade’s most under-appreciated albums (Blue Eyed Hawk’s Under The Moon), is a bold, intelligent and unusual improvising vocalist who seems to have found a very distinctive approach. The set constituted a premiere of a new commission entitled Radical, for a trio with the highly skilled and creative saxophonist Tom Challenger and drummer Dave Smith (usually kept busy and away from the jazz scene these days as part of Robert Plant’s Sensational Space Shifters). The repeated intoned platitudes (‘if you manage a forest, do you manage a soul’) became a little grating, but there was much to admire in the trio’s extended interaction. This is one of those works where it often proved difficult to determine exactly which parts were composed and which were improvised, and one suspects this was Kinsella’s intention. Smith often seemed the most dynamic and restless presence, but Challenger played thoughtfully, exploring both sound and space. The effect of his saxophone playing melodic lines in unison with Kinsella’s voice was curious and otherworldly.

Myra Melford is one of the most innovative and explorative bandleaders in contemporary US jazz, her music blending considerable discipline with uncompromising bursts of seemingly free exploration. Sometimes her compositions feel meticulously controlled, at others they feel like they are teetering on a precipice, preparing to leap recklessly into chaos and the unknown. Sometimes they make the leap with real abandon, at others they feel fragmented and jagged. The title composition from her new album The Other Side Of Air built into something flighty from wispy and fragile beginnings. Whilst the melodies are often angular and quirky, Melford can also create a profound sense of longing and beauty, as she did here on Turn & Coda. Whilst Melford can be an interruptive, manipulative presence in the music (in positive ways), sometimes she also seems to become subsumed within the collective contribution. The melodies are frequently gleaming, but her structures are more obtuse and hard to parse. Her current band features the idiosyncratic, attacking bass player Stomu Takeishi and the assertive guitarist Liberty Ellman, both of whom frequently perform and record with Henry Threadgill. Tonight, regular drummer Tyshawn Sorey is replaced by Gerald Cleaver, perhaps a more controlled and restrained presence, but still immensely musical and capable of coaxing the music in a variety of directions. Playing with a purity of sound and immense subtlety, trumpeter Ron Miles also demonstrated considerable musicality, and his extraordinary collection of mutes provided a visual as well as sonic highlight. This was a thought provoking and deeply enriching performance. 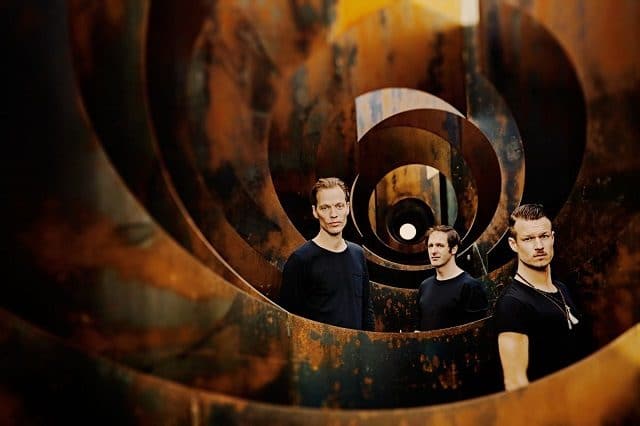 One other bold double bill proved too much for some in the audience (Queen Elizabeth Hall, 23rd November). Highlighting their geographical proximity, the joint programming of Supersilent (Norway) and Phronesis (Denmark/Sweden/UK), surely two of the most consistent and exciting bands in all of improvised music, may have been a little sonically jarring, but for the open minded it offered thrills as well as points for debate. Supersilent seem to expand the limits of the possible in improvisation with electronics, with Arve Henriksen’s sublime treated and manipulated trumpet sharing space with the sometimes abrasive interpolations and dark musical soundscapes of Stale Storløkken and Helge Sten (AKA Deathprod). The continuous, unbroken set was long and turbulent, veering between lush, serene terrain and bursts of more extreme shock and awe (with sounds sometimes seemingly drawn from the world of video games). It left a lot of people once again pondering how to define jazz. Whilst this music has little aesthetically in common with what might be termed the jazz tradition – it has an ‘in the moment’ interactive and collaborative approach that also leaves space for individual contributions to feature. It also emphasises dynamics, texture and timbre as crucial features of musical experimentation.

Phronesis, whilst also very interested in pushing boundaries, are interested in redefining the possibilities of the acoustic piano trio. In the first instance, this was rooted in the band being lead by impossibly-impossibly-cheekbones bassist Jasper Høiby. Now, it lies in a seemingly democratic approach that values both individual self preservation and collective empathy. Their longevity in the often challenging jazz marketplace has been remarkable – they are now on to their seventh album, and performing at the Southbank is a far cry from their early days performing at the Loop Collective gigs upstairs at The Oxford in Kentish Town. They still favour polyrhythmic trickery and the dexterous challenges of fast tempos, although the concert provides plenty of time for reflection too, not least on the romantic and mysterious opener Breathless and the nuanced Emerald Horseshoe. Pianist Ivo Neame strikes a considered balance between the cerebral and the emotional throughout. The interaction is peerless, and the band appeared to have achieved a mastery of their own music that allows for complete freedom and spontaneity in performance. They save it until the very end of the set, during a fearsome and unstoppable One For Us, to unleash drummer Anton Eger’s exhibitionist streak, with a drum solo that seems to create a pile on of impossible feats, but it is also worth noting the extent to which Eger improvises throughout the set, being both highly responsive and sometimes goading of the other soloists. There was a danger that this band’s unusual longevity might result in them being taken for granted by jazz audiences who tend to be accustomed to bands coming and going, and being sympathetic to bandleaders’ wishes to place themselves in new situations. Yet they continue to develop and simply get better at the very special thing they do. Here’s to seven more albums.

This esoteric mini-sampling of the many riches the EFG London Jazz Festival had to offer proved to be a particularly thrilling and inspiring week of music.