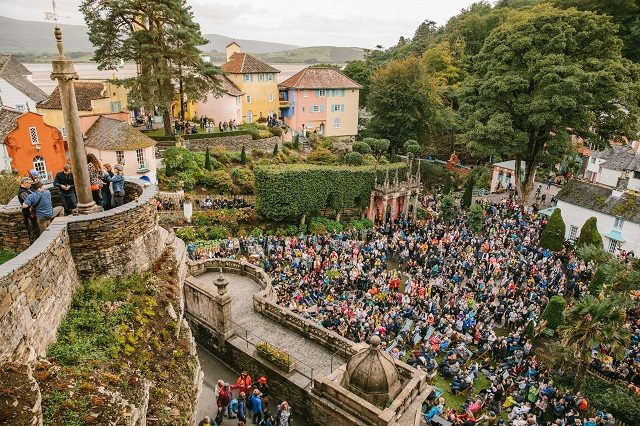 As the curtain came down on Festival No 6 the boutique event enjoyed one last chance to demonstrate why it has been head and shoulders above its competition. Based in the picture postcard perfection of Portmeirion, the stunning village site has always been a joy to behold.

Since 2012 the venue, which was once the set for the cult 1960s TV series The Prisoner, has been home to the festival that treats music, comedy, theatre and the arts with equal esteem. The Welsh village takes inspiration from Italian architecture with visitors to the festival discovering all kinds of cultural surprises round the corners of its winding paths.

As a veteran of five of the seven incarnations it is incredibly sad to see the event come to an end – or at the very least temporarily. Next year, Festival No 6 is having a year off and in some instances those 12 month breaks that festivals take have become extended absences. Anyone who loves British festivals should hope for its return as it has so much potential and has just delivered yet another great instalment.

Away from the village, the grassy part of the site is where the big music stages are based. On Friday evening, Everything Everything continued their Festival No 6 love affair by kicking the night’s evening programme into full swing. Jonathan Higgs’ unmistakable vocals were made for misty valley settings, and the band delivered a performance spanning their four albums.

There was a sense of comebacks in the Friday night air with Ride playing The Grand Pavilion and then Friendly Fires getting the Stage No 6 crowd dancing away under the gaze of the site’s Castle Hotel. After a six-year hiatus, you’d be forgiven for thinking we’ve seen the last of the Hertfordshire group, but their set brought a great sense of fun to proceedings, as we were treated to anthems for The Inbetweeners generation such as Skeleton Boy, Kiss Of Life and Paris. 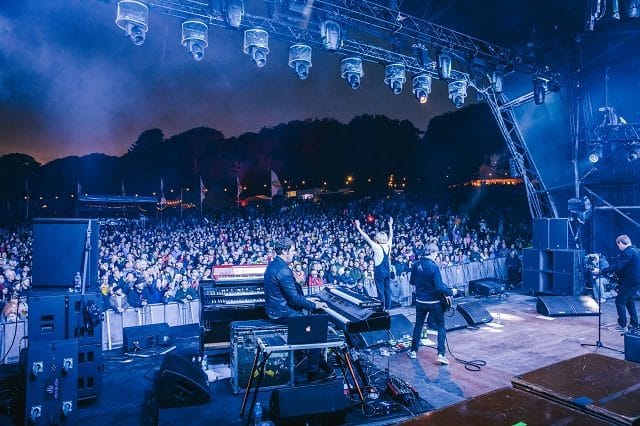 The Charlatans at Festival No 6 (photo: Andrew Whitton)

Despite the weather being far from pleasant on the Saturday it didn’t prevent explorations through the woodlands and on to the beach. Opportunities to enjoy adventures like that came as a fitting reminder of just how different Festival No 6 is to other festivals – and it helps you understand why it has previously been showered with awards and praise.

No visit to Festival No 6 is complete without seeing The Brythoniaid Welsh Male Choir who performed at The Central Piazza. In previous years they’ve teamed up with headlining acts to produce something rather special. In 2012, they made New Order’s Blue Monday their own and in 2014 they joined the Pet Shop Boys on stage to add that extra oomph to Go West. Saturday evening’s concert was a celebration of those achievements and more.

The Grand Pavilion was the place to be later on Saturday with Django Django, The Horrors and Hot Chip’s Alexis Taylor playing back to back. Faris Badwan made things all darkly gothic when The Horrors played, while Django Django brought the party with arguably the best set of the weekend. Their recent single Surface To Air, a duet recorded with Self Esteem, was the big highlight with the airing again showing why it is one of the catchiest songs of 2018. Late night entertainment included a Hot Chip disco, hip hop karaoke and woodland raves.

After that rambunctious revelry Sunday was a bit more sedate and was an ideal opportunity for a little comedy courtesy of Jayde Adams, George Rigden and Tim Key over at The Gatehouse. There were also cultural discussions with Irvine Welsh, Paddy Considine and Edith Bowman.

For those really struggling, there was even a chance to take a dip in a hot tub but with picturesque scenery, illuminated by the welcome sunny rays, and refreshing coastal air on that sea breeze it was hard to to feel too hungover. On Stage No 6, this chapter in the festival’s history come to a close with performances by Gaz Coombes, The Charlatans and Franz Ferdinand. Let’s hope it is not the last. 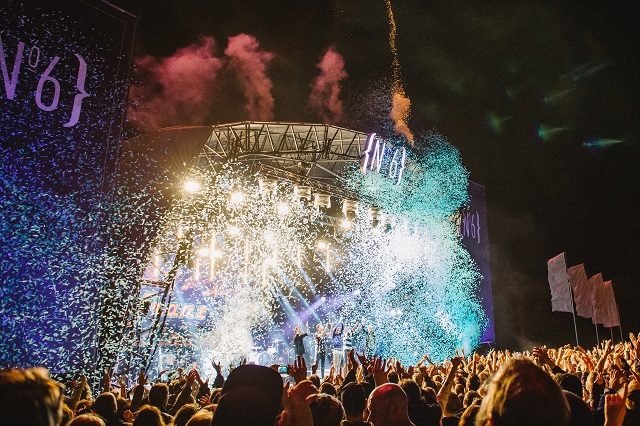