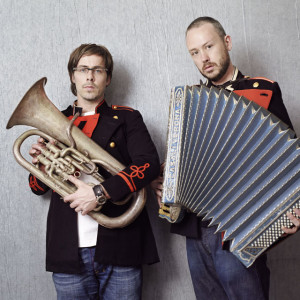 A very British festival. That sums up Forgotten Fields, conceived by the members of Kendal Calling. The well-received Lakeside jaunt has effectively decamped further south this summer, alighting on a large expanse of countryside in East Sussex.

Forgotten Fields certainly lives up to its name, too, as the festival site is difficult first to locate, then to walk to – a good half-hour stride from the gate at Eridge Deer Park. In the best British condition, the festival is not really near Eridge – and in the future will need clearer direction through website and social media to ensure smoother running at entry and exit. That point stands out, mind, because there is much to praise.

The scenery, for one thing, is glorious, the walk from the gate taking in the rolling countryside in all its glory, and as you glimpse the top of the Ferris wheel and hear the distant thump of the music from tents and on the main stage, the festival reveals its secret hand at last.

This is a small scale affair with the family in mind, limited to 4,000 campers and shunning the idea of day tickets – a shame for locals wishing to sample its delights. Those are considerable, as quite apart from the flawless summer weather accompanying our three days in Eridge, there is a real ale festival, varied and decent food and a fairground quirk or two. Not to mention the rich musical rewards.

The organisers have booked established favourites – Basement Jaxx, Super Furry Animals and Levellers the three weekend headliners – and back this up with a pleasing array of local talent. musicOMH got to see a good number of these bands, and can point up Brighton’s Grasshopper – an excellent combination of  The Associates and Sisters Of Mercy on vocals but pleasingly roughened up elsewhere, jagged and confident. They go down a treat in the Tim Peaks tent, a self-styled house party and the source of many an intriguing beat, jangle and beverage over the weekend.

The Gypsy Disco is a big hit too, keeping the energy going well into Sunday night, while the Horizons stage offers a smoky and dimly-lit contrast. On the Friday Skinny Lister impress with their extravert folk, Get Inuit still more with their energetic pop on the Saturday. The quartet, picked by BBC Introducing in Kent, appear rooted in the Italia 90 World Cup – the year they were born, perhaps? – and have lithe pop hooks and lyrics at their disposal. In front man Jamie Glass they have a vocalist of impressive range.

Forgotten Fields does well by delivering an undercard of local talent on the main stage too, leading to three bigger names each night. DJ Yoda’s Breakfast Of Champions set, starting the party on the Friday, is picked up by Public Service Broadcasting, whose combination of instrumental grooves and Apollo mission dialogue is surprisingly moving in the sunset slot. As the sky clears it is tempting to imagine the International Space Station flying overhead, broadcasting directly through their rather charming sound box – which says, “Thank you very much, Forgotten Fields!” as though having discovered a surprising chemical formula.

Basement Jaxx have been party starters for 20 years now, and put this into practice for a hugely enjoyable opening headline slot. Vula Malinga, one of their irrepressible singers, might be on crutches but this becomes an aid for carnival antics, and the Jaxx combine old and new effortlessly. Sometimes – as in an orchestrally clothed Raindrops – they completely reimagine their songs. Where’s Your Head At? is a great way to finish, with gorilla suits aplenty on stage – teeing up the ‘wild things’ fancy dress theme on Saturday.

British Sea Power take full advantage, and the polar bear suit – a common site in their sets these days – mixes with the audience at the end of a celebratory set. The band have recently reissued their debut album The Decline Of… but mix cuts from this, such as a majestic Carrion, with newer thoughts. Best of all is an oldie with punchy guitars, The Spirit of St. Louis, while alternatively Machineries Of Joy is a blissful set opener. The band close with a cover of Julian Cope’s Out Of My Mind On Dope And Speed.

The Horrors pick up on the relaxed ambience of the main stage but also continue the urgency of an early evening build up. Singer Farris Badwan, ever stylish, remains wedded to his leather jacket, but as he prowls the stage to big guitars it is clear the band’s ambition is not even close to being met just yet. They deliver an elegant Still Life, the band sound confident and assured.

Super Furry Animals are already ‘wild things’ of course, and their set, a reunion celebration, delights the assembled throng. Concentrating more on their English language output, the Furries delve into their catalogue of perfectly formed pop songs, emerging with a punchy Do Or Die, a serene Juxtaposed With U and a powerful, deeply felt Run, Christian Run! These are just three highlights of a superb set, Gruff Rhys and co hitting the falsetto highs and the grunted lows of The International Language Of Screaming and Receptacle For The Respectable with ease.

Sunday brings two festival veterans and another comeback. Johnny Borrell, after a modest ‘and Zazou’ set over at Tim Peaks, reprises his role as self-styled rock god for a Razorlight set. He is of course the only member left, though there is a greater modesty to his stage patter these days, and the biggest hits – Golden Touch and America among them – make themselves felt. But is it too little too late after past excesses? Possibly, but the excitable front rows don’t care on this occasion.

Prior to this De La Soul are far more relaxed, aware of their position in hip hop – “you gotta look back to know how you’re moving forward” – and ready for some highly amusing crowd banter. After throwing about some rhythmic meditations on middle age and contemplating the loss of a belt – around their very first single Potholes In My Lawn – the temptation to do the hits becomes too much, whereby Me, Myself & I and Ring Ring Ring (Ha Ha Hey) lead the way home.

Finally Levellers, another previously easy target for critics – but in their element here. The violin becomes their guitar, and Jon Sevink’s solos are energetically delivered, often while jumping around (have you tried playing violin in mid air?!) It’s easy to forget how many hits they have had, but of the playlist here This Garden – complete with airborne didgeridoo – and One Way make the biggest impact, Mark Chadwick a man at ease in the middle of a field. The band deliver charm, resolve and hooks in equal measure, in the process summing up three elements that help Forgotten Fields off to an extremely good start. Let’s hope for another year.