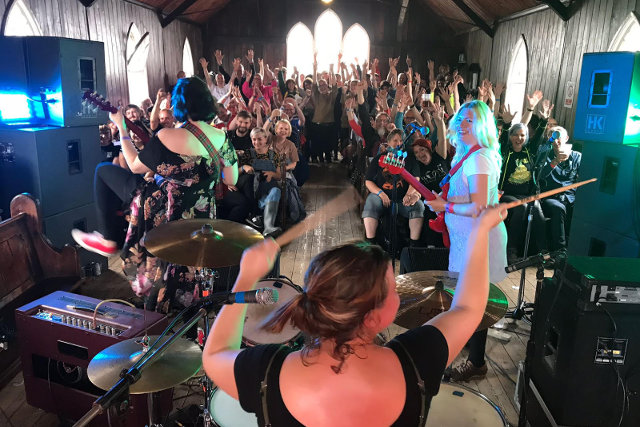 This was the second year that the beleaguered Y Not festival – recently sold to a festival group, with an increased capacity of over 25,000 – fell foul to inclement weather, while its Derbyshire neighbour, the much smaller, humble and throughly DIY Indietracks, rolled up its sleeves and just got on with it.

After all, what self respecting indiepop fan would let a spot of driving rain put them off seeing Darren Hayman performing Breaking God’s Heart in its entirety? And why be glum when you can escape the rain for an intimate performance from the raucous Panic Pocket in the old luggage carriage of a vintage train? Or, for that matter, explore the onsite train museum?

Over its 11 years, Indietracks has grown from an oversized indiepop gig to something rather more special. In recent years it’s expanded its remit to celebrate not only the twee it was born from, but also DIY punk pop – and at the same time becoming a safe space for LGBTQ+, queer and minority culture. Indeed, some of the weekend’s most exciting sets came courtesy of this new breed of bands, whose path into the festival was paved by Durham four-piece Martha. 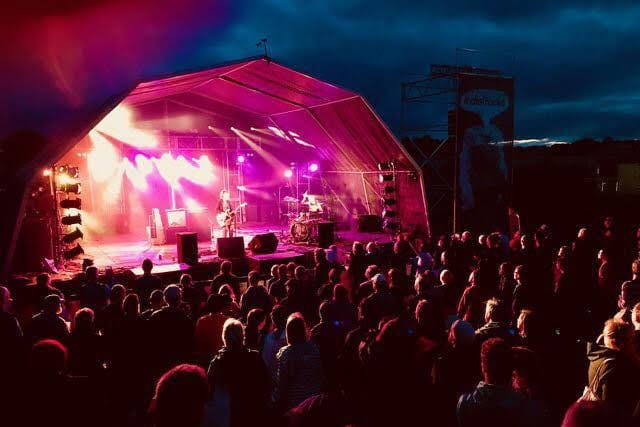 Headliners are The Lovely Eggs, who gauge the crowd just right, with a career-spanning set delivered with a wry grin and a bottle of beer; British Sea Power, who draped the stage in foliage and warmed a chilly, blustery evening; and Honeyblood, who rounded off the Sunday night with their brand of grunge-pop. But the real gems were found far from that headline slot, from cult favourites to new finds.

Like Londoners Dream Nails. Blisteringly angry but triumphantly upbeat, they’re activists who deliver their rally cries with beaming grins, wrapped in spiky riot grrrl. Their songs are melodic and fun, singer Janey Starling an intoxicating performer. Judging by the scramble for t-shirts, 7 inches and ‘zines at the mercy tent afterwards, they’re a hundred people’s favourite new band. And they don’t even have an album yet.

Just Blankets are a blast of fresh air, managing to perk up the rather soggy early crowd on Sunday, with singer Claire Swift’s infectious, soaring vocals. They’re cut from the same cloth as pals and collaborators Onsind, who play later that day with a full band (including most of the members of their other band, the aforementioned Martha). Their set is coloured by the contrast of a violent clash at a gig the night before and the utter joy of being among a safe, friendly and adoring crowd. They’re the most political band to play this weekend, touching on the plight of refugees, while their refrain of Never Trust A Tory can be seen on t-shirts, posters and blaring from the disco tent later on. 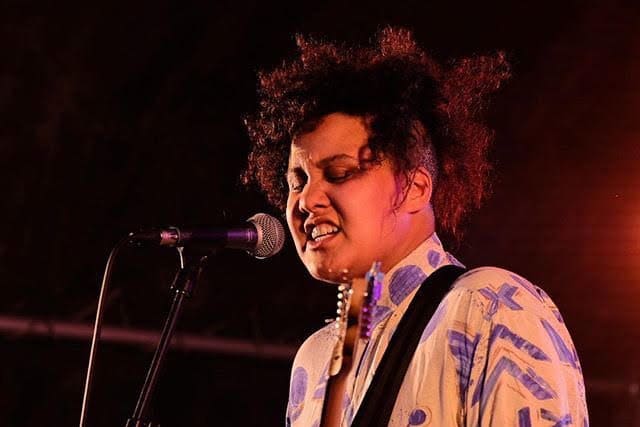 Ramshackle collective Colour Me Wednesday (yet another band with cut and paste London band membership) play a brilliantly upbeat set of melodic punk-pop that mask lyrics ranging from cutting, political rants to kitchen sink realism. South Londoners Wolf Girl, on the other hand, are tight, spiky and utterly at ease at a festival that feels made for them, as they tackle subjects including identity, coming out and mental health with previews from upcoming second album. The innuendo-filled Deep Sea Diver takes on new legs, as the heavens open, but the crowd remain resolutely out in the open air.

Elsewhere, Mikey Collins‘ set might be more old school Indietracks, but it’s a revelation nonetheless. The former Allo Darlin‘ drummer was something of a Sleeper Man to his charismatic band mates up front, but his set in the church, showcasing his debut album Hoick, put him firmly in the spotlight. Backed by a band including former band mate Paul Rains and Tigercats’ Laura Kovik, his songs ooze melody and upbeat harmonies, shedding the melancholy of his previous life.

Tigercats themselves have also undergone something of a reinvention, playing a set nearly entirely made up of their latest album, Pig City. They’re joined by a brass section which emphasises the clattering clash of synth, jangling guitars and trumpet on the new record – tracks like Stay Out Of Limehouse feel a million miles away from their earlier work.

Fuzz rockers Eureka California show off their fourth album, Roadrunners – recorded in Leeds with MJ from Hookworms. The duo – guitar and drums – have perfected their droney, slacker rock, injecting bigger choruses and attitude. When technical difficulties get in their way, they singer Jake Ward awkwardly chats to the audience, asking them what their favourite owl is – a nod to the distant squawking from the birds of prey display – “Snowy!” comes the response, “Short eared!” 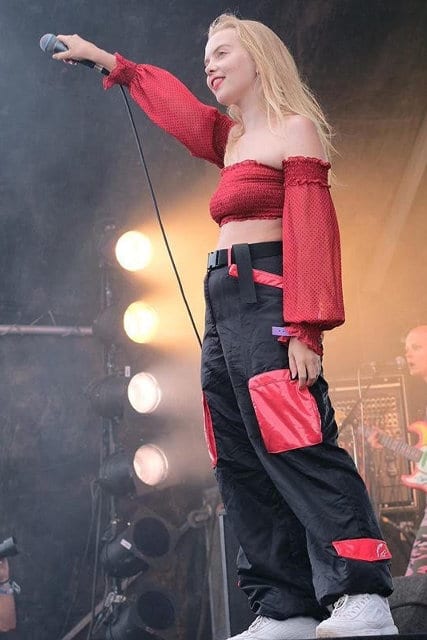 One of the more high profile appearances comes from Anna Burch, who is flanked by members of Girl Ray for her indoor appearance. The programming is slightly odd, given that her debut album, Quit The Curse, is the perfect soundtrack to a sunny afternoon. Nonetheless, it’s a pitch perfect rendition of the Detroit singer’s hazy ’60s pop, with a ’90s college rock spin.

On Saturday (ie. not the forecast rainy day) this year’s Indietracks felt busier than usual, perhaps in part thanks to British Sea Power’s draw. So we won’t tell you about all the other little things that make this festival so very special.