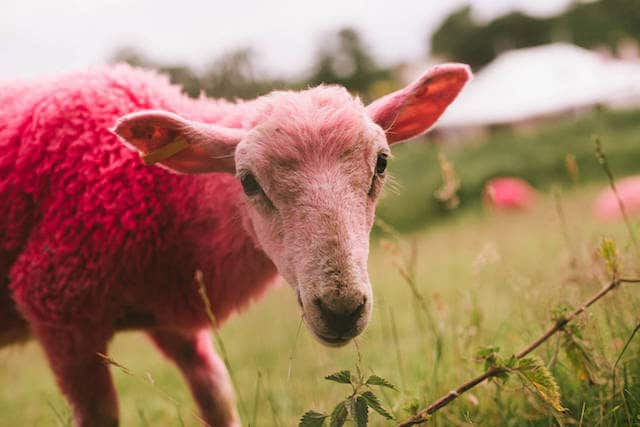 The thousand yard stare is the common look on Monday (see above). Gazing out across the campsite, you can see various people perfecting it. Sitting in porches, watching the slowly diminishing field of tents in front of them, some people drag trolleys, thinking about exactly when they’re going to start the process of closing their weekend and returning to normality.

It’s the beginning of the end, after everything has finished. As everything and everyone packs up. After every headliner has headlined, every confetti cannon fired and every reusable plastic cup, with the £2 refundable charge, has accidentally been taken back to camp and now all the return points are shut.

Latitude is done for the 11th time and it hasn’t been shaken wildly out of its niche. A niche which seems to attract an awful lot of barbs. But the thing is, Latitude has become the festival which comes closest to capturing the Glastonbury ethos of offering something to as wide a range of people as possible, albeit on a smaller scale, and minus the mud.

So there is poetry. There is literature. The biggest queue of the weekend is to try and get in to see Adam Buxton interview Louis Theroux. Occasionally you’ll go somewhere and see a Scandinavian art troupe called Svalbard presenting their current project while combining dance, cabaret, circus skills and those trousers with velcro up the side which you can tear off with minimal effort. 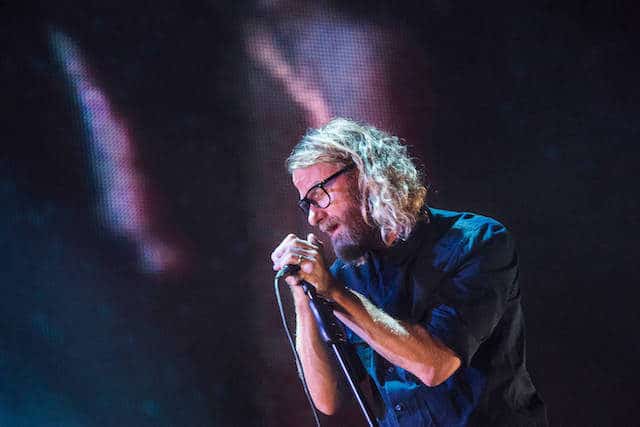 Musically, it’s hard to argue against The National being the biggest draw of the weekend. And Latitude’s first returning headliners do totally own Saturday. Matt Berninger tells us how the festival saved their career by putting them on the bill on 2007 (and giving them “more money than they’d ever seen”), and he returns the favour in 2016 by stomping across the stage drinking from every single receptacle he can find.

They play four new songs. The Day I Die has a squealing riff and a battalion of drumming. Can’t Find A Way swirls and builds slow. The Lights is a “shitty title” but “a good song” and I’m Gonna Keep You is their “prom song”, a slow mournful waltz. They’re all promisingly good at first glance; the rest of the set is triumphant. The opening trio (Don’t Swallow The Cap; I Should Live In Salt and Bloodbuzz Ohio) are anthemic. Graceless has a shimmering, slick sheen. Lauren Mayberry from Chvrches is brought on to duet on I Need My Girl, and during Terrible Love Berninger predictably ends up buried in the crowd. Security look worried; he looks like he’s squinting, having lost his glasses in the throng. 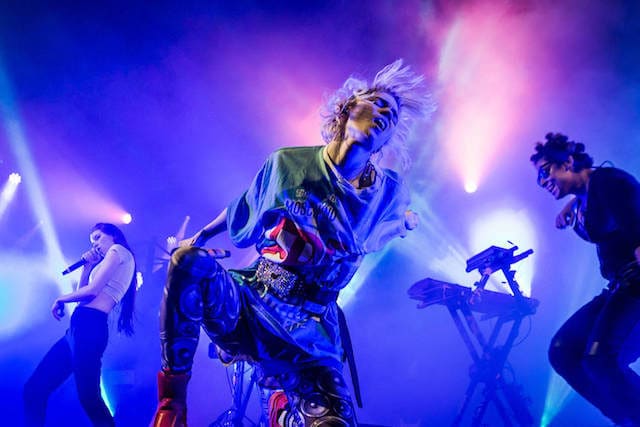 The day before, Friday, sees Christine And The Queens and Grimes play the same tent. While Héloïse Letissier unites (particularly in the love everyone feels for Tilted) Claire Boucher is more divisive. Some say she sounds like the ideas from a million different pop futures all playing out at the same time, others that she sounds a bit like Toni Basil doing covers of B*witched tunes, which, if you think about it, is almost certainly one potential future for pop. She apologies for not being able to speak Mandarin and instead offers to crash through Scream in Russian. At one point her dancers come out with sai daggers. She talks at a thousand miles an hour and introduces every other track as her favourite song to sing. It may be a hyper-stylised source of disagreement, but it definitely isn’t boring. Plus concord can be reached about Kill vs Maim being spectacular. 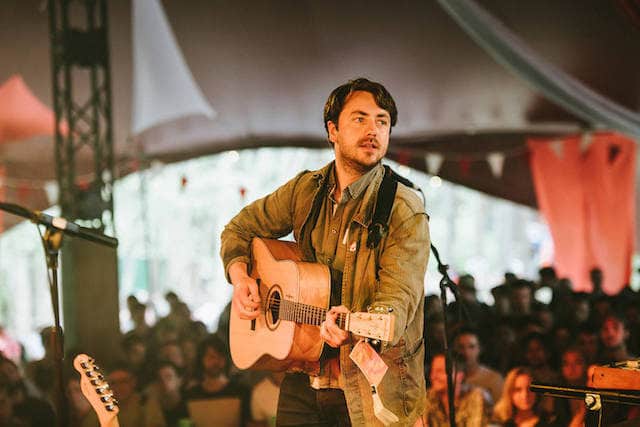 Saturday does then head more towards a day of melancholy. Good melancholy, different kinds of melancholy, but melancholy nonetheless as the aforementioned The National are preceded by a series of acts who aren’t exactly joyous. MONEY are first. Jamie Lee seems in effervescent spirits, he leads the Sunrise Arena through a string-backed selection of songs which are beautiful, stark and with echoes of both Hope Of The States and Bright Eyes.

Then there’s Daughter, who are unexpectedly moving. Human is plaintive and desperate and a spindly, icy Smother is tear-jerkingly good. Then there’s the peerless John Grant, who delivers his slices of piano-led unhappiness with a twist of the blackest humour and a hearty side of booty shaking. 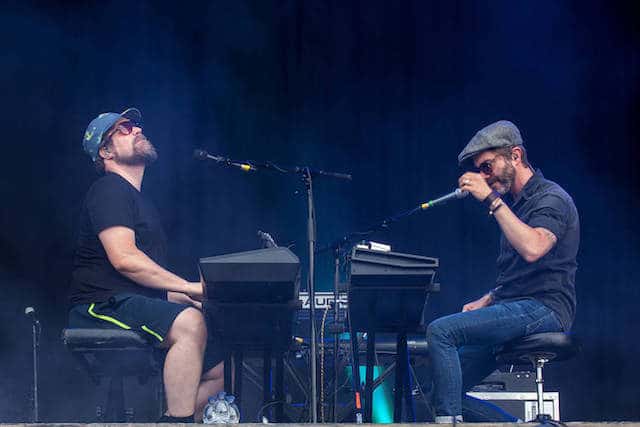 There’s a real coherence and flow to the acts on Saturday, but Sunday, for whatever reason, doesn’t quite keep it going. It feels stilted and a bit anti-climactic. The heat may have something to do with it, but there’s also some definite lulls. But if you don’t mind a slight meander to them, there are some highs. Given nothing other than acts associated with them, Minor Victories feel rather unfairly stranded out in one of the first slots. That said, they are very good. The cosseting voice of Slowdive‘s Rachel Goswell and the bludgeoning, jet-stream of noise Mogwai‘s Stuart Braithwaite wrenches from his guitar are perfect bedfellows.

Over in the Alcove, Skinny Girl Diet are a riot; punky, loud and exactly the kind of thing to blast through the dust and the daze, it’s clear why Iggy Pop likes them. Confident, loud and raucous, great things surely are due. Elsewhere, Bill Ryder-Jones is unnecessarily self-deprecating about his likeable performance, while MØ gives hers absolutely everything. 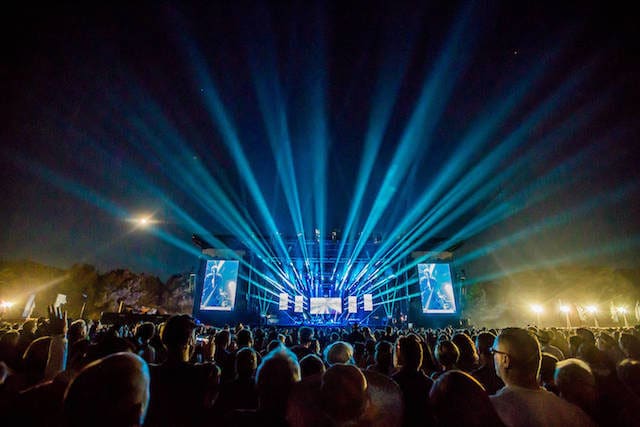 The climax, provided by New Order, does live up to expectations. Initially leaning heavily on the last album Music Complete, they do sound far more energised and vital than expected. Bernard Sumner, despite having the look of a man who’d far rather be well into his third pint of best at the annual shove ha’penny tournament at his local, is effusive in his praise for the audience and the festival and when they roll out Bizarre Love Triangle, True Faith and Temptation the general eruption of goodwill is hard to deny.

And that, is that. On to Monday. On to thousand yard stares and the beginning of the end. Latitude is done. It may be a lot of things, it may not be many others, but a decade on and it’s hard not to place it as one of the summer’s most genuinely likeable festival experiences.