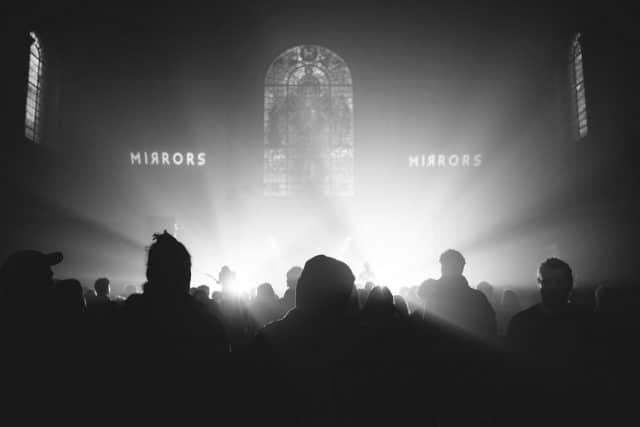 Now in its third year, Mirrors brings the single-day, multi-venue microfestival – Bushstock, say, or the early days of the Camden Crawl – to Hackney. Both late in calendar and easy on pocket (with tickets costing around £16), it’s fairly easy to see why this year’s outing proved a draw, selling out in advance, with stern warnings about capacities plastered on the entrances to each of the four venues.

And it’s in the smallest of those that we begin, with Indiana’s Peter Oren taking the 3pm slot upstairs at Paper Dress Vintage. “It’s a curious thing to be playing a show at this hour,” Oren, making his UK debut, tells us, as light streams through the windows that back the stage; “and so sober”.

Not letting a little jetlag or the slight incongruity of the setting get in the way, he’s a singer-songwriter whose songs – solitary travel, ecological calamity – couple some neatly blue and jazzy turnarounds to a voice like crestfallen chocolate. Warm and approachable, when he entreats the audience to “shuffle forward into the gap” before the stage, they do. (At this hour. In London. It’s practically unheard of.)

They’re quiet too, which sadly is more than can be said of the capacity crowd packing the Moth Club for Lomelda, also battling a few technical hiccups. As an almost unbearably fragile Bam Sha Klam goes, “We will disappear/into nothing”. And it almost does.

The largest of Mirrors’ venues, St John at Hackney, seems almost completely swamped in theatrical smoke and fog by the time we arrive, a little way into Josefin Öhrn + The Liberation’s stage-opening set. It’s suitably heady, and fits the head-nodding motorik groove, but for all the pulsing bass and swooping, swooshing noises, it’s all just a bit unengaging; a little lost in the cavernous surroundings of the church.

In one of the day’s more unfortunate clashes, we’re forced to miss Ultimate Painting in the same space to get into the considerably more intimate Oslo in time for Phoebe Bridgers, but the chance to catch some of Faye Webster’s London debut is a welcome trade-off. Walking the line between fragile indie-folk and country, Webster’s lush, warm major-sevenths are offset by sighing, swooning pedal steel, with the long-distance heartbreak of Is It To Much To Ask crushing in all the best ways. 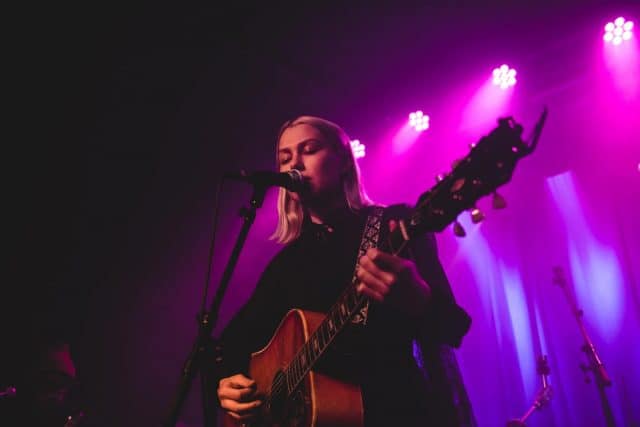 “I’m feeling like the only person who dressed up at the Halloween party right now”, jokes LA’s Phoebe Bridgers as she materialises with an acoustic guitar, draped in something flowing and funereal. She’s joined by her “best friend” Harrison Whitford, whose baritone guitar adds echoing, deeply fuzzy grit to a bewitching set taken mostly from Stranger In The Alps. Smoke Signals, at once lucid and obtuse, is captivating, balancing shared experiences of loss (“singing ‘Ace Of Spades’ when Lemmy died”; “it’s been on my mind since Bowie died”) with a delicate, distant cry for help. Scott Street, introduced as “the second part of that story” is funny and sad, wise beyond its years.

For the second time today, there’s a Tom Petty cover (“That one hurt. Fucking bummed about that one.”), in the shape of It’ll All Work Out (“So let’s sing his saddest song!”, she says with a grin). Finally, Motion Sickness says it all (“I have emotional motion sickness/Somebody roll the windows down”). As Bridgers draws out the final line (“I want to know what would happen/if I surrender to the sound”), there’s an ecstatic release that’s palpable, along with a feeling, as we leave, that we might never see her in such a small venue again.

“Los Campesinos! and Pinegrove. How about that?”, asks Gareth Campesinos! from the stage of a packed St Johns. “In the 1990s, The Beautiful South and The Barenaked Ladies toured together. That’s how I would feel about that.” It’s an esoteric comparison, but he might have a point about the “two-and-a-half hours of solid emoting” which would no doubt ensue. The pairing – the closest thing Mirrors has to ‘traditional’ headliners – stand apart musically here, with LC!’s literate, angry buzzsaw-pop keener than Pinegrove’s initially staider-sounding, emo-tinged Americana (or is it Americana-tinged emo?).

But they’re equally heartfelt and driven, and the emotions are reflected by the crowd, their devotion won over the course of a ten-plus-year career in Campesinos!’ case, or seemingly overnight in the latter. There’s no doubt that LC!’s is the more interesting set, drawn as much from their early days – with Knee Deep at ATP and a triumphant You! Me! Dancing! standing out – as from this year’s Sick Scenes (particularly 5 Flucloxacillin, a heartening riposte to the crowing Brexiteer – “They say if they had got the victory/They’d act with so much more humility”). But the slightly ragged, downtrodden optimism of Pinegrove does appeal, and there’s barely a face in the crowd that doesn’t light up with every word of Old Friends, a happy-sad hug of a song. 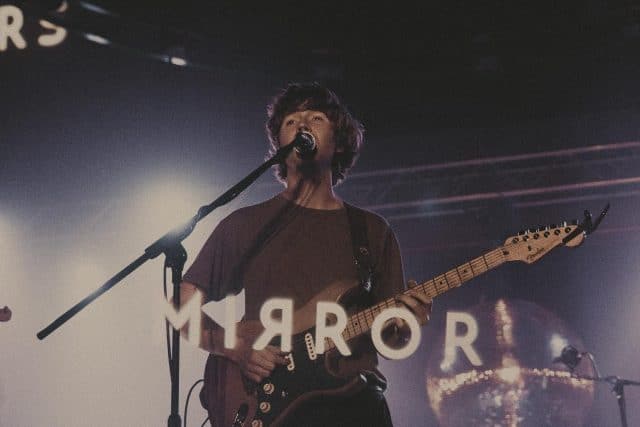 Making the most of an excellent selection of venues, mostly comparative newcomers to the London gigging landscape, the third Mirrors more than proved itself to be a worthy supplement to an increasingly crowded timetable, and was often at its best when showcasing newer acts. Although we catch a few – the affably slack Gold Connections, or the enjoyably skew-whiff, angular Sorry, it’s the final act at the Moth Club that stick longest in the memory. And eardrums.

Brash, confrontational, exciting, with a frontman in Charlie Steen you neither want nor dare to tear your eyes from, South London’s Shame play a short, visceral closing set, which begins with ten minutes of soundchecking – starting with squealing feedback and somehow getting louder from there – and ends, on a brilliant, scathing Gold Hole, with guitarist Sean holding his battered instrument up by clamping the end of the strap between his teeth. Undeterred, they play on.