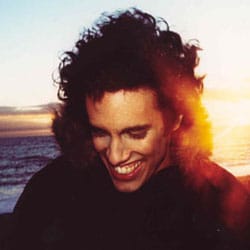 Superclubs are so pass, aren’t they? Well, yeah, they pretty much are. Hands up if you go to a superclub regularly? The last bastions of clubland’s heyday either went under (The Hacienda), went less popular (Cream is now an occasional event) or went up in smoke (Gatecrasher). Sure, some of the brands may still be alive and doing reasonably well and the spin-off compilation albums may still be coming out with nauseating regularity, but for all intents and purposes, the notion of a UK superclub today is more anachronism than a night of guaranteed hedonism.

But then there’s The Warehouse Project. In existence since the superclub era’s virtual death in 2006 and initially basing itself at the disused Boddingtons Factory, the club night has now found a more stable home in the old air raid shelters underneath Piccadilly Station. Four successive winters in (Warehouse Project runs annually from September to the New Year) and the 2000-capacity nights are not only successful – total advance sellouts are common – but the whole thing feels pretty effortless.

Tonight is, of course, helped quite a bit by its heavyweight lineup. Curated by Kieran Hebden, the ridiculously crammed-in audience gets Four Tet, Caribou and James Holden in one night. And that’s on top of a host of other DJ sets spread across the venue’s two large spaces hidden within its many stony arches. Aside from the lineup and the sprawling mass of the place, there’s nothing particularly Superclub about The Warehouse Project. There are no overblown laser shows; no dead-eyed semi-naked dancers on raised platforms; no neon-lit chillout areas that are impossible to locate and even harder to chillout in; no cheap-looking design features that almost instantly look like throwaway bits of crap from the set of Blake’s 7. It’s refreshing to walk round a club and not feel like the night and the way everyone is supposed to feel and act has already been decided by some half-arsed attempt at branding or club identity.

What there is in abundance is atmosphere. There’s a latent sense of excitement in the air that hangs around the queues on the way in and sticks around until the last thudding beat. It’s a festival atmosphere. The stone walls might as well be the steep fabric slopes of a festival tent. People are happy-faced and genuinely excited to be dancing to music they’d choose if they were in charge of things; and there is a pleasing lack of pretentiousness or that sort of incestual clubbiness that immediately targets non-regulars and eyeballs a “DON’T EVEN THINK OF COMING NEXT WEEK” message right at them. The fact that the nights continually rotate, musically, obviously helps to keep the club’s inhabitants rotating and also keeps each night an individual I was there/I should have been there occasion.

Tonight’s music gets the kind of ecstatic reception the makers of two of the year’s finest albums should be getting. Both Four Tet (who was on first) and Caribou draw crowds large enough to break ribs, which although great in its own memorable way, does make it practically impossible to dance. It’s more moshpit than dancefloor, as people throw themselves pogo-fashion to the gems from There Is Love In You; namely, Love Cry, Plastic People and Sing. Hebden is as he always is. There could be five or five thousand in front of him but he’d still be lightly tapping one foot, working the mixer and smiling to himself like he was DJing in his bedroom. The glorious album opener, Angel Echoes, brings a little soul to a night that is, for the majority of the time, all-out frenetic.

Caribou’s set somehow manages to raise it another notch. While Swim isn’t the kind of record that takes particularly long to slip into the consciousness, increased amounts of exposure to it only serve to reiterate just how blindingly good it is. The dancefloor’s familiarity with the album is abundantly clear. Every track is received with either closed eyes and euphoric faces, or beaming smiles and whatever kind of attempt to move hip and foot is possible. A thousand people throb to Found Out and Odessa before eyes roll back in a universal capitulation to Kali. The roar that greets Sun is spine-tingling; the circle of rainbow colours that blink behind the band, totally hypnotic. Sun, sun, sun, sun, sun, sun, sun…

James Holden’s job looks impossible. How to follow that? But, of course, he does and with the kind of ingenuity and sonic comprehension that’d make anyone consider whether a night even needs any sort of chemical enhancement. Holden is a master of intelligent dance music, music that doesn’t ask anyone to think, but simply begets thought. He constructs a set of controlled insanity, as easy to dance to as it is to ponder the meaning of the universe to. A thousand people get lost inside Holden’s otherworldly creation, and open their eyes to find themselves back on Planet Earth. The lights are back on. Who said superclubbing was dead?