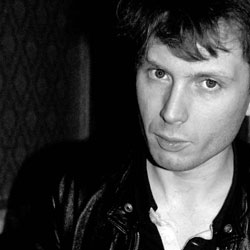 Franz Ferdinand hit London on the penultimate gig of their UK tour before going on to Europe, where their slightly kitsch brand of art-pop/disco-punk goes down just as well as here.

Before then support act The Soft Pack warm the crowd up nicely. Led by singer Matt Lamkin this post-punk garage band from San Diego, California deliver a taster of what they will surely do when they become a headline act, no doubt helped by Franz’s endorsement. Parasites may suggest a more cheerful Joy Division track, Nightlife a friendlier version of the Fall and Extinction the stripped-down sound of the Strokes, but these, and other, songs are strong enough to stand on their own feet and bode well for the future.

It’s only been six weeks since they were last in the capital but Franz get a rapturous response when they come on stage. Sharply dressed as always, they hit the ground running, as they proceed to play almost all of the tracks from the new album, interspersed with some old favourites greeted like long-lost friends. After singer Alex Kapranos takes off his Bryan Ferry-style white jacket a few songs in, the band metaphorically rolls up its sleeves without ever seeming to break sweat.

Songs from Tonight such as the highly danceable bass-heavy No You Girls (the next single), the upbeat Twilight Omens with its slightly Abbaesque keyboard riffs and the synth-propelled Can’t Stop Feeling take us on a hedonistic journey of fleeting sexual encounters and chemical excess through the highs and lows of a night on the town. Beneath the irresistibly pulsing beat can be felt a darker, melancholy strain, epitomized in the lyrics of recent single Ulysses moving from “let’s get high” to “You’re never going home”.

There are also storming versions of early hits like Take Me Out, Do You Want To and Walk Away, a reminder of the band’s original instant impact, with the crowd singing and clapping along. The newer more electronic stuff may be a bit of a departure but hearing the whole catalogue mixed up together it sounds like a natural evolution, with the distinctive Franz Ferdinand signature running right through it like a stick of rock. It’s all sophisticated, sexy pop in post-modern packaging.

The band come off after less than an hour but the encores are extended, and the guys seem more pumped up. During the frenzied finale of What She Came For Kapranos and funky lead guitarist Nick McCarthy (who also plays keyboards on some songs) mock duel with their guitars like rutting stags, though Lucid Dreams, the longest and most innovative track on the new album, has its experimental electronic coda cut.

The African-influenced Send Him Away turns into a drumfest as all band members (plus a fifth drummer) bang away in percussive propulsion, and the gig ends with what can only be described as an incendiary performance of early song This Fire, accompanied by flickering psychedelic images on the background screen.

Afterwards, the crowd emerging into Hammersmith may not want to “burn this city” but they may well feel like painting it red.