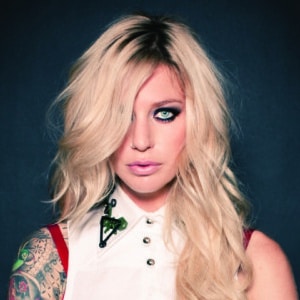 If 2012 was the year of Gotye, then 2013 looks set to play host to a far less mellow trailblazer of the musical delights of dear Down Under. It all comes in the form of bubbly Kiwi Gin Wigmore; who since the release of her debut album in 2009, has managed to notch up track appearances in half a dozen US TV shows – including One Tree Hill and Grey’s Anatomy – plus all the usual shiny sales accolades back in her native New Zealand.

Last year brought the veritable cherry on the cake – her song Man Like Me soundtracking Heineken’s run of tie-in ads that saturated the TV channels around the release of James Bond flick Skyfall. Wigmore even got to appear in the ad herself.

Does that make her an honorary Bond girl? She certainly has the looks to match – taking to the stage at the Borderline tonight with characteristic Antipodean charm; all smouldering eyes and tousled blonde hair. As far as both mannerisms and music were concerned, it’s safe to say Wigmore is a bit of a live-wire – doing the whole quirked-up kooky-kid shtick with a good deal more flair than the likes of Paloma Faith, and with a showboating spirit that’s half rowdy rock n’ roll, half vaudevillian cabaret.

Tracks like Under My Skin and Black Sheep present the two sides of her musical palate – one cheery and feckless, the other brooding and tempestuous; but both united here by a giddy, spirited delivery. They talk of bottled enthusiasm – with Wigmore, it’s more in the realm of whole gallons, the singer leaping up and down on the spot throughout the show as if she’d plugged herself into the mains current.

With plenty of expletive-peppered audience banter to intersperse her mile-a-minute set of frenetic tunes, Wigmore arguably comes across much, much better in a packed, intimate venue like the Borderline than she does on record. Lifting herself out of the play-it-safe Radio 2 production values that effect so many of her ilk, tonight she proved to be brilliantly feisty, and with a strikingly proficient band backing her up, tracks like set standout Oh My and the aforementioned Man Like Me are teased out into glam pop stormers reminiscent of David Bowie in his ’70s pomp.

It’s all an acquired taste, for sure – the in-ya-face Jack Daniels-chic of Wigmore’s vocals and Black Keys-lite guitar fuzz bristling with all the showiness of the schoolyard’s resident attention seeker. But when it’s as sugary and carefree as tonight’s set was, it’s pretty hard to resist. For the most part, Wigmore’s musical fare is brattish, naughty, sexy – chiefly though, it’s also a tremendous amount of fun. And sometimes, that’s all you really want, isn’t it?