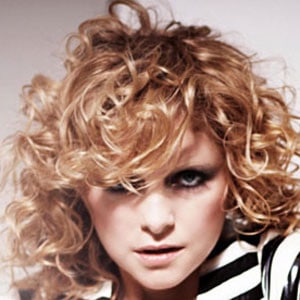 Felt Mountain, Goldfrapp‘s debut album, appeared in September 2000 on Mute Records and caused an awful lot of excitement. Sublime, decadent, twisted and elegant were among the less feverish words employed to describe the genre-defying music conjured up by Alison Goldfrapp and Will Gregory, the writing and performing duo. And for once it was more than justified – the album is stunning. Alison Goldfrapp has a vocal range many opera singers would envy, and can switch in an instant from Marilyn Monroe at her kittenish best, through Ute Lemper in full dominatrix mode to the siren call of Marlene Dietrich. Even her whistling is gorgeous.

Now, just before the release of Human, the third single from the album, comes a headline UK tour culminating in London. This was one of the hottest tickets around. How would the other-worldly elegance and emotion conjured by the album translate into live performance?

Following excellent support from a multi-instrumental leather jacket-wearing skinhead, Mr Tim Hutton, and his compadre in sound (his style is reminiscent of Bristol mid-1990s, all Massive Attack depth), on came most of Goldfrapp (bar Alison) and a low-key opening orchestral version of Lovely Head ensued. Will Gregory, clad in combats and looking for all the world like a Vietnam vet, took centre stage for the only time that evening and strummed a guitar. His background in film composition indicates that he is an unhappy frontman, which is why the band is named Goldfrapp, to deflect attention from the shyer of the duo. He was accompanied by a fine selection of musicians including a very fine violinist, sporting shorts, whose intense but meltingly sweet tone made a major contribution to the success of the set. Was this Stuart Gordon, credited on the album? We should be told but regrettably weren’t. Very like Darryl Way of Curved Air.

Towards the end of the instrumental, Alison Goldfrapp slipped on to the stage almost unnoticed, in a low key, no-colour suede two piece and her blonde curls hidden under a black gypsy scarf. From the moment she opened her mouth however we knew we were in for quite a ride. Flitting between three different mics (two set up with vocoders), she emitted the most extraordinary – and beautiful – sounds and effects. The music is strange and eerie in itself, but add her voice and you really do get an angel singing the devil’s tunes. Hopefully she’s looking after her vocal chords as well as any tender classical soprano.

We were treated to most of the tracks from Felt Mountain (including a complete-with-vocals version of Lovely Head), all recognisable and welcomed but lifted to a higher plane in the charged atmosphere and helped by some imaginative lighting effects. Human, at number three in the set, wired us up to a level that was then sustained through Lovely Head, Paper Bag, Utopia, Pilots and into two encores. Alison looked genuinely astonished that we really, really wanted more. We got four songs altogether, including a terrific cover of Let’s Get Physical and the wonderful Horse Tears.

Goldfrapp, the show, isn’t just good live, it’s extraordinary. The elegance of the album is still there but it is given an even more dangerous twist – this was one of the most exciting live performances of the new millennium.