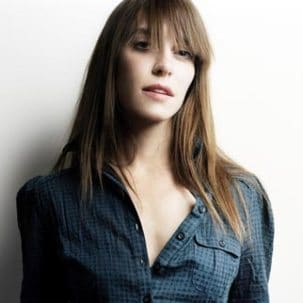 British festival-goers have long since learned the hard way that no matter what musical delights are on offer, the fields of England, Scotland and Wales are no place for fair weather campers. Even bearing this in mind, the Brecon Beacons seems particularly cruel this weekend, veering schizophrenically from torrential rain one minute to burning sunshine the next.

It all starts reasonably well. There’s a bit of drizzle on Thursday afternoon as tents are pitched but not enough to discourage the punters from venturing out for a quick exploration of the first entertainment offerings of the weekend, including Savages and Loney Dear in the Far Out Tent. ‘Tent’ is the operative word here – as in ‘under cover’, ‘indoors’. It’s about to become a major theme of festival survival.

Because overnight, the heavens open and by Friday morning there’s no sign of the rain letting up. Glanusk Park resembles Apocalypse Now, with added inflatable elephants and bicycle generators. But look on the bright side: Dexys are back and Kevin Rowland’s not wearing a dress any more. Perennial favourite Come On Eileen soon gets the early evening crowd going, even though it seems to last forever. Following it with a potty-mouthed outburst about the upper classes is a somewhat ill-judged, however, making him sound more like a teenager desperately trying to fit in with the cool kids at school than one of pop’s elder statesmen. The set comprises mainly new material but just about manages to stay the right side of the line between musical theatre and concept album. Rowland is certainly never dull, and proves a good choice of warm-up for later Mountain Stage headliners Stephen Malkmus and Mogwai.

Saturday. Still raining. Heavily. Rivers of mud drive everyone into the vast, hanger-like Literature Tent to skulk in the shadows, partake of the now-legendary Green Man music quiz, stay put afterwards to avoid getting wet. It might not be the first entertainment of choice for fans of slightly off-kilter folk and indie rock but it’s surprisingly entertaining to hear the history of the festival’s literature element, which has grown with the Green Man to become a main feature of the weekend. Poetic retellings of the proliferation of Welsh-language pop bands of the 1980s are really quite worth listening to.

And hey, the rain can’t go on forever. It mercilessly starts to clear up by mid-afternoon to give way to warm, welcome sunshine. The mood is mellow, and after the comfort of the Literature Tent, the comedy/science stage in Einstein’s Garden suddenly seems like a good idea. Stand-up routines based on mathematical formulas and scientific equations? Honestly? Maybe acid rain has had an effect on the brain, but it works amazingly well. Greg Hall, an ‘ethnomusicologist for the British Library’ whose songs have been used in Shane Meadows films proves to be a particular hit. An honourable mention also to musicOMH’s own Rosie Wilby, whose Science Of Sex show graces the Omni Tent with a subversive slant on topics including the stages of love and lust, sexual identity and a closing section on good and bad sex music. No sniggering at the back now.

By this stage it’s turned into a thankfully warm and dry summer evening, and where better to spend it than in Green Man’s lovely Walled Garden, an enclosed space with a neat little stage in the corner where, thanks to Nick Mulvey, it seems like you can’t move for ethnomusicologists. Now departed from the Portico Quartet, he’s innovative and engaging alone, as is Steve Smyth, who follows him with Neil Young-tinged folk blues.

Van Morrison, a mid-evening draw on the Mountain Stage is probably the biggest name of the weekend, and doesn’t disappoint with a run through of his greatest hits. Things are certainly looking up. With the sun shining and the entertainment flowing, the next question to ask is, are Field Music worth the long, muddy trek uphill to the Far Out Stage? Of course they are, and in the now balmy evening warmth, it seems perfectly logical to stand outside the tent they’re performing in to soak up the atmosphere along with their perfect psych-pop and a warm lager. There’s even time to catch Metronomy headlining the Mountain Stage afterwards, who shake the festival with their chemical-induced beats and somehow manage to make the crowd forget that dancefloors aren’t usually ankle-deep in mud.

Sunday, it’s raining again. Hard, again. By now, encrusted with two days’ worth of brown stuff, staying out in the drizzle to watch Seamus Fogarty‘s very appealing Neil Young-ish sound on the main stage doesn’t seems like such a frightening idea. A literate young singer songwriter from Kilkenny now based in London, his standout song is Heels Over Head, which sits neatly amid his knowing alt-folk. Elsewhere, Jamie N Connors is a particular treat, as is Crybaby. When the weather can cope, this is definitely the festival space bar none.

Highlight of the weekend is, though, without doubt, the incomparable Jonathan Richman in the Far Out Tent. He would he be wonderful anywhere, at any time, but somehow his slightly loopy freak pop is even more bizarre in the current setting. Anyone who ever thought they’d sing along to Dancing In A Lesbian Bar up to their knees in mud in a tent in Wales put your hands up now. Whatever drugs you’re on, please share them.

No-one could follow this, it has to be said, but Of Montreal seem particularly disappointing, just a little bit too ordinary after such a maestro, while back on the Mountain Stage, Feist is doing an admirable job of bucking the Green Man trend of willowy female singers who don’t quite have what it takes to close the festival. Only just, it has to be said, and if the weather hadn’t held someone with more oomph would have been required, but on a warm evening when the rain is done for the weekend, she’ll do just fine.

So, another year, another Green Man (nearly) over. Up we all trek to the top of the hill to burn the giant wicker effigy which, this year, sparks up beautifully and burns fast and furiously as the fireworks light the sky around the festival survivors.