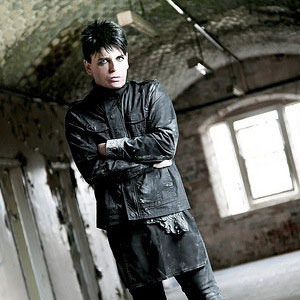 Saturday morning and there’s no sign of the weather getting better. Yesterday’s mud is now free flowing rivers of brown water, but the toilet queues are full of optimism that sun is promised for tomorrow. That’s the spirit!

There’s nothing for it but to knuckle down, study the programme and work out the order of entertainment for the day. The Guilfest bill is a strange beast, part Britain’s Got Talent in a field, part showcase for tribute bands (there are more than a dozen on one stage or the other this weekend), part shop window for local entertainment troupes hoping to pick up some corporate bookings, and part nostalgia fest, with numerous bands from the ’60s to the ’90s who haven’t played anything other than their greatest hits to audiences for more than a decade. This gives the weekend an eccentric charm, but also remembers the greatest tenet that at the end of the day, it’s really the songs that count, much more than who’s playing them. This is the anti-ATP.

The Main Stage kicks off with Rock Choir, the does-what-the-name-suggests collective, followed by Street Vibes, a Diversity-esque local street/hip hop dance troop made up of boys and girls of all ages. This is entertainment for the masses, but in weather like this it’s nice not to have to think too hard. After The Validators, a ridiculously energetic bunch who describe themselves as a “Baltic Celtic Bossanova Ska band – from Lincoln”, which works despite this, it’s time for the first of many tribute bands who will grace these boards over the next two days: Bjorn Again.

Guilfest is still somewhat unique in mixing tribute bands in amongst the real thing: other than the all-tribute bands Glastonbudget, most festivals still seem to thumb their nose at the copycats, but there’s no reason to. They’re nearly always competent musicians and can be trusted to play the favourite hits with no danger of deviating into the new album. Plus, for added entertainment purposes, there will always be a few amusing souls in the crowd who aren’t sure if they’re seeing the real thing or not. Watch the Olly Murs fans debate “I thought Abba had split up?” and feel smug.

The only slight danger with the plethora of tribute bands is that it can be hard to determine, from names alone, which of the artists performing here are of that ilk, and which just have names that sound like they might be. The Ramonas are what you’d expect – an all-female homage to Joey and Da Brudders – while Tyrannosaurus Alan doesn’t serve up Marc Bolan. It can be a little hit and miss, but the guessing game is fun. To top it all, the tribute bands don’t always see the need to keep it pure: Bjorn Again diversify from Abba to MC Hammer and The Police at times. They’re nothing if not versatile.

Next up is Take Fat – with band members including Jason Chocolate Orange, Gary Lardo and Blobby Williams. They not only do a nice take on crowd-pleasing super hits from the enduring boy band, but also eat sausage rolls on stage and throw them out in to the hungry audience. Later on tonight, they’ll prove to be the festival’s saviours, coming back out for a second set to fill in for the missing Tulisa, who pulls out at the last minute. They’ve certainly done their profile no harm this weekend.

Honourable mentions of the day also go out to Ahab, a Mumford And Sons-meets-Taylor Swift country pop ensemble and Bastille, who present an electronic, stripped down version of their album which allows a more prominent two part harmony to shine through.

Who wants to see Olly Murs on the main stage, though, when in the next field you can enjoy the delights of Tim Minchin, dishing out advice on cheese, religion and musical taste: “Two in every three girls dislike the key of C sharp minor but succumb to peer pressure”. He’s very, very funny, and for those in the audience who only know him from Never Mind The Buzzcocks, it’s a welcome revelation to see him perform his unique mix of music and comedy.

The weather refuses to improve, but nonetheless Nouvelle Vague are a welcome distraction between Minchin and headliner Gary Numan, the only man here tonight who can top him for sheer volume of guyliner. Numan is excellent, proving he still has it and, while he might be the contemporary of many of the nostalgia dwellers here this weekend, unlike some of them he’s evolved and stayed relevant. His new material might sound almost identical to his old, but he has a loyal fanbase who know what they want and he delivers it. It’s a good performance to end a wet and mostly drizzly day, as Bastille Day fireworks explode on the horizon. Tomorrow, sun is promised.