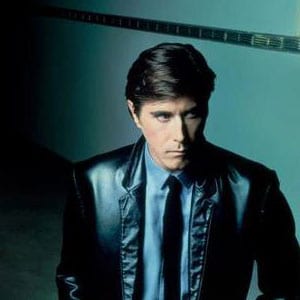 Hooray! The promised sunshine materialises. By the time the campsite starts to stir into life, yesterday’s rain clouds have evaporated into blazing heat. This means that the mud has coalesced into sticky, sucking pools of welly-eating glue, but it’s a small price to pay for throwing off the waterproof cape and embracing a plethora of silly hats.

The Main Stage opens with a repeat of yesterday’s bill – Rock Choir and Street Vibes – before Elvis & Friends provide a pleasing enough run through of the King’s back catalogue and other rock’n’roll staples. The improved weather encourages a wander around the festival site and an investigation of the smaller tents and side areas. KidZone is full of child-pleasing theatre that avoids the PC propaganda-ising of Glastonbury’s equivalent: Alan in Wonderland captivates a sea of toddlers without having to resort to environmental preaching or socialist worker polemic. He just pulls funny faces and makes the kids laugh. That’s the way to do it.

On the Live Stage (ironically, one of the indoor entertainment stages – the canvas provides a welcome barrier to the now blazing sun), catch the Kooks-esque Habit followed by Ovidian, whose heavy metal could seem a little out of place but doesn’t. On the Acoustic Stage, True Deceivers ply their country folk to a grateful audience. Watch out for their wives wandering through the crowd bigging the band up, though, like your mum telling the entire neighbourhood what you scored in your GCSEs.

By now, the sunshine is drying out everyone’s tents and raising spirits to the point that Stooshe seem like a feel-good adventure worth having. They’re surprisingly good live, singing their own chart hit Black Heart and a cover of TLC‘s Waterfalls in a set that works well amid the first decent weather the UK has seen in a month.

Back at the Surrey Advertiser Stage, it’s time for last year’s Guilfest find The United Stoats Of America, a fantastically entertaining troupe who perform bluegrass and skiffle versions of rock favourites. This year, Black Eyed Peas‘ I Gotta Feeling, Queen‘s Fat Bottomed Girls and Sister Sister‘s I Don’t Feel Like Dancing get the Stoats treatment, alongside The Waterboys‘ Fisherman’s Blues, which was born to be played this way.

The improved weather is a godsend, the perfect backdrop to the smooth operators headlining the Main Stage on this closing evening. Chic (billed as Featuring Nile Rodgers’, which now seems to be the official name of the band he was always in anyway) turn out feel-good disco hit after feel-good disco hit to an audience able to thrown off industrial rain wear to dance along. They’re the perfect warm-up act for arch crooner Bryan Ferry, whose tries to out-do Jools Holland for sheer number of band members on stage, plus dancing girls who look as though they’ve escaped from the casting call for the latest James Bond movie. Shame Johnny Marr adds nothing to the performance that couldn’t have been provided by any session guitarist, though.

Ferry is the antithesis of the punk-fuelled Vive Le Rock tent on the other side of the festival site, where The Sex Pistols Experience precede the real Undertones. In between, Ash, Dodgy and a beautifully sparse acoustic set from The Wonder Stuff comprise a ’90s-night end to the Good Time Guide Stage’s weekend offerings. There really is something for everyone, and that’s a testament to Guilfest’s skill at keeping the whole family entertained, from toddlers to mid-life crisis mortgage belt commuters, music fans and X-Factor lovers alike can come to Stoke Park and find something to entertain them for the weekend.

As the festival goers troop back to the car park, it even seems that the ground has firmed up enough to make the fleets of Land Rovers standing by to pull 10,0000 people carriers out of the mud redundant. So it’s not the coolest festival on the circuit. So what? Guilfest is fun, unpretentious and worthwhile – a welcome distraction on which the sun did, eventually, decide to shine.