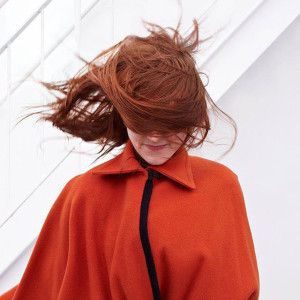 The Saharan smog and pollution muddies the sky in Manchester this evening. In patches it’s almost reminiscent of its industrial roots, with a murky haziness clouding your vision. You can even taste the air: bitter, with something of a sharp tingle to it on the tongue.

Thankfully, the Castle Hotel in the city’s urbane Northern Quarter has a fine selection of drinks to take away the taste. A former hardened drinkers’ pub, it’s now become one of Manchester’s best and most intimate venues with two of the city’s biggest promoters, Hey! Manchester and Now Wave, occupying it regularly. Some of the hardened drinkers remain, but it’s all the better for it. We can’t have the hipsters getting their own way entirely; and in any case there are plenty of places for them to frequent.

On stage, Hannah Peel effortlessly – and welcomingly – contrasts with the muddy atmosphere outside. Her red hair and white blouse present her as a vision of clarity, surrounded by her keyboards and synthesisers, all cramped onto the small stage. With her success as part of The Magnetic North and her recent success with the track Chloe, which won her an RTS award for Best Title Music for Channel 4’s Dates, being here may be something of a comedown for her. Still, it doesn’t show. There’s an ethereal, delicate presence about her. Not twee, though.

Indeed, her rendition of Chloe adds to that image this evening; the gentle beats in the background, coupled with her graceful yet eerie vocal, help create something quite beautiful yet also rather haunting and sinister – especially with lyrics such as “all the pain that we endured together, all the feelings of guilt that we harboured”. It marks the supposed beauty of a relationship yet with a deep, somewhat sadistic undertone of unhappiness and distrust.

Tonight’s set mainly features tracks from her recent EP, Fabricstate, on which Chloe also features. The EP title track involves Peel navigating her way around her set-up in a rather impressive multi-tasking fashion, doing the work or two or three people at once, while with a quiet but determined intensity on her face. One moment she drifts from the sedate and clean piano-sounding keyboard, then sets off a set of beats and samples, jumps back to the keyboard and then settles into some rather dirty, dirgy synth that rumbles both the floor and windows in the process. It’s rather mesmerising to watch, with the track cutting rather differently live compared to the recording: there’s a bit more edge and bite here. Despite the delicate appearance, there’s very much a confidence and assuredness about her.

On her recent EP is a cover of Paul Buchanan‘s Cars In The Garden from 2012’s heartbreakingly wonderful Mid Air. Here, Peel puts her on spin on it through using her now famed music box, which she made herself and has used numerous times to good effect, particularly with The Magnetic North.

The fascinating thing with seeing her use the music box is not only how delicate it looks, but the sense of theatre it creates. There’s not only the process of loading the paper spool with its many punched holes into it, but seeing it travel through as Peel gently turns the lever and then hearing the soft tones come through the speakers. In an age of iPads and other fancy gadgetry on-stage, the simple is often the most profound and memorable. Here we have a visual, moving representation of music, which abruptly ends as the last bit of paper feeds through and falls to the ground. Her cover is just as moving as the Buchanan original.

Hannah Peel is one talented musician, composer and performer: a real breath of fresh air, if you’ll excuse the obvious pun. It’s only a matter of time before we see her in venues much bigger than this – and not ones frequented by ardent, heavy boozers.