How To Dress Well @ XOYO, London 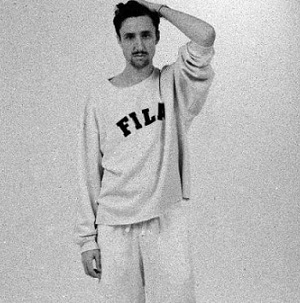 America. Loved, hated, admired and feared – the USA has long been a land of discovery and contradiction. In a week when the country has been struggling with natural disaster and an election that once again revealed crippling divisions, it is appropriate that Young Magic and How To Dress Well come to Old Street’s XOYO – a timely reminder of the pain, fragility and at times brilliance of their native land.

Based in New York but hailing from Australia and Indonesia, Young Magic‘s transcendent set mirrors the melting pot of that great city. Incorporating elements of hip hop, shoegaze and African percussion, they pour forth a startlingly original barrage of complex and thrilling songs. The set consists of highlights from their recent debut album, Melt. If that record was intriguing, the band’s live set is immediate and rewarding. Isaac Emmanuel supplies waves of hypnotic electronic sound before joining Michael Italia’s drumming with a vigorously played drum machine. The subsequent dancing may be reminiscent of Thom Yorke, but the result is a deafeningly propulsive double drum assault. However the real revelation, not conveyed on record, is the vocal ability of Melati Malay. Vampiric and menacing, her ethereal wails sail over dreamily delivered raps, transforming songs such as Into the Air and epic closer Night In The Ocean into hauntingly beautiful and yearning classics.

If Young Magic represent the excitement and intensity of New York’s position as the world’s epicentre, How To Dress Well brings with him the uncertainty and fragility of a deeper and more complicated past. Opening with an unaccompanied rendition of How Many?, Tom Krell brings XOYO to an astonished silence. Armed with two microphones – one clean, one distorted – Krell’s endlessly affecting falsetto delivers a perfect blend of melancholy and hope. Since 2010’s debut album Love Remains, How To Dress Well has slowly but surely been building a critical and commercial fanbase of loyal supporters. Taking distorted vocals and looped beats, he has carved a niche that finds the union between lo-fi indie and R&B. More human than label mate Holy Other, and more hurt than The Weeknd, Krell’s music inhabits a unique position as familiar yet truly innovative.

The studio versions of How To Dress Well’s songs are densely layered and atmospheric. In the flesh, however, Krell’s voice has a much more prominent position. Backed only by keyboards, violin and minimalist drum beats, he creates percussive sounds with sighs and suspirations, before unleashing his aching falsetto. & It Was U gets the audience dancing but it’s the slower songs that pack the strongest punch. Stripped of production, Krell’s lyrics are suddenly audible, revealing the emotional depths which these songs explore. Recent album, Total Loss, was written as a cathartic and therapeutic process to find closure after the break up of a relationship and the deaths of a best friend and uncle. The fleeting euphoria and despair of depression rise out of the lyrics and inspire hushed admiration. Themes of sadness and struggle heighten the power of highlights such as Suicide Dream 2 and Cold Nites. It culminates with the closing song, Set It Right – a towering anthem of a song, it features Krell listing the names of loved ones he has lost. When the chorus returns, loud and emphatic, it is a glorious victory for life over grief and a perfect way to close a sensational evening.

America may be in crisis, but its musical and creative heart is alive and kicking. If any was needed, this is proof that conflict, pain and turmoil are so often the source of the very best musical achievements.

How To Dress Well MP3s or CDs

How To Dress Well on Spotify