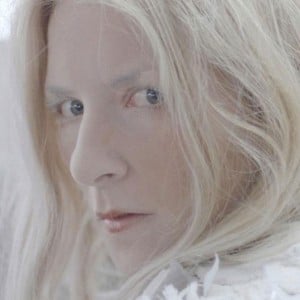 We’ve come a long way since the online world was first introduced to iamamiwhoami. For starters, their identity has been well known for some time now – Swedish singer-songwriter Jonna Lee is the face behind the music/multimedia project – and the days where they had the internet in a flurry are starting to become a distant memory.

It’s also easy to forget that the debut album, kin from 2012, was slightly flawed; as much it was solid a piece of Scandinavian synthpop, it didn’t quite live up to the buzz surrounding it. However, their occasional concerts have been getting rave reviews. Their last London appearance at the Queen Elizabeth Hall in October was deemed a triumph, and they return to the capital in conjunction with the release of bounty, which compiles all of their pre-kin singles, on a fresh wave of hype.

Two things become immediately apparent as you enter Brixton’s Electric venue. Firstly, iamamiwhoami still have a massively devoted following, as the various whoops and hollers before the gig even starts proves. (Later on, the fans on the front row even pass on gifts such as a crown made out of what seems to be foil.) Secondly, there is a giant cube onstage. People start wondering why it’s there – for projections? Will Lee enter from within its four walls, rising up to the top? Anyone expecting to be dazzled might have been disappointed since Lee chose to appear from the sides of its outer walls.

Despite the slight anti-climax of her arrival, it is greeted with a huge cheer. From here on in, it’s practically all systems go for a set that maintains a steady momentum throughout. After an atmospheric introduction comes the immediacy of good worker, an early highlight, and there are plenty of other peaks elsewhere. The rumbling bass of play is immensely powerful and goods is five minutes of pop perfection, working up the whole building into a frenzy in the process.

For the most part, the stage is bathed in blistering white light, most of it coming from behind so that the faces of the band, all dressed in black, are not visible. Even then, there is no stopping Lee from being the undisputed star of the evening. It’s impossible to take your eyes off her, such is her excellent performance. She manages to be simultaneously someone who is good at connecting with people, and an enigma. Her singing, bathed in icy reverb, is on top form, and she frequently visits the front row to meet her audience. But she doesn’t say a single word between songs; instead she acknowledges the applause with a bow.

There are some low points – the moody Shadowsong isn’t as captivating as it should be, for example – but iamamiwhoami’s return to the capital shows that, despite their aim of being as secretive as possible, they are a highly enjoyable watch. If anything, their live show somehow manages to retain some of their mystery. A fine achievement.