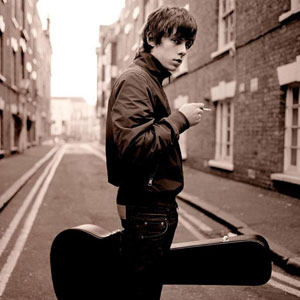 There are few artists around that have had a better time in the last year or so than Jake Bugg. The 19-year-old’s self-titled debut album went straight to Number 1 towards the end of 2012, which led to a nomination at the BRITs for Best British Breakthrough Act. While Bugg lost out to Ben Howard, the nomination confirmed just how far the young man had come in such a short space of time. So on yet another frosty British evening, it was not a surprise to see the Bristol Academy rammed with an expectant crowd.

One thing that has been notable about Bugg since he first burst onto the scene with the hugely addictive single Lightening Bolt is that he is not short of confidence. This  became clear during his performance, from the moment he strutted on stage to rapturous applause. Kicking off with the final song on his debut LP, the glossy-eyed and romantic Fire, Bugg proceeded to rattle through his setlist, rarely pausing for much chat in between songs.

It may surprise some that Bugg kept the chat to a minimum – he has already proved himself to be rather quotable – but this evening was primarily about the music. Bugg’s vintage indie-folk sound has resulted in many critics comparing him to Bob Dylan, but there’s rather more to him than such lazy comparisons suggest. The crisp acoustic guitar melody of Seen It All combined beautifully with Bugg’s husky vocal in an early set highlight, demonstrating just how talented he is as songwriter.

The quaint Simple As This was equally compelling, with the audience singing along to another of those world-weary choruses that suggest Bugg is much older than his actual age. With a quick nod of appreciation, he moved effortlessly into the soaring Slide – one of the hidden gems from his debut album – while the bluesy Ballad Of Mr Jones gave an indication to where some of those Dylan comparisons originated. Elsewhere, the delicate Someone Told Me and the brisk Country Song showed off the unique pathos in Bugg’s impressive vocal.

With the end of the set in sight, Bugg brought out the heavyweight singles – much to the crowd’s delight. A raucous sing-along greeted the scratchy acoustic melody of Two Fingers, as Bugg crooned the youthful lyrics: “I drink to remember, I smoke to forget/ some things to be proud of, some stuff to regret.” It was followed by the thrilling riff of Taste It, which still failed to move Bugg from his statuesque position under the spotlight, despite being the most rock-orientated song on his debut.

He concluded the pre-encore set with his most popular and well-known song, the punchy and quick-witted Lightening Bolt. It was a suitable closer to the main set, one guaranteed to leave the now sweaty audience wanting more. Unsurprisingly, Bugg returned minutes later, to finish the gig off with two more tracks. The poignant and slow-burning Broken started the encore off perfectly, while Bugg thanked the crowd for their support by paying homage to Johnny Cash with a cover of Folsom Prison Blues to finish.

It was a risky move to conclude a show with a song written by someone else, but Bugg pulled it off with ease. In fact, the decision was further proof – if it was needed – of that confidence Bugg has in himself. While this confidence could easily be mistaken for cockiness, there is no doubt that he has the talent to back it up, and his performance was musically flawless. Yes, he could have moved about a bit more, but that was only a small gripe. On this evidence, Jake Bugg is more than capable of dealing with the hype.