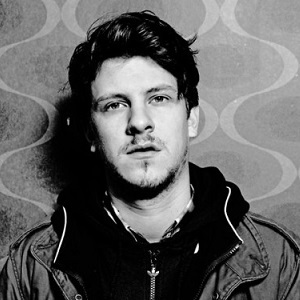 It’s a hard feat for a singer of his standing to pull off a show without playing his best selling hits and fan favourites, but tonight, in the unusual surrounds of a sold out Hackney Empire, Jamie T pulls it off remarkably effortlessly.

Geared with just his songbook, a few guitars and his backing band for company, he plays stripped down songs from his older LPs, newer acoustic ballads and never played before piano renditions to a theatre full of faces enraptured at the chance to see the Wimbledon wonder close up and personal.

Jamie’s “songs I don’t usually get a chance to play live” were undoubtedly the highlight of the night – not only for the novelty for fans of hearing songs that have and may never again be played, but also for the brilliant song choice and his bare bones approach to the performance. Believing In Things That Can’t Be Done from The Man’s Machine EP was both an appropriate nod to his older work and an excellent way to bypass not playing the expected (Sheila, If You Got The Money, 368 etc). While perhaps an acoustic version of a couple of these best known tracks in the encore may have rounded the night off even better, no one could complain about their absence when new, not yet released songs are played, along with a heartfelt piano version of Young Bastard, a song that Jamie says he doesn’t even remember recording.

The venerable east end theatre might be big, but tonight he might as well have been playing in your living room. Not usually one for between song banter, Jamie takes advantage of the more intimate atmosphere and talks in detail about each song, interacting with the crowd more than usual, making the night feel even more special. He tells us how one of the new songs, Smile Senorita, is about the Spanish Civil War, which he realised he knew nothing about, but, with his tongue firmly in cheek, he quips, “like all great songwriters, that didn’t let that stop me from writing it”. While he may not know anything about Franco, Smile Senorita and another new track, Whiskey And Wine, continue to prove that his iteration of being a ‘great songwriter’ had more truth than the intended sarcasm suggested.

As well as not yet released tracks, Magnolia Melancholia from the new EP of the same name is given its debut, along with the short but brilliant cover of Bran Van 3000’s Mama Don’t Smoke. These songs show a more reflective side of Jamie, debuted perfectly on perhaps one of the most reflective and intimate nights of his career. Perhaps the personal element of the night followed naturally from the more personal newest EP and most recent LP Carry On The Grudge, but rather than ending on one of these newer songs, he finishes with Fox News, a B-side from 2006. This song choice and the beautiful Love Is Only A Heartbeat away and Emily’s Heart ensure that his set of slower melodies and acoustic reworkings was a real fans’ treat.