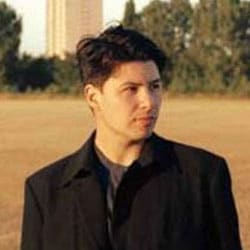 It often takes just one song for a new artist to make a connection with the public. For Jamie Woon, last year’s Night Air was responsible for his profile taking flight and for his subsequent inclusion on various polls for 2011. With debut album Mirrorwriting due for release, the time has come to find out whether he has depth beyond that breakthrough track.

Much of the press associated with Woon has been a little misleading. He attracted attention off the back of a remix by dubstep wunderkind Burial of his early track Wayfaring Stranger, but that remix stands alone and doesn’t make Woon any more dubstep than Armand Van Helden‘s remix of Professional Widow makes Tori Amos a commercial house diva.

He’s also been bundled into a fabricated movement of other non-dubstep, male soul singers like James Blake and Jay Sean. But while they all share an experimental and forward-thinking mindset and are happy to embrace technology, his music is of a different character and is a much more commercial prospect than Blake’s. His vocals are pure, his methods less adventurous, and while he shares a tendency towards atmospherics, his songs are warm and friendly.

Probably a little nervous at the sold out venue laid out in front of him, there’s still some work to be done to improve his stage presence. His fringe intruding on his line of vision, he’s a little awkward, his dance moves amounting to repeated bending at the waist, his head stabbing forward in time to his music.

The songs are a little inconsistent. He has a few obvious singles and a series of less impressive tracks that pass by. Despite the enjoyable Jamie Lidell-type funk of Tomorrow, the early part of the set doesn’t make the impact hoped for, and when Night Air pitches up towards the end, the quality of its haunting slow-build towers over everything that has come before. Consolidating on its warm reception he follows on with current single Lady Luck, before ending with set highlight Spirits.

With a touring ensemble consisting of three others, Woon occasionally picks up a guitar, leaving them with a very traditional band aesthetic. He’s more interesting when concentrating on his vocals, even looping them at times, but he isn’t in thrall to technology and doesn’t let it dominate his work. Ultimately his act is a fairly conventional soul/pop one and he’s by no means a finished product, but Woon stands out for his beautiful voice coupled with an ability to write songs that work on an emotional level. He’s done enough tonight to justify his position as having the potential to be one of the year’s biggest breakthrough stars.