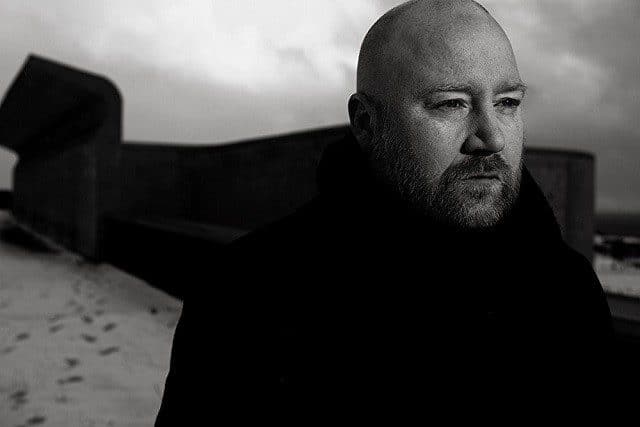 Last And First Men, the new multimedia work by Jóhann Jóhannsson received its premiere at the Manchester International Festival back in 2017. This follow up date at the Barbican was announced at the start of 2018, with the plan being for Daniel Bjarnason to conduct the London Symphony Orchestra in the piece with Jóhannsson on stage alongside them. Sadly, Jóhannsson’s unexpected death in February forced a rethink. It was eventually decided for the performance to go ahead with recordings of Jóhannsson’s contributions played alongside the orchestra. The striking originality and thought-provoking nature of the piece confirmed it was very much the right decision.

Jóhannsson started his composing career with a run of concept albums (reaching something of a peak with 2008’s Fordlândia), quickly building up a reputation as a composer of intelligence and distinction. Recent years saw him make a natural switch to film scores, something he excelled at (his stunning soundtrack to The Miners’ Hymns stands out).

His music has incorporated strings, brass and electronics over the years but tonight’s piece focused primarily on strings. The piece featured monochrome images of brutalist buildings and abandoned locations with narrations by Tilda Swinton based on the cult science fiction novel of the same name by Olaf Stapledon.

It tells a story of the end of humanity and offers a stark reminder of the smallness and precarious existence of mankind. The early stages focus very much on the film, the music clearly assuming a servicing role. The sparse score, overwhelming feeling of gravitas and painstaking pace of narration makes for an absorbing experience.

The narration is key, striking a balance between generic scene-setting and detailed descriptions. As it moves forward lush, sliding strings appear and an unlikely similarity to I Trawl The Megahertz, the seminal work by Paddy McAloon, is established. It’s hard not to notice the contrast between the flawed human story playing out alongside the purity of the music (which features some of Jóhannsson’s most discreet and rarefied composition). He may be the master of the patient, drawn out climax but Last And First Men undergoes a different journey and has a different feel, finally arriving at its elegiac destination.

As we leave the hall the overriding feeling is sadness – the pathos of the story, the sombre nature of the music and the death of Jóhannsson earlier this year all merging in exacting fashion. It’s hard not to dwell on what Jóhannsson’s premature death has robbed us of musically. Yet, this heroically ambitious piece, expertly executed by the LSO tonight, also ultimately offers a positive – it powerfully reasserted the life-affirming value of art, music and creativity in general. In this way it proves a fitting, if sobering, close to Jóhannsson’s career.