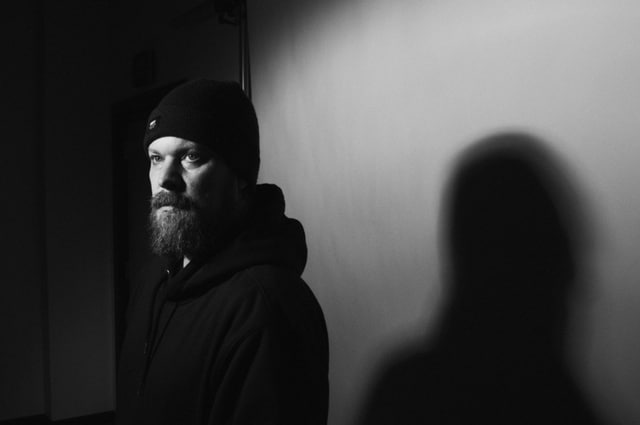 A year on from his triumphant concerts with the BBC Philharmonic, John Grant’s career is at an all time high. He has developed a strong bond with his audience with a warm, modest persona, a compelling lost-years narrative and a bunch of great songs. So far, so great, and his success is well-deserved and heartwarming to witness. But the canary in the coalmine might well already be there in his recording career, with this year’s Grey Tickles, Black Pressure. It’s guilty of committing twin sins, at different points both sounding musically too familiar to his previous work, and striking out in new directions of funk and acerbic rock that often sound awkward and trite. Bolstered for the first time by a trio of female backing singers, which Grant seems truly thrilled to feature, tonight’s presentation can’t match the drama of an orchestra, but promises some strong new dynamics nonetheless.

We start safe, if somewhat underwhelming, with a group of songs that includes the new album’s title track, Marz and Geraldine, all operating well within well-worn Midlake mid-tempo territory. Down There, compared to its breezy recorded counterpart, sounds stiff without its acoustic guitar but this section closes triumphantly with Where Dreams Go To Die. It’s a big diva moment, although curiously the backing divas struggle to be heard. Then during It Doesn’t Matter To Him, blazing lights are turned on the audience, and a man to the left actually faints. Twice.

A dazzling Pale Green Ghosts introduces the next section of riskier musical territory, which is where things start to come unstuck. The Scissor Sisters-esque Snug Slacks comes on lascivious, but ultimately just comes off cute, especially when Grant indulges in some funky dad-grooving. It’s sweet, but the following You & Him is one hollow put down too far. Sassy rock ‘n’ roll demands far more front and theatrics than Grant seems capable of delivering as a performer and a quick glance across the audience confirms that no-one is rocking the way the song suggests they should. Distraction then starts to set in during another disappointing new song, Magma Arrives, whose overly familiar and pedestrian melody doesn’t come anywhere close to providing the eruptions that the lyrics promise.

It’s a relief, then, when Glacier slides into view to inaugurate a trio including Queen Of Denmark and GWF. During the latter, Grant finally looks directly at his audience with a twinkle in his eye and initiates some arm waving that is cheesy, and a bit self-conscious, but works for these same reasons. As a performer, he really needs these moments, and really ought to do this stuff more often. Such a perfect trilogy reinforces the sense, though, that his new material hasn’t provided any songs that are going to be taken into hearts and minds to anywhere near the same degree. This is underscored by the closing recent single Disappointing that, despite its attempts at pop nous, doesn’t quite scream classic.

Encores begin with the new album’s best, and weirdest, song Voodoo Doll, its uncanny synth valley giving way to jerky white-boy funk and back again. It’s asking too much for his backing band to suddenly morph into a red-hot funk ensemble, but it works well enough. While No More Tangles is, ironically, rather muddy, he recovers sharply with a crystalline double whammy of The Czars‘ Drug (becoming more devastating as time progresses) and Caramel. These solo piano renditions are the highpoint of the night, and a reminder of what Grant does best live: direct, uncluttered emotional moments that put his voice centre stage. Tonight, Grant’s considerable charm has carried the crowd on a wave of bonhomie and, overall, the audience have been welcoming of the new material. Yet it’s hard to see much of it becoming a mainstay of his shows in the future, suggesting his songwriting might need a rethink if he wants to maintain this level of success in the long term.