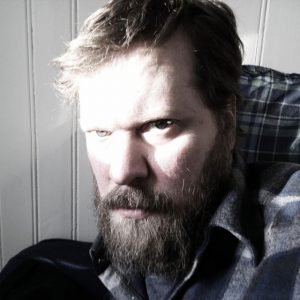 John Grant isn’t an easy listen. While on first inspection his two solo albums have been full of ’70s troubadour sing-alongs and fizzing with synths respectively, a closer listen offers up an insight into a world packed tensely with heartbreak and tragedy. But what makes Grant different is that, despite its weighty subject matter, his music leaves you feeling uplifted; it laughs at the world in all its cruelty. And his live show goes even further.

It’s been quite a year for the Denver-turned-Reykjavik resident. After his band The Czars dissolved in 2004, he took an extended break before releasing his first solo effort, the folksy, alt rock Queen Of Denmark, which he recorded with Midlake back in 2010, but it was Pale Green Ghosts, released in March this year, that really cemented his standing. With layers of crushing synths, it had a fleeting, playful tone that no one was expecting from a man who’d become known as something of a balladeer. Its lyrical content was honest and vicious, which made it all the more unsettling…and utterly irresistible.

Queen Of Denmark had prepared us for some of it; love, loss, depression, homophobia. But his announcement in 2012 that he is HIV positive added a thousand new themes and emotions to the mix. This time you could sense more anger, but it was always delivered with a wry smile, a roll of the eyes.

Tonight’s show is an absolute sell-out, with bodies crammed into every corner of the Jazz Cafe as he takes to the stage, flanked by his Anglo-Icelandic five-piece band. He starts with break-up song You Don’t Have to, with its thudding basslines echoing throughout the room. It’s probably the most perfect introduction to Grant, with its bitter, wit-soaked musings: “Remember when we used to fuck all night long? Neither do I because I always passed out/ Remember walking hand in hand side by side, we walked the dogs and took long strolls through the park/Except we never had dogs and never went to the park.” It’s given new life tonight as he nudges others out of the way to hammer the keys during the juicy bits. It’s these instrumental sections, when he disappears to play the synth, take over the keyboard or to launch a duel keys attack, that have the biggest impact. While we’re used to his gravelly, at times dispassionate voice, seeing him lost in the music like this is another experience entirely.

The show’s highlight had to be the somewhat epic Glacier. Its tumbling piano backing made it stand out on record, and even by Grant’s standards, it’s incredibly personal. “I guess I wrote this for selfish reasons,” he confesses, before dedicating it to “my gay brothers and sisters living in Russia” and highlighting Vladimir Putin’s stance regarding the treatment of HIV. It’s full on stuff – made all the more brutal for the absence of the electronics that elsewhere soften the blow: “They say you are sick, that you should hang your head in shame /This pain, it is a glacier moving through you.”

Pale Green Ghosts dominates; its title track is revved up, with fizzing electronics that sound ready to explode. Grant approaches the mic like a diva, head thrown back, arms thrust out, spitting out I Hate This Fucking Town, which shows him at his sneering best. He spent the day with Tom Robinson, he tells us, who said he loved Blackbelt, the album’s dancefloor filler. “That made me pretty chuffed,” he admits.

It’s not all electro-fuzz. Members of Midlake are in the audience, and he dedicates his first album’s highlight, piano ballad I Wanna Go To Marz, to them. It serves to emphasise the difference in mood between the Grant of 2010 and 2013. Other earlier tracks have to wait until the encore. TC and Honeybear is stripped back before he’s joined by his whole band for Chicken Bones, which culminates in a jam session that Midlake were no doubt proud of. It marks a classy end to an extraordinary show.