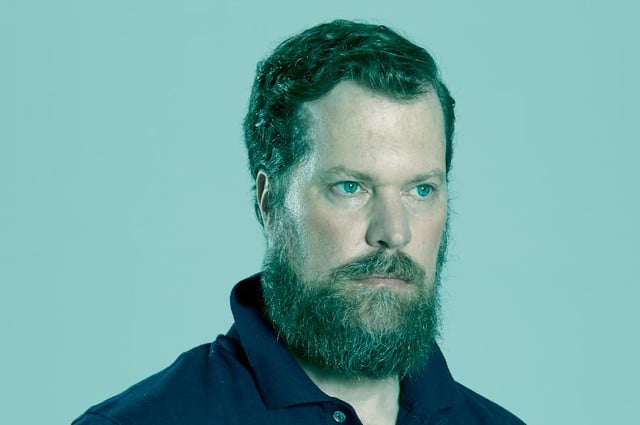 “With the things going on in Orlando, this song is more pertinent than ever,” says John Grant of his moving, piano-led ballad, Glacier. Its lyrics, in which pain is imagined as a body of ice “carving out deep valleys, creating spectacular landscapes”, can only do so much when the shock of 50 people shot dead in Pulse, an LGBT nightclub in Orlando, is so raw. But, tonight, Grant has more than just poetry to offer. He has Kylie Minogue.

Dressed fabulously in a billowing silver gown, she joins him on Glacier, causing paroxysms of delight around the Royal Albert Hall. When Grant embraces her after the song and she shimmers offstage, one feels she has conferred a sort of benediction on him. We knew he was great, of course, but, now that he has Kylie’s blessing, he seems even better.

The duet feels like the climax of an excellent show in which Grant combines songs from his highly praised Pale Green Ghosts album with his more recent effort, Grey Tickles, Black Pressure. Although much of his work concerns trauma and exclusion, and although his own life has been tainted by tragedy – homophobia as a child, booze and cocaine dependency as an adult, the HIV diagnosis he chose to reveal in 2012 – Grant seems, tonight, to be in a good mood. And it’s hard not to share in his happiness.

Highlights of the show include It Doesn’t Matter To Him, which ends with Grant alone with a keyboard, the Royal Albert Hall dark except for three white lights. There is also the relentlessly catchy GMF, with its line “I am the greatest motherfucker that you’re ever going to meet”, which, quite rightly, gets a huge reaction from the crowd. You’d have to be made of stone not to appreciate the wittiness of its melancholy truths. Then there are the throbbing electronic numbers, notably the title track from Pale Green Ghosts, in which a thumping kick drum shudders the floor of the venue, making the home of the BBC Proms feel momentarily like a techno club in Berlin.

What holds the show together, making its disparate musical influences seem cohesive, is Grant’s voice. Put simply, he is a tremendous singer. Rich and sonorous, his voice collapses the distance between stage and audience so that an environment in which a lesser vocalist would seem small and exposed feels intimate. He gives the impression of being in complete control of the venue, no small feat.

That’s not to say Grant comes across as imperious. In fact his style is more like Jeff Bridges as the Dude in The Big Lebowski. “Hello up there,” he says, at the start of the show, before waving a hand at his musicians, on drums, bass, guitar and keyboards, and three backing singers. “I thought it would be appropriate to introduce you to these badasses.”

Later, describing another of his guests, he says, “I have the most incredible, special, delicious treat for you. It’s not banoffee pie, it’s Cate Le Bon.” The Welsh singer joins him for a duet of Torn Between Two Lovers, made famous by Mary MacGregor in the late 1970s. There is a third guest, too, singer-songwriter Richard Hawley, who plays guitar on Disappointing, from the Grey Tickles, Black Pressure album.

In all, it is an uplifting evening’s entertainment from an artist who seems at the height of his powers, confident but not self-indulgent, applauded but not jaded by applause. In a world shaken by the mass shooting in Orlando, it is comforting to see pain superseded by joy.