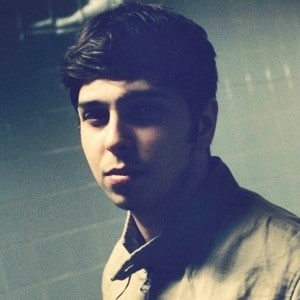 The feeling of expectations being bettered is a wonderful thing. For many, Josh Kumra will be little more than the chap on the chorus of Wretch 32’s 2011 hit Don’t Go. With the song landing at No 1 in the UK charts, slots on Later… With Jools Holland and the summer festival circuit followed for Kumra, as well as the usual rigmarole of acoustic performances on YouTube and a tour with fellow budding songwriter Nina Nesbitt. So far, so very man-and-a-guitar.

It’s a genre – if we can even call it a genre – that’s come in for a lot of stick recently. And not all of it unjustified. In a world where every North London drinking den throws open its arms to some denim-clad troubadour putting the story of his life to song, even a casual ear could tell you the once great art of the authentic British songwriter is looking seriously fatigued of late.

And yet, Josh Kumra manages to stand apart from this fatigue, helped in no small part by soulfully inclined vocals that reverberate tonight through a packed Borderline. Love Leaving My Body proves to be an early highlight, full of brouhaha and an energy that feels at odds with his charmingly humble personality. Posturing, bravado-laden Jake Bugg figure Kumra is not – there’s an earnestness to his stage mannerisms that betrays the 12-year-old lad he once was, first learning to play guitar, penning tracks like the nuanced, heartfelt Oak Tree.

With a cleaner, slicker sound than Bugg, and a punchiness that’s often sorely lacking from the likes of Ed Sheeran, Kumra fits himself into his own sphere of tunecraft – one rich with the influences of old bluegrass, spit n’ sawdust venues and dusty old Jimi Hendrix LPs. Backed tonight by a drummer and bassist, Kumra’s urban tendencies crept out during a cheekily saucy cover of Miguel’s Quickie that hinted at a refreshing degree of humour to his dynamic as a performer. Kumra’s material might not break any new ground – but crucially, it connects – that all too important human factor staking its place amidst a horde of peers often more focussed on cheap radio thrills.

Logic suggests Josh Kumra shouldn’t work – he’s the quiet, considered friend turning up late to a party already packed with bragging ladies’ men and extroverted hipsters. But in reality, somehow, he succeeds – propelled onward by a voice of utter conviction, and the simple thrill of a musician excelling in the live environment.