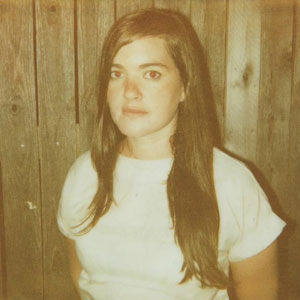 The last time musicOMH attended a Julianna Barwick show in London, she performed to all of about 10 people due to a bizarre mix-up over stage times. It’s therefore particularly satisfying to now find her performing to a sold out crowd at this highly anticipated one-off show at London’s bravest and most radical music venue, Cafe OTO. In spite of its sauna-like temperatures (at least partially welcome given the freezing gales and torrential rain outside), OTO’s enthusiastic and adventurous atmosphere seems like the perfect space for Barwick’s beautiful, wordless reveries. She appears to be both grateful and surprised for the attention and support.

The opening set from Silver Pyre seemed to promise a little more than it actually delivered. Supposedly informed by folk music and the improvisatory spirit of artists such as Talk Talk, the music contained some intriguing textures and sounds but occasionally seemed wayward and uncontrolled, with Gary Fawle having a wide range of tricks and toys at his disposal, including a range of microphones to alter and distort his voice. The subtle gradations of the electronics are often fascinating, although the folk influence can be most felt in the lyrical preoccupations with mythology rather than in any melodic or harmonic qualities. Fawle’s vocals occasionally predominate to the point of being intrusive, and the lack of melodic adventure does unfortunately soften the impact of the music.

Julianna Barwick’s music treads a perilous line, as her recent appearance in the Billboard New Age charts might suggest. The brilliantly skilled looping and layering of her vocals to create a celestial choir can be overwhelmingly haunting, but it also risks sounding like Enya. Fortunately, Barwick is a deft and imaginative musician, and has a sonic identity that is entirely her own. Many musicians now use loop stations and samplers to enable multi-faceted solo performances and the process can sometimes be curiously bloodless in the live environment. Barwick, however, remains completely compelling to watch – swaying with her repeating phrases, seemingly lost in something approaching a state of ecstasy, her figure silhouetted against the projections of blurred trees and coastlines.

Perhaps most impressive is the way that she has now developed her material in live performance. White Flag is extrapolated and elaborated in thrilling ways – it’s insistent refrain shifted into a different register and with its curious tensions and dissonances amplified so as to now appear in the foreground. It remains a wonderful piece of music, although it now seems more intense and foreboding. The extraordinary Vow, whilst closer to its album counterpart, is delivered with such commitment as to induce a feeling of rapture. Barwick conjures strong emotions without resorting to language.

This music is both striking and original, incorporating as it does a wide range of harmonic approaches from Bach to contemporary chromaticism, usually within the space of each individual piece. Yet it still has obvious limitations. Given the use of loops, Barwick’s pieces all have relentlessly repeating foundations, and these phrases tend to be in neatly divided even numbered, often four bar segments. Although the sense of time in her music is loose and free to enable the floaty, transcendental moods, it would be great to see her experiment with more unusual phrase divisions. It might also possibly be necessary for her to deploy more varied pacing and vocal sound – could she produce something with more attack and crisp articulation, for example. For now, however, her explorations of beauty and wonder still inspire awe.

In this performance, she seems most preoccupied with the tracks from White Flag that incorporate other instrumentation (the loping piano on Vow or the pulse at the heart of Bog In Your Gait). It’s debatable as to whether this points the way into new, more exciting directions for her or whether it actually represents a dilution of her unique aesthetic. Her forthcoming new album features guest vocalists and musicians and it will be intriguing to discover where this takes her.