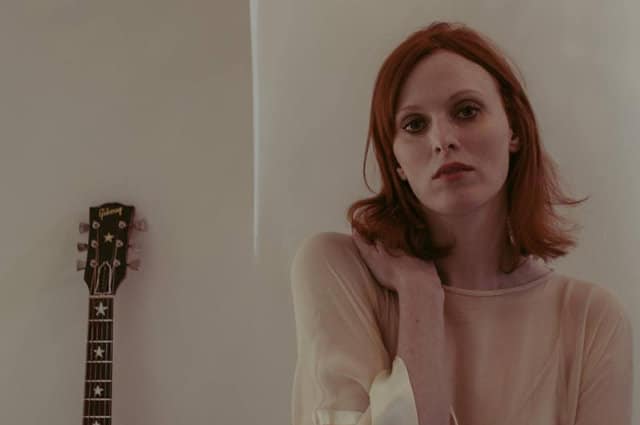 Karen Elson seems nervous. She doesn’t immediately strike you as a person who, in her professional life, is often nervous. Which makes the nervousness seem a bit more nervy. But an explanation is forthcoming. This is, she says, the debut live show for her upcoming new album Double Roses. An album which comes almost seven years since her first, The Ghost Who Walks, was released.

The nerves manifest in a variety of ways. There are a few slightly forced laughs. A few bad jokes. A momentary breakdown in communication with a guy in the front row about the state of the world today. And quite a lot of tuning up.

None of it actually bleeds into the performance, though. Accompanied by a harpist and an additional guitarist, Elson runs through her new songs with a poise which belies any mutterings about being out of practice.

The songs are hard to pin down. It’s all quite low key, but there’s a certain deceptiveness to that. Something unassumingly nuanced about what’s going on. A lot has happened to Elson between her first album and this, a lot of turmoil and transition, but it’s not obviously just a diarised recollection of heartbreak.

Indeed, while there’s elements of that which seep through, loss is more often than not given a steely eyed dissection. Accompanied by the cosseting sweep of a glittering harp, during the opening Wonder Blind, Elson sings “Hey love, it’s the end of an era/Time isn’t on our side”, and it’s statement of fact rather than plea for reconciliation. Call Your Name and Double Roses are similar in tone, folky in sound and beautiful in execution.

But across the excellent Hell And High Water the harp has ceased to be cosseting and turns prickly and spindly. Prodding you, leaving you feeling more than a little uneasy. During this, there’s more than a hint of the Victorian cobwebs which hung over PJ Harvey’s White Chalk.

Which goes back to the point about it being hard to pin down. And there’s something great about that. Elson really has a knack for suggesting a deeper meaning. Is she heartbroken and pining? Maybe. Is she the better for being alone? Quite possibly. Is that blood on her sleeve or red wine? It’s never entirely obvious.