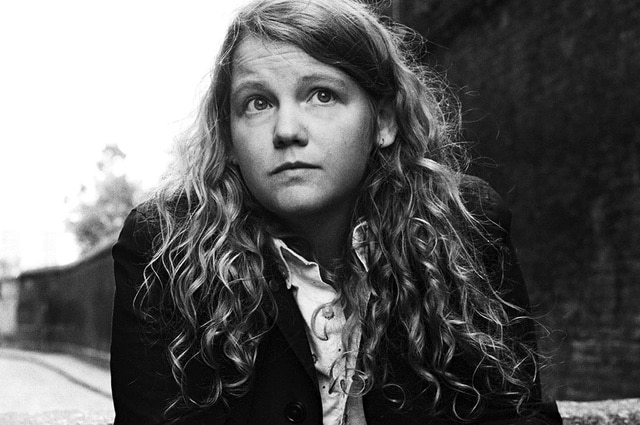 When was the last time you listened to the lyrics of a new record? Not just listened in a sing-along, arena-arm-waving sort of way, but really, really listened? It’d be fair to say that lyrics haven’t been a core component in mainstream music for some time. Kate Tempest proves how short sighted that is. Tonight, just a day before being announced as the guest director of the 2017 Brighton Festival – which places her in the company of past hosts Aung San Suu Kyi, Vanessa Redgrave, Anish Kapoor and Brian Eno, and at the tender age of 30 – she premieres her forthcoming album, Let Them Eat Chaos, in the unusual setting of the Rivoli Ballroom, occasional host to event gigs such as this, but more often home to swing dances.

The venue was chosen not just for its grandeur – a spikey juxtaposition against Tempest’s apocalyptic verse – but also because it’s in her home town, the south east London district of Brockley; an area of creeping gentrification, in which the hang-outs of her childhood are quickly changing, being polished and refashioned. This is a recurring theme that haunts the record; the changing face of London and the isolation that can become its by-product.

Let Them Eat Chaos is an extraordinary achievement, shooting straight to the heart of the issues that are swamping young Londoners today. It focuses on the experiences of seven people living on the same street in south London, tonight represented by seven windows beamed onto the back of the stage, and the turmoil each of them faces behind their closed doors, at 4:18am. War, politics, the justice system, all sit alongside the housing crisis, loneliness, existential crises. It would be twee if Tempest didn’t make you feel it so intensely.

She’s not primarily a musician, despite her last album Everybody Down being nominated for the 2014 Mercury Prize; rather, Tempest is perhaps better known as a poet. Accolades showered on her include the 2013 Ted Hughes Prize, and she was selected as a Next Generation Poet by the Poetry Society. She’s also a novelist, having released her debut, the Sunday Times Bestseller, The Bricks That Built The Houses, earlier this year. Tonight sees her merging all of the above, and more; a mash-up of hip-hop, poetry, theatre and story. It’s being filmed for a new BBC2 arts series, Performance Live. No one seems to know quite where she belongs. At the outset she pleads with the audience not to film the show. “I understand the need to record something you’re never going to watch again,” she grins. “This is going to be something special,”

And that’s the last we see of Kate Tempest. For the next 90 minutes she’s a narrator, breathing raging air into her characters. We follow an over-worked carer; Bradley, a northerner with a swanky job in PR; a woman packing up her mould-riddled flat as her landlord prepares to triple the rent; a young guy living at home while he saves for his own place, spending all of his money, living for the weekend. They’re a cast of normal Londoners, living normal London lives, and they’re all awake, dwelling on life, at 4:18am. And it’s hard to know who to feel most sorry for, as behind their doors they experience a tumult of emotions that feels at once familiar, pathetic and gut wrenchingly sad.

Europe Is Lost is as despairing as it gets. Centred around Esther’s worries about the world, it positions happy hour cocktails alongside a nightmare collaboration of climate change, poverty and terrorism. Perfect Coffee is a powerful and entirely perfect examination of the changing face of London, and the ebbing away of communities, with an insightful twist at the end that brilliantly prevents it wallowing in unfocused despair. The mood is heightened by her band, which features the album’s producer Dan Carey. They’re dark, menacing and make the piece feel really claustrophobic. And it is a piece; the tracks merge one into the other, creating a complete work that deserves no interruption. As the rain builds for the one-two gutpunch of album closers The Storm Breaks and Tunnel Vision, the intensity builds until she finally bows out with the end refrain: “Wake up, and love more.” As a show this was far from being comfortable listening, and was of course never meant to be, but it was extraordinarily moving, vital and essential. Let Them Eat Chaos is a masterpiece, and its creator is showcasing it at the very height of her powers.