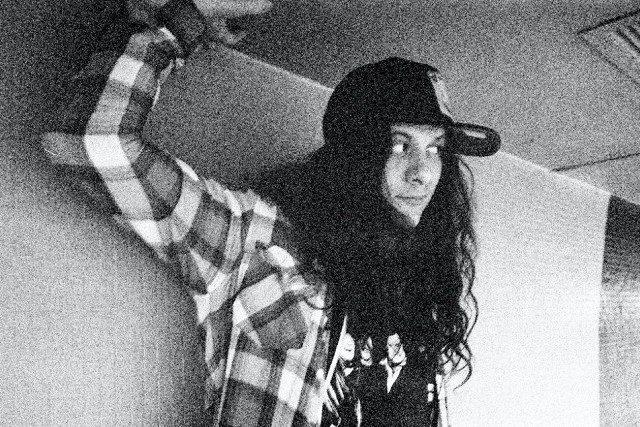 The Crossing is not a venue one would associate with rock ‘n’ roll. It is, essentially, an auditorium attached to South & City College in the hip Digbeth area of Birmingham. You enter through a side door, on a side street, and walk through a distinctly college-y corridor to get to the main room. On the other side of the main room is what appears to be a common room/dining area for the students on weekdays, where gig-goers can sit and drink reasonably-priced cans of Red Stripe. It really is a unique experience.

Kurt Vile‘s Friday show was originally intended to be part of a triple-bill curated by Birmingham’s premier bookers – This is TMRW. All three shows were sold out, with the main event being the Sunday gig by Parquet Courts. The only problem was that the Saturday show had to be cancelled, as the headline act were Hookworms, and the allegations against their frontman made the show untenable.

Vile opened the show with Loading Zones, the beautifully laconic first track from his beautifully laconic new record Bottle It In. It was a slightly extended version, Vile stretching it out to allow the guitars to truly wander around the room. He followed up with Jesus Fever, a highlight from Smoke Ring For My Halo.

Without pausing for breath, he launched into Bassackwards, to a massive roar from the crowd. Before he released Bottle It In, Vile mentioned that he didn’t feel it had any hits on the same scale as Pretty Pimpin’, but you could have fooled a passerby into believing Bassackwards was his biggest tune. A fiery I’m An Outlaw – itself an album highlight – was paired with Bottle It In‘s Check Baby. By staggering the show, and alternating new tracks with old favourites, Vile was able to maintain the party atmosphere far longer than he had any right to.

There was an incredible version of Peeping Tomboy – with Kurt alone on stage – that some fans genuinely thought was the encore (they started clapping and banging the floor when the other band members left the stage… it was about 9:45.) There was a powerful, potent rendition of KV Crimes, and a serene, soothing Wakin on a Pretty Day.

Of course, Pretty Pimpin’ did show up – to rapturous applause and Kurt’s genuine surprise that every word was being sung back to him in unison. In a college auditorium. He ended with early-career highlight Freak Train, and many folks couldn’t believe it had ended on such a high… Only for some party-poopers to wave setlists around after the gig with his best song – Puppet To The Man – crossed out on the setlist.

Vile has such a singular sound, somehow referencing legendary artists from Tom Petty to Lou Reed but maintaining his own shaggy style. That sound was incredible inside The Crossing, on a grim Friday in grey Birmingham – he brought a little Philly sun to an otherwise dour evening, and every face left the room with a smile. It was never really going to go any other way, though, was it?