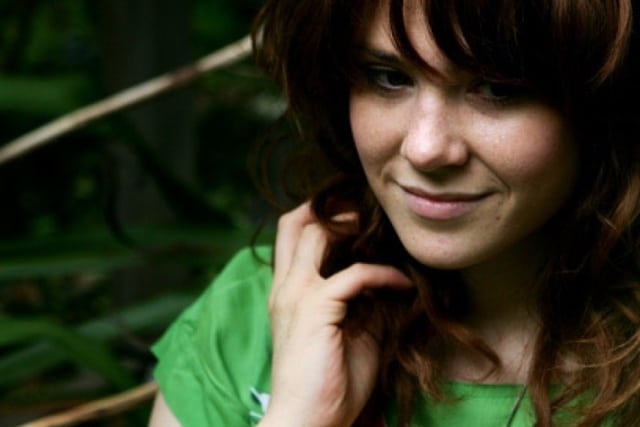 Billing itself as more than just a music festival, Latitude created a name for itself after a spectacular debut last year with a previously unheard combo of music, theatre, comedy, cabaret and poetry attracting a civilized, arty crowd for culture al fresco. With four stages of music set in the rolling hills of Suffolk, would the second edition of this genre-blurring festival live up to expectations?

The task of revving up the early morning crowd was left to Coldplay derivative, Grace, on the Uncut stage. There was little remarkable about their brand of earnest pop and rock guitar. The single Sink Like a Stone from upcoming album Detours had overtones of Yellow but it was the rain outside rather than the pull of the music that keep folk huddled around the stage.

Second up on the Lake Stage and being engulfed by their rampant smoke machine was Glasgow export Pop Up. Lead singer and guitarist Damian Gilhooly’s cheeky yet dour Scots pessimism endeared him to the crowd as did the his quietly acerbic observations on A Year In A Comprehensive.

Keeping with the festival’s air of aspirational sophistication was Liverpudlian Candie Payne. Looking like a chic Pierrot clown in her frilly blouse, she may have been dressed to the nines but she had zilch connection with the crowd and her commercially successful I Wish I Could Have Loved You More, came too late into the set to pin the audience’s ears back. Her vampy strident pop just felt empty and performed by rote.

Fellow Liverpudlians Hot Club De Paris, performing on the massive Obelisk Arena, a new stage for this year, gave a much needed if temporary fillip to proceedings. They bounded on stage, delivered a show stopping Sometimesitsbetternottostickiotsofeachotherineachotherforeachother, before losing the crowd and slipping into a barrage of unexciting pop punk tunes.

The sound of gorgeous riffs floating off the Lake Stage in the afternoon attracted a discerning crowd to watch the lovely Slow Club. Signed to Moshi Moshi, this boy girl duo are the ne plus ultra of cute. Charles plays acoustic guitar while Rebecca plays whatever comes to hand: a tambourine, a chair, glass bottles, and ends songs ululating like an over excited yodeler.

Next up was Aqualung, aka Matt Hales. But the impact of his heady lyrics was lost in the cavernous arena. The warm comforting sounds of Pressure Suit and the blissfully melancholic Strange and Beautiful, vanished in the expanse and what could have been an intimate gig felt more like a perfunctory launch for new album Memory Man.

Leave it to teenage troubadour Kate Nash to create the kind of up close and personal gig her fans crave in the steaming hot film and music tent. Boyfriend problems and teenage dramas never sounded so barbed and beautiful as they do from behind her keyboard. Foundations and Mariella, were lapped up by the crowd as the ever lovely Nash, wiped the sweat from her brow and sailed through her quirky set.

Then it was back to the Sunrise tent, to be met by another cadre of narked off fans, annoyed that Brazilian’s Bonde Do Role, had pulled out of their slot. Set amid bracken and woodland, the Sunrise tent is certainly atmospheric but there was no escaping the fact that this was one badly designed arena. But even if sexy disco peddlers the New Young Pony Club could barely be seen on stage through the crush of fans, their synth driven leads caused a riot as lead siren Tahita Bulmer gave the crowd what they wanted. But things ended on a bum note when the set had to be cut short after the crowd’s dance frenzy provoked by Ice Cream, broke the security fence at the foot of the stage.

Wilco were brilliant. Playing a condensed selection of what has been their 2007 show, Jeff Tweedy and his gifted cohorts gave a mix of Sky Blue Sky and older tracks, such as Shot In The Arm. At their finest, such as Walken or Spiders (Kidsmoke), they did enough to absorb the many revellers who evidently hadn’t a clue who they were.

Headlining tonight was the Magic Numbers. With the main stage hung with a huge backdrop of the band’s towering cartoon avatars, this was one of the most joyous sets of the day. The bubbly Romeo Stodart, gave it his all and the normally shy Angela took the lead on Undecided, while Michelle really came into her own on Take Me or Leave Me. Smiling, charming and happy this was heartwarming guitar pop.

After the upbeat drive of the Magic Numbers came mellow Dubliner Damien Rice. He may be known for being preternaturally morose but live this guy is exhilarating. Every song was echoed by a roar of recognition, with every audience member transforming into a backing vocalist on the likes of Blower’s Daughter and Cannonball. All the greats from O and 9 were present and for a man who has made his mint by bearing the scars from his failed relationships he finished the day on a truly fitting note: a laboured slow-motion cover of Bang Bang My Baby Shot Me Down.