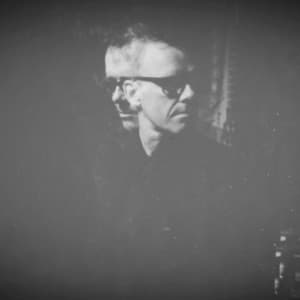 With the revival of TFI Friday, the triumphant return of Blur and even a ’90s theme at this year’s New York Fashion Week, it’s clear that the time has come for the decade of Britpop, grunge and Girl Power to enjoy the kind of periodic comeback that now seems inevitable for each post-war cultural era. Indeed, many of the touchstones of the popular culture of the 1990s were themselves rooted in the Swinging Sixties – whether it was the songs of Oasis, the films of Austin Powers or the swaggering pride in the Union Jack that manifested itself so memorably in Geri Halliwell’s famous dress.

Most of the crowd at a packed Forum in Kentish Town – this writer included – spent their formative years in the 1990s and were there to witness the latest reincarnation of dance music titans Leftfield, who in their own way are just as an important part of the decade’s sonic history as Liam, Noel, Damon and Graham. Although they never quite recaptured the iconic brilliance of their 1995 debut Leftism – still one of the most complete records of its genre – this month’s re-emergence with Alternative Light Source, a full 16 years after their last studio album Rhythm And Stealth, proved they still possess an instinctive command of tempo and texture.

Now technically a one man band in the form of Neil Barnes (the other half of the original duo, Paul Daley, has not been involved since 2002), it only took a few seconds of opener Bad Radio (from the aforementioned new album) to convince the audience that Leftfield remain as vibrant a live act as ever. Vast slabs of synthesiser reverberated around the arena with awesome force, pulsating through the floor and into the limbs of the largely middle aged crowd, who seem suddenly energised as if plugged into a communal electric socket. Before long, the grey and balding hordes have forgotten all about their babysitters and tax returns and were bouncing around with the kind of beer fuelled abandon many had probably not experienced since their graduation parties.

For the next hour and a half, Barnes churned out a mixture of new and old material, although Leftism was noticeably absent (only the relatively unheralded Inspection (Check One) made an appearance). We did however get a barnstorming Africa Shox, with a coruscating light show to match, and a rousing encore of Phat Planet (AKA ‘the one from the Guinness ad’), which both proved that Rhythm And Stealth has some great, enduring tunes too.

The middle part of the set saw the introduction of guest vocalists Nicole Willis and Cheshire Cat, who added a soulful rap to Chant Of A Poor Man, another underrated cut from Rhythm And Stealth. But mostly this was Barnes’s show, and while he opted to spend large chunks of the evening lurking behind some slightly obtrusive translucent columns, his ability to command a crowd through the intelligence of his beats alone rendered his anonymity irrelevant.

At the end of a tight 90-minute set there were some murmurings of discontent that crowd pleasers like Open Up and Song For Life hadn’t made the cut, but there is more to Leftfield than just dusting off their greatest hits. For many in attendance the evening was also about briefly turning back the clock to a point in their own lives now two decades behind them, and Barnes ably demonstrated that the music of the ’90s was about much more than just Parklife and Wonderwall. Admittedly this was a performance that was clinical rather than inspiring, yet few could deny that Leftfield’s work retains much of the same heft and impact that made them so influential at their peak.