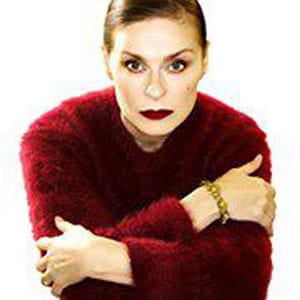 R & B may traditionally be seen as a predominantly American affair but, from Dusty Springfield to Emeli Sande, the UK loves its home-grown soul divas. Adele is clearly the most prominent current example but she is far from the first charismatic working-class British woman to conquer the world – while she was still in nappies, Lancashire’s Lisa Stansfield was selling millions of records and scoring number one hits in America. With features on the mega-selling soundtrack to The Bodyguard and a memorable role at 1992’s Freddie Mercury Tribute Concert (resulting in the number one hit with George Michael, These Are The Days of Our Lives), Stansfield was a bona-fide superstar. If she has never quite replicated the phenomenal success of seminal debut album Affection, she has quietly built up a formidable body of work – you know more Lisa Stansfield songs than you probably realise.

Nevertheless, 2004’s poorly-received The Moment seemed to bring her career to a juddering halt. It’s been eight years since that misadventure and but for a smattering of live performances and acting roles, Stansfield has been off the radar for most of that time. Indeed, it’s no stretch to imagine that many of the millions who currently swoon over Adele have never even heard of her illustrious antecedent. It seems fitting, then, that Stansfield has chosen a make her comeback in an extremely low-key manner. London’s modest Scala certainly isn’t the usual venue of choice for artists who’ve sold upwards of 20 million albums and it’s no surprise that even on a freezing cold Tuesday night in December it is tightly crammed with people (albeit of a significantly older demographic than is probably usual!) The crowdedness means that tempers start to fray as the minutes tick past the reported 9pm start time, with people impatiently slow-clapping and shouting at figures darting across the stage. It’s remarkable how quickly this tension evaporates when Stansfield finally makes her entrance, with a palpable wave of affection and excitement roaring towards the stage. It’s obvious that many have missed her.

A trite observation it may be but Stansfield barely looks different from when we last saw her almost a decade ago. More remarkably, she doesn’t sound any different either – as she kicks off with 1992’s Set Your Loving Free it’s quickly apparent that her lustrous, powerful voice is entirely intact. It’s also clear by the response to the following Mighty Love (an album track from Affection) that she is amongst friends. She may hail from Greater Manchester but this feels like a homecoming. Perhaps as a result, Stansfield quickly and visibly loosens up and appears to enjoy herself. As she launches into Change, one of her most famous hits, someone breaks from the mass singalong to shout ‘fucking legend!’ Stansfield laughs and demurs: “Thanks, but not quite yet!”

Many of the songs showcased tonight may be 10, 15, even 20 years old but their quality is enduring. An almost acoustic All Woman is utterly captivating while a lengthy medley of What Did I Do To You, People Hold On And Someday (I’m Coming Back) has the crowd disregarding the cramped space to dance with abandon. As Stansfield says, “It’s nice to be sweaty sometimes.” The medley also showcases the accomplished band whose rhythmic prowess is irresistible

Promisingly, three new songs sit easily alongside the classics. Can’t Dance in particular sounds like a future hit, its sensual rhythm and invitation to “crucify the dancefloor” sounding almost like Xenomania playing to Stansfield’s strengths. Her main asset is, of course, that voice and Stupid Heart is a bluesy ballad where it soars, full of aching sorrow. A compelling outing for Cole Porter’s Down In The Depths (which Stansfield covered for 1990’s AIDS benefit album Red Hot + Blue) further demonstrates her strength and versatility.

The concert couldn’t end any other way than with the song which remains Stansfield’s most famous, All Around The World. In a nod to the many parodies inspired by its lyrics, Stansfield alters the opening: “I don’t know where my baby is… one of these days I’m gonna give up looking!” It’s a sweet moment which the crowd laps up before almost taking over lead vocals for the rest of the song. It proves an ecstatic ending to a gig which knocked it out of the park. We’re promised a new album and a larger tour next year and, on this showing, they can’t come too soon. Welcome back, Lisa.