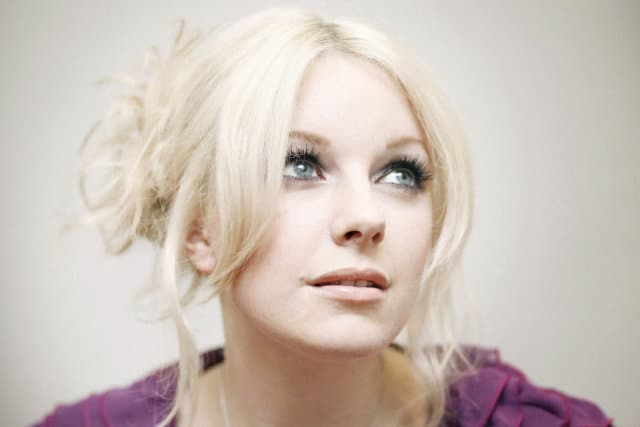 A decade ago, Victoria Hesketh had all stars aligned and was set to join them. Little Boots’ monster single Stuck On Repeat announced her arrival, and she promptly topped the BBC Sound Of 2009 poll and won the BRITs Critics Choice award. Signed to a major label, her debut solo album Hands was recorded in Los Angeles with production and co-writing credits shared among Hot Chip’s Joe Goddard, super-producer Greg Kurstin, Simian Mobile Disco’s Jas Shaw and Lady Gaga collaborators RedOne. It included a duet with The Human League’s Phil Oakey, and went Top 5, spawning two Top 20 singles and a slew of festival appearances along the way. Remixers lined up, from blog favourites Fake Blood and Drop The Lime to italo ambassador Alexander Robotnick.

Things then took a turn sideways. Hesketh set up her own On Repeat label and released two more Little Boots albums, working variously with Hercules And Love Affair’s Andy Butler, DFA producer Tim Goldsworthy, Gary Numan and Jean-Michel Jarre while operating a parallel career as an international touring DJ. Now, ahead of a mooted new album, Hands has been re-released with a bonus disc, coloured vinyl and anniversary shows either side of the Atlantic. Tonight’s London show sold out well in advance. A decade on, has Hands – and Little Boots – stood the test of time?

Resplendent in shimmery angular shoulderpads possibly rescued from the war rocket Ajax, Hesketh saunters on to the stage past her band, backing singers and a set of wobbly glittercones suggestive of a galactic Crossroads, and launches straight in to playful Hands opener New In Town. The line “I don’t have a lot of money but I’ll show you a good time” could have been written for her current stage show. She’s new in town no longer, but neither is her trademark Yamama Tenori-on which, despite its customary pride of place alongside her keyboards mic, is temperamental when receiving orders. Obedient during Earthquakes, it offers a gargantuan parp of protest before cranking up to an extended and much anticipated rendition of Stuck On Repeat. Penned with Kylie Minogue in mind, on release the track was compared with Donna Summer’s I Feel Love. It’s lost none of its potency.

Offering thanks to her fans for their support and suggestions, Hesketh reminds the room that she worked on Remedy with RedOne, who’d lent helping hands to Lady Gaga’s early material. It’s a comparison not lost, and there’s a mild thrill in hearing this arena-tooled banger in such intimate surroundings. Yet it’s striking that Hesketh, 10 years on, feels the need to divide her time between fronting the stage as a singer and disappearing behind the Tenori-on – which is unceremoniously banished from the stage after Meddle – to attend to her synths. When her focus is thus diverted, interaction with the audience dips. That’s a pity, for she’s an engaging compere.

She reminds us of some of what happened in 2009 – Obama taking to the Oval Office, Grindr being invented (people left her gig and invented it, she insists), her album’s release, La Roux’s album release (nobody boos this, perhaps forgetting any notion of electropop debutant rivalries). She reads out some early reviews of her songs, giving every impression that she still cares what people think of her art even as she eyerolls at the words. It’s difficult to imagine Gaga being as bothered and, given Hesketh’s career milestones and material to date, if there’s a lack of confidence it is not justified. As if to underline the point, Mathematics and Hearts Collide are here revealed to be proper live anthems. Symmetry, that Oakey duet on the recording, is enthusiastically performed with Tom Aspaul, an artist signed to Hesketh’s label. Even the Brechtian oompah of Ghost, arguably the album’s most throwaway track, acquits itself as a change of pace and mood.

Hesketh changes the pace entirely for the solo first encore, poised a la Gaga at a big red electric piano. Having performed in piano bars before Little Boots happened, in this guise she’s well able to hold the room with a for-the-fans medley of Hands ‘secret track’ No Brakes, lost single Echoes and a stark cover of Kate Bush’s Running Up That Hill. Amidst it all she tells us about the love of her life, a journalist who interviewed her ahead of Hands (reader: it was alas not me), underlining another way in which the album changed her life.

With her brother manning the merch stand and longtime fans willing her on, the mood is celebratory for a second encore of later material with the full band. Working Girl gives way to Shake, and seemingly half the room – including at least one pair of bare buttocks – join her on stage for an all-out, confetti-cannon-and-bubbles finalé. As a welcome reminder of starry beginnings and a dogged determination to succeed on her own terms since, all that’s missing from this endearingly chaotic show is the kitchen sink. A decade and much else besides has passed, but Victoria Hesketh is still with us. The new album can’t come too soon.