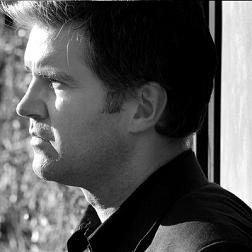 When Lloyd Cole opens his mouth the warm, familiar voice it emits could still be coming straight from the fresh faced, floppy haired young man who, with The Commotions, recorded some of the best loved pop songs of the mid-80s.

But the man before us looks like a cross between a circa-2010 Morrissey and Paul Morley; Cole’s aged and he’s acutely aware of it.

He’s always pursued self-deprecation with a sometimes alarming ferocity but tonight it’s on another level entirely. “I used to write songs about getting older, now I write them about being old,” he quips; “Old codgers!” he says of himself and guitarist Matt Cullen; “You’re not getting any younger either,” he accuses the audience. He might be saying it with his tongue lodged firmly in cheek, but new album, Broken Record, serves to again reinforce the fact that it has been a long time since Rattlesnakes.

Flanked by his Small Ensemble – two acoustic guitarists who have toured and recorded with him for the past 12 months – he seems more content than ever, reconstructing the old classics, perfecting some of his greater solo work and working in new songs that slot in seamlessly.

First up is No Blue Skies, soon followed by Easy Pieces’ Why I Love Country Music. In a nod to the demographic of his audience, he changes the lyrics of Perfect Skin to “She’s sexually enlightened by the Sunday Independent,” eliciting a chuckle from the pews.

He makes comfortable small talk throughout the show, the American twang he’s adopted from years of living in Massachusetts seeping in. He’s clearly got a firm grip on British culture though and, following on from his earlier Independent quip, looks intently into the crowd before shaking his head and saying, “Oooh Gareth Bale, eh?”

While his homeland has left its impression on him, so, too, has his new home, and this is more obvious than ever in Broken Record. His new band has a feast of acoustic guitars at its disposal; banjos, string guitars and mandolins, and while his core sound and themes have been maintained throughout his career, there’s a new country flavour to this version of Cole.

The album’s title track is a lush, rolling, reflective song that uses his voice to wonderful effect. Cole has never had a strong voice, but he’s always been clever with the way he arranges songs, using the music to direct them and, as he purrs the tear-inducing final line “not that I had much dignity left anyway,” it’s hard to believe, for the vast majority of ticket holders, this isn’t the song they came to hear.

The songs they want aren’t forgotten though. After a break his second set opens with the brilliant Are You Ready To Be Heartbroken and a lovely, gentle version of Rattlesnakes and an eerily intense rendition of Forest Fire.

An encore of Undressed and a mandolin laced Lost Weekend rounds up an evening which, despite being made up of two lengthy sets, flew by. His solo career has been somewhat hit and miss, but tonight his new record won us over and, if anyone needed it, reminded us what a great collection of songs Lloyd Cole has amassed.