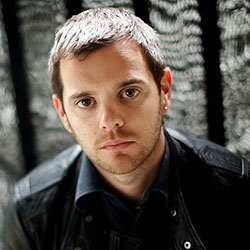 Canterburys Lounge On The Farm festival has charm by thebucketload. It likes to advertise itself as family safe, folky andcheerful if anything its in danger of coming across as too twee.With this in mind, nothing quite prepares you for the barrage ofvodka-guzzling, slightly-aggressive teens welcoming you into the mainarena with either a vacant stare or a troublesome one. It doesnt suita relatively low-key and otherwise relaxed setting. The booze-houndsand the sense of calm dont quite go hand in hand. It feels like anodd mix when you encounter both slashed tents and a quaint familycamping area in the space of 500 yards. Nevertheless, for everyadverse situation theres a getaway: Lounge On The Farm has these inspades.

The drunken furore a constant near the main stage – is a steepcontrast to the truly lovely Farm Folk setting: An enclosed,red-tinted tent where the audience sits down in peace, admiringbanjo-swindling acoustic acts. Most notable among these is JohnnyFlynn. Bereft of a full backing band for what appears to be thefirst time in a while, he has no trouble in asking a bellowingaudience to provide a similar duty instead. Also enjoying a passionategroup of fans is Melodica, Melody & Me, who seem to be thefirst Saturday act to get tranquil onlookers on their feet.

The remote Sheep Dip is another stage perfect for escape. A smallshaded area beside the stage beckons fans in but the majority of thosein close vicinity decide instead to bask in the sun. This is adifficult proposition for a band taking to the stage to see no-onestanding up as you soundcheck is bound to be daunting. Some acts adaptto this better than others: Braids, riddled with soundproblems, fiddle about with the highlights from debut album NativeSpeaker and transition pieces in between tracks fail to impress.Summer Camp, on the other hand, take to the challenge with ease:Elizabeth Sankey and Jeremy Warmsley step forward from the stage andprovide an impromptu acoustic number, serenading audience members.They then leap back inside, and demand that those lounging shouldreturn the favour by rising from their slumber and flocking forward towatch the set. The result is one of the performances of the weekend,with a loved-up, intimate atmosphere to accompany tracks from theYoung EP and a fan-funded debut album forthcoming.

Much of the Sheep Dip stage is frequented by industry people,representatives, journalists, checking out how a certain new band isprogressing. Nobody sparks quite as much interest as BrightonsGross Magic; fresh from a blogosphere meltdown caused by debuttrack Sweetest Touch. The live show needs refining but thesegrunge-indebted tracks are already poised for a bigger stage.

The main stage is a new addition to the festival, attracting biggeracts and a higher capacity all-round. Strangely, EverythingEverything dont seem to draw the kind of audience they ought toon the final night. But ferocious renditions of debut Man Aliveshighlights allow a static crowd to become gradually more appreciativeand dancey. Example doesnt have to win the crowd over. Hisset, like that of The Streets‘ headlining show, is met with anadoring raising of hands and a crowd ready to bounce from the verystart. The more effective main stage sets come from The JoyFormidable and The Vaccines, mainly for their ability to addsome much needed edge to an otherwise pop-orientated bill.

With the sun out for the majority of three days, some acts benefitand some seem to suffer. Pearl And The Puppets‘ sweet,summertime drawl is a perfect way to open the festival. On theflipside, the beatbox, sample-driven and very urban sounds coming fromJamie Woon‘s set require pitch-black scenery, as opposed to theblistering sun which he looks out to as he comes on stage. Despitethis, his inventive array of songs provide for one of the weekendsstand-out moments. Still Corners could also do with something alittle more sinister some kind of Twin Peaks-style, misty discowould suit. But like Woon, they cope superbly with the unsuitablescenery, blasting out the likes of Cuckoo and Endless Summer withdazzle and drama.

The getaways in the form of the Sheep Dip and Farm Folk stages are idyllic, relaxed havens. Due to both these and some lovelydecorative work, a nice selection of food and a few other additionsacross the site, the festival has managed to retain its charm despitemaking the bold move of adding a bigger stage. To some extent, thisyears festival attracted the wrong kind of people. Those complaining,however and believe me, there are lots were always presented withthe opportunity to bask in the rays someplace else, only a good twominutes from the supposed chaos.

Lounge On The Farm 2011 on Spotify